Sign Up for Free to View
An Exclusive First Look At 'Buried In The Backyard' Season 3, Episode 4 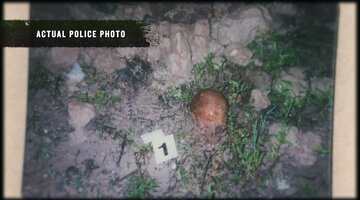 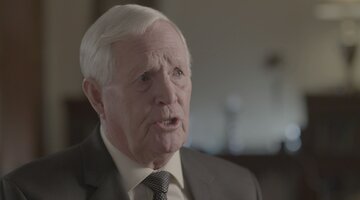 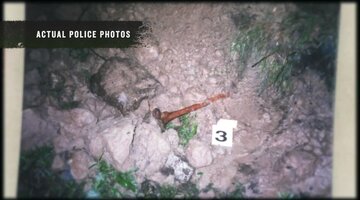 The fate of a private investigator who went missing in Pensacola, Florida in 2017 proved to an entire community that sometimes, you can’t always trust your friends.

On Sept. 8, 2017, Taylor Wright, a 33-year-old recently-divorced private investigator, was enjoying life with her girlfriend, Casandra Waller. The two had just moved in together and everything was going well, despite the stressful divorce proceedings that Taylor was going through with her ex-husband.

That day, Taylor went out with a friend, Ashley McArthur, in the hopes of relieving some of the stress, but it was a decision that proved to change not only her life, but also the lives of everyone around her.

"That was the last time that I ever saw Taylor," Waller told “Buried in the Backyard,” airing Thursdays at 8/7c on Oxygen.

As the day progressed, Waller lost contact with Taylor when she stopped responding to her text messages. She contacted Ashley, who said that Taylor had been stressed and crying throughout the day and needed time to herself. Things got even more strange when Taylor seemingly bailed on dinner plans with her girlfriend, telling Waller via text that she needed a few days to clear her head.

Waller knew that Taylor, as a private investigator, had the means and skills to disappear, and she grew worried.

"I don't have any clue what's going on. I just know that something's not right. I was scared,” Waller recalled.

Taylor's loved ones were also concerned because it was out of character for her to just disappear, especially without first contacting her young son. Waller then went to the police, who suggested that she reach out to Taylor's ex-husband, Jeff Wright, to investigate further on her own.

Jeff told Waller that their son had also been trying to reach out to Taylor, but he had not gotten any response. He then issued a startling warning, telling Waller that Taylor may get angry with her for involving the police in her business and that she should be careful.

Disturbed, Waller continued to search for her girlfriend and began calling hospitals in the area. After a week passed with no sign of Taylor, Waller filed a missing person’s report, and authorities began an investigation. They wasted no time speaking with Waller, and when her story checked out, they reached out to Ashley, who was the last person among Taylor's friends to see her before she vanished.

Speaking with the authorities, Ashley recalled that Taylor still seemed stressed at the end of their meeting and that she had gotten into an Uber to go get a drink. She also, however, revealed new information: Weeks earlier, Taylor had taken $34,000 out of a joint account that she shared with her ex-husband and had given it to Ashley to keep safe during the divorce proceedings. Even more shockingly, she said that on the day of their meeting, Taylor had picked up the money, put it in a duffel bag, and had taken it with her.

Authorities reached out to Taylor's ex-husband, who lived in North Carolina, to try to get to the bottom of what was going on. He claimed that he hadn't heard from his ex-wife since Sept. 9, when she sent him a text message. Authorities, however, focused on the fact that Jeff and Taylor were allegedly in the midst of a contentious custody battle.

"Taylor was 110 percent absolutely bothered by the fact that she didn't have custody of her son," Waller recalled. "She was fighting that."

Jeff, who was in the military and had since remarried, told investigators that he was out of town when his ex-wife disappeared, and his alibi checked out. Investigators then made their way to Ashley’s house — the last place Taylor was known to have visited before vanishing.

Ashley's husband, Zach McArthur, said he had no idea where Taylor had gone, and an initial search of the house yielded nothing strange. Ashley soon dropped a bombshell on investigators, however, claiming Taylor had had an affair with a woman in another town while she was seeing Waller, and that the couple had argued about it in the past.

That was enough for investigators to search Waller's residence for any signs of foul play. They found Taylor's ID, passport, money, and — shockingly — a revolver that was missing a bullet.

During an interview with investigators, Waller said that she had purchased the gun after Jeff told her that Taylor had gotten violent with him in the past. While weeks passed and Taylor failed to appear, a break in the case was not made until investigators were finally granted access to Taylor's phone records. Within them, they discovered that Ashley's story of where she and Taylor had been on the day she vanished did not match up with where the phone records placed them.

Authorities zeroed in on Ashley and began searching her and her husband's bank and phone records. They soon learned that on the day that Taylor was last seen alive, Ashley had made numerous calls from another property owned by the McArthurs in a different part of town than where Ashley originally claimed to have been. Additionally, authorities learned that Ashley had deposited Taylor's $34,000 check into her bank account.

While records showed that Zach was not in the area on the day of Taylor's disappearance, suspicion toward Ashley continued to grow. Authorities were able to obtain a search warrant for three different properties owned by the McArthurs, and on the day that they planned to execute the warrants, they invited Ashley down to the station for an interview to keep her out of the way.

While Ashley denied having anything to do with Taylor's disappearance, a search team combed the farm where, phone records showed, Ashley and Taylor had been together on the day that she went missing. They initially turned up empty-handed, and investigators were forced to release Ashley. Those who continued to search the farm in question, however, soon came across a disturbing discovery: a human skull with a bullet hole.

Investigators began extracting the body and found a necklace that they had seen Taylor wearing in a photo.

"My gut told me at that point that it was going to be Taylor," Bridgette Jensen, a lead prosecutor in Wright’s case, told producers.

Jensen’s suspicions were correct: Dental records later proved it was Taylor's body. Around a month after her disappearance, Taylor had finally been found, and Ashley, who still denied any wrongdoing, was arrested for first-degree premeditated murder.

For Taylor's loved ones, the news that she had been found dead and that Ashley — a dear friend — had been arrested for her murder was devastating.

"I couldn't believe it ... I lost it. It was hard, it was emotional," Waller told producers.

Ashley stood trial for Taylor's murder two years later, and prosecutors laid out the series of events to a packed courtroom: On Sept. 8, 2017, Taylor told Ashley that she needed the $34,000 check back, but by then, Ashley had already used the money to pay off her credit cards and buy a motorcycle.

Still, Ashley picked up Taylor under the guise of going to the bank, but she likely made up a story about needing to stop by the farm, where Taylor’s body would later be found. It was there that Ashley shot her friend in the back of the head, prosecutors claimed, and then buried her body underneath potting soil and concrete.

She then used Taylor's phone to send messages to people in order to make it look as if Taylor was still alive. As a former crime scene technician, Ashley knew exactly how to cover her tracks.

After a four-day trial, a jury found Ashley guilty, and a judge sentenced her to life in prison with a mandatory 25 years served.

"We got the verdict we had been waiting for for two years. We finally got the justice that Taylor deserved," Waller said.

Still, the pain caused by Ashley's actions was immeasurable.

"I never saw it coming, and that's what's scary," Waller recalled. "She knew what she did, and the whole entire time, she was pretending to be my friend. Ashley took somebody that I loved."

For more information on this case and others, check out “Buried in the Backyard” on Oxygen.com.

Calling All True Crime Fans
Oxygen Insider is your all-access pass to never-before-seen content, free digital evidence kits, and much more!
Sign Up for Free
All Posts About
Missing Persons
Related