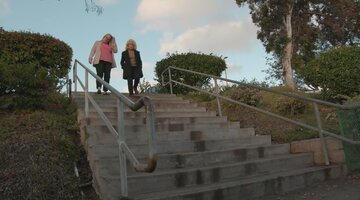 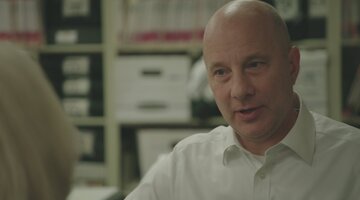 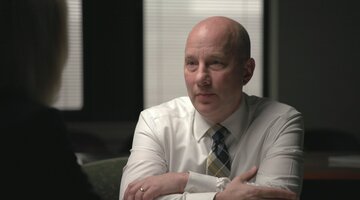 Samuel Little, dubbed "the most prolific serial killer in U.S. history" by the FBI, targeted vulnerable women for decades, preying on sex workers and drug users.

Following his capture in 2012, Little confessed to 93 murders, and since then, a few of his survivors have opened up about their near-death experiences with the ruthless killer.

Laurie Barros was just 22 years old when she was abducted and attacked by Little. In “Catching A Serial Killer: Sam Little,” streaming now on Oxygen, Barros recounted how she was nearly strangled to death.

While working as a sex worker on the night of Sept. 27, 1984 in San Diego, California, Barros said that Little pulled up in a car, grabbed her, and threw her inside.  He then drove her up a steep gravel road to a field, as Barros tried to “hold back her fear.”

Little, she said, threw her into the backseat, tied her hands behind her back, and began strangling her.

"My natural reaction then was to fight, and it just made him push harder … It was a game to him," Barros recalled.

In the midst of the attack, Barros said she came to the terrifying realization that this was Little’s plan all along — he wanted to kill her, not have sex with her. She drifted in and out of consciousness multiple times, and when she came to, Little asked her to “swallow.”

“He says, ‘I like it when you swallow,” Barros said.

When Little was through, he tossed Barros out of the car and drove off. Barros said she played "dead" for 30 minutes before getting up, terrified that he was still in the area. She eventually made her way to a phone booth and called a friend to pick her up.

Hours later, Barros’ friend urged her to file a police report, and she provided authorities with a description of Little, his car, and the location of the attack.

One month after the incident, San Diego Police Department trainee Wayne Spees and his partner read up on Barros’ report, and while out on patrol, they decided to stake out the crime scene in hopes of tracking down the suspect.

On Oct. 25, 1984, they caught Little attacking another woman. He was quickly taken into custody, and authorities collected a DNA sample, which was later uploaded to the national DNA database CODIS.

The victim survived, and Little was charged with attempted murder, rape, assault with intent to cause great bodily injury, and other related sexual charges.

The woman and Barros testified against Little at a joint trial in the mid-1980s. Little was offered a plea deal, and he was given four years in prison for assault and false imprisonment. He was released in 1987 on good behavior after two and half years.

"I don't feel like I ever did get justice because he only got four years for attempted murder," Barros told “Catching a Serial Killer: Sam Little.” “So, to me, that was just like, 'See? It confirms you are worthless. You're not worth much.'"

After serving time in San Diego, Little traveled to Los Angeles, where he continued his murder spree. It would be almost 30 years before Barros would have to come to grips with what happened to her — and reveal the truth about her past to her family.

In 2012, Little was arrested at a homeless shelter in Louisville, Kentucky, and extradited to California after his DNA came back as a match to multiple unsolved Los Angeles murders.

He was later charged with three counts of murder and special circumstances for multiple murder, according to the Los Angeles Times.

Barros, who went on to study psychology and criminal justice, was asked to testify against Little once again.

"The worst part was having to tell my daughter," she said. "I worked so hard when both my kids were born to be a good mom, a good influence, a good role model. And the worst of it was having to tell her that I had engaged in prostitution, something I never, ever saw myself doing."

Little was found guilty in 2014 and sentenced to three consecutive life terms without the possibility for parole, the Associated Press reported.

Since then, Little has pleaded guilty to murdering five women in Texas and Ohio, resulting in additional life sentences, according to The Plain Dealer newspaper.

The FBI has released a timeline of Little’s life and crimes, and he continues to detail his murders, even drawing victim sketches in the hopes of identifying them.

How To Watch '12 Dark Days Of Serial Killers'