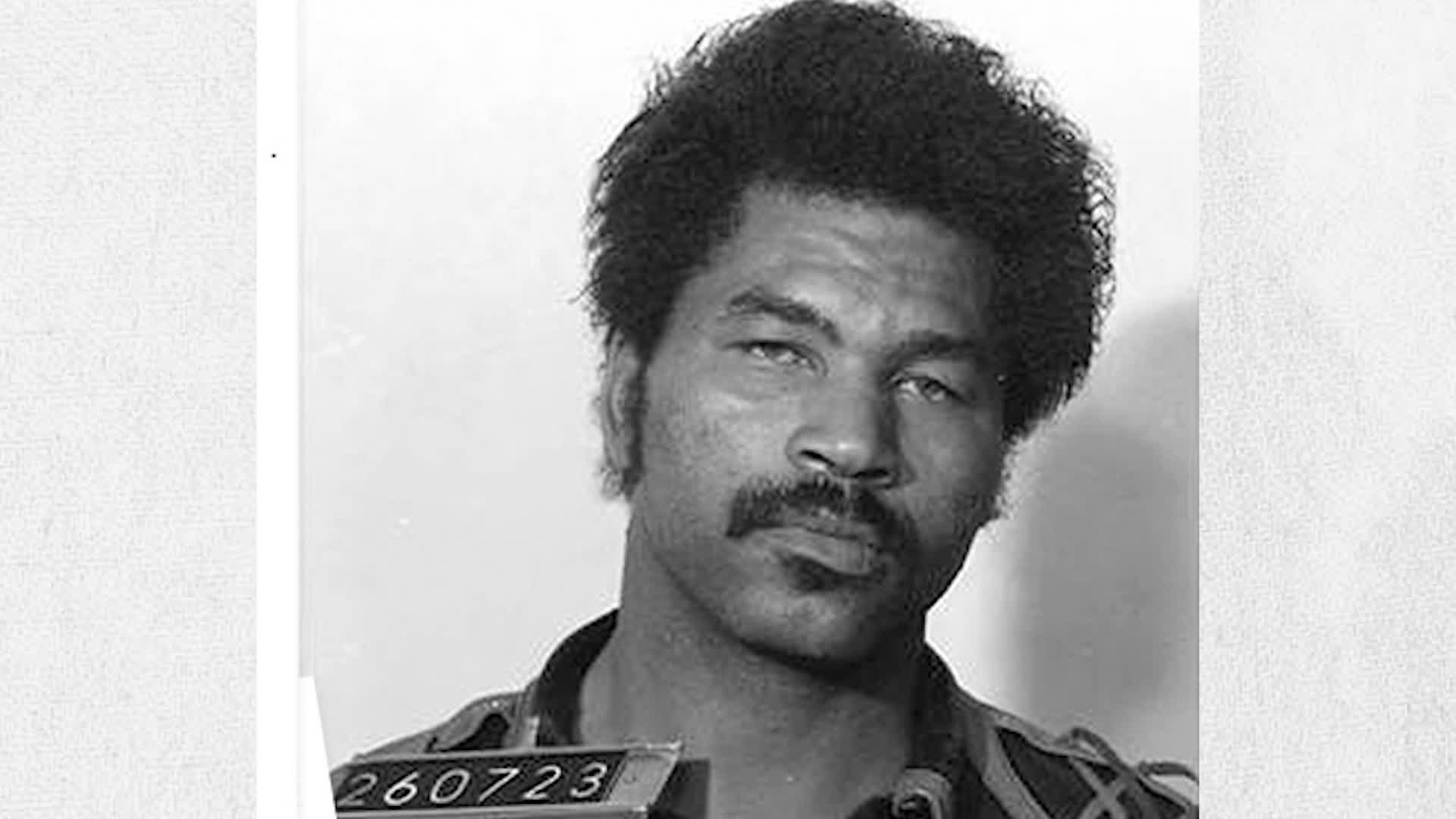 For nearly four decades, serial killer Samuel Little murdered and abused women, hiding in plain sight and preying on the most vulnerable members of society.

A career criminal with almost 100 arrests, he was in and out of jail throughout his life for numerous offenses, but it wasn’t until he reached his 70s that the extent of his crimes would be uncovered.

A transient who seldom stayed anywhere for long, Little left bodies and brutalized victims as far north as Cleveland, Ohio, down to the tip of Florida, and all the way out to California. He targeted drug users and sex workers, women whose claims of abuse and tragic deaths were often overlooked by law enforcement.

Years after his 2014 conviction for three Los Angeles murders, Little revealed to investigators his horrific cross-country, multi-decade murder spree. He ultimately confessed to killing 93 women between 1970 and 2005.

While many of his victims remain unidentified, the FBI believes all his claims are credible, and in 2019, they declared him “the most prolific serial killer in U.S. history.” “Catching A Serial Killer: Sam Little,” premiering Sunday, April 12 at 7/6c on Oxygen, explores how the calculated killer evaded capture and was eventually brought to justice.

Little was born on June 7, 1940 in Reynolds, Georgia, a small town 100 miles south of Atlanta whose population hovers around 1,000. His mother was 16-year-old Bessie Mae Little, and his father was a 19-year-old named Paul McDowell. Throughout his life, Little would use the alias “Samuel McDowell.”

Little claimed his mother was a sex worker, or in his words, “a lady of the night,” according to The New York Times. He later moved to Lorain, Ohio, outside of Cleveland, where he was raised by his paternal grandmother.

Although he wouldn’t commit his first murder until he was 29, Little’s strangulation fetish went back to childhood. He told investigators he got his first erection while watching his kindergarten teacher touch her neck, and that as a teenager, he pinned a photograph from a true crime magazine of a female strangulation victim to his bedroom wall, reported the Los Angeles Times.

At just 13 years old, Little was sent to the Boys’ Industrial School, a teenage reformatory outside Columbus, Ohio. He claimed it was punishment for stealing a bicycle, according to Cleveland Magazine. During his year and a half stay there, he amassed 47 disciplinary infractions.

Throughout his youth, Little had several more run-ins with the law, including a 1956 arrest for a burglary in Omaha, Nebraska, and a break-in at a Lorain dry cleaners, for which he was sent to the Ohio State Reformatory in Mansfield. Closed by court order in 1990 due to overcrowding and inhumane conditions, the prison is best known as the filming location for “The Shawshank Redemption.”

Little was eventually paroled, but he was sent back to Mansfield in 1961 for breaking into an abandoned furniture warehouse in Elyria, Ohio, according to Cleveland Magazine. He received a three-year sentence, which would be his longest prison stretch until he was finally captured in 2012, according to Cleveland’s Plain Dealer newspaper.

It was at Mansfield that Little learned to box, a skill he would use as a serial sex abuser and murderer. Before strangling his victims, he would often knock them out with a punch to the head.

Having spent most of his teenage years and young adulthood incarcerated, Little was paroled from Mansfield in December 1964 at the age of 24, but he was arrested again two years later for assault and battery after attacking a woman in Cleveland, according to Cleveland Magazine.

Around this time, he got married in Lorain, but the union didn’t last. By the late 1960s, Little relocated to Miami, Florida.

It was there that he picked up Mary Brosley at a local bar on New Year’s Eve 1970. In the early hours of 1971, they drove to a deserted stretch of road near the Florida Everglades where Little committed his first murder, strangling Brosley and burying her in a shallow grave, according to the South Florida Sun-Sentinel.

Over the following three years, Little said he committed multiple murders in Miami, including a transgender women named Marianne, according to The New York Times. He also claimed he killed a woman in Prince George County, Maryland, in 1972, which has been matched to a pre-existing Jane Doe case, according to The Washington Post.

Little soon returned to Cleveland, where he was arrested for armed robbery and later charged with sodomy, reported The Plain Dealer. He was ultimately acquitted of the robbery, and the sodomy charges against him were never pursued.

Soon after, Little took up with a woman named Orelia “Jean” Dorsey, who was 30 years his senior. Dorsey was a “shoplifting expert” and taught him how to fence stolen goods, according to Cleveland Magazine. They would remain together until her death from a brain hemorrhage in 1988.

Little and Dorsey moved around the Midwest and South throughout the 1970s, and the two supported themselves by stealing and other odd jobs. While he was arrested for an assortment of petty crimes, he spent little time in jail, according to The Plain Dealer.

At night, after Dorsey went to bed, Little would hunt for victims. Although he confessed to multiple murders across both regions during this period, most of his victims’ identities remain unknown, according to the FBI.

This undated photo provided by the Ector County Texas Sheriff's Office shows Samuel Little. A Texas prosecutor says Little, convicted in three California murders but long suspected in dozens of deaths, now claims he was involved in about 90 killings nationwide. The prosecutor says Little is now charged in the 1994 death of a Texas woman. He says investigations are ongoing, but Little has now provided details in more than 90 deaths dating to about 1970. (Ector County Texas Sheriff's Office via AP) Photo: Associated Press

In September 1976, Little was arrested after kidnapping and raping a woman outside St. Louis, Missouri. His victim said Little choked and beat her before raping her in his car. He was convicted of assault with intent to ravish-rape and sentenced to three months in county jail, according to the Associated Press.

Little went on to lurk the Gulf Coast, claiming victims along the way. He viciously assaulted two sex workers in Pascagoula, Mississippi, but both managed to survive the attacks and testify against him decades later, according to the Los Angeles Times.

In Pascagoula, Little was also arrested for shoplifting, and he was later charged with the murder of Melinda Rose LaPree, who was last seen getting into a car with a man identified by witnesses as Little. A grand jury, however, declined to indict him.

Little was subsequently extradited to face charges for the rape and murder of Patricia Ann Mount in Gainsville, Florida. He had been seen leaving a bar with Mount, whose bruised, naked body was later found in a field. He was acquitted on all charges, according to The Gainesville Sun.

Little’s murder trial did little to quell his thirst for violence. He told investigators he went on to kill up to 10 women in the South and Midwest, and some of these have been linked to existing cold cases, such as the murders of Mary Jo Peyton and Frances Campbell.

By late ‘84, Little had landed in Southern California, where he was arrested for assaulting two women in San Diego. He was tried for attempted murder and pleaded guilty to assault and false imprisonment and served two and a half years in prison, according to The San Diego Union Tribune. Upon his conviction, Little had to submit a DNA sample, which was entered into a national database maintained by the FBI.

After his release from prison in 1987, Little relocated to Los Angeles. Then suffering from a surge in homicides due to the crack epidemic and gang violence, the city became a hunting ground for a slew of serial killers who preyed on women in high-crime areas, according to New York Magazine. Little confessed to numerous murders in L.A. throughout the ensuing decade, reported the FBI.

He also continued his itinerant ways, traveling across the Southwest and up to Ohio, killing as he went. Little claimed his final victim was a woman he strangled in Tupelo, Mississippi, according to the Los Angeles Times. Investigators suspect his victim was Nancy C. Stevens, whose body was found on the side of the road in August 2005, reports local NBC affiliate WTVA.

Two years later, Little was back in Los Angeles, where he was arrested for possession of cocaine. He pleaded guilty and was ordered to attend a court ordered drug rehabilitation program. Little never showed up, and a bench warrant was issued for his arrest.

Little was not linked to the serial murders until 2012, however, when Los Angeles Police Department detectives discovered that genetic information gathered from two unsolved homicides — the 1989 murders of Audrey Nelson and Guadalupe Apodaca — were a match to Little’s DNA.

By tracking his social security payments, detectives located Little at a homeless shelter in Louisville, Kentucky. The U.S. Marshals Fugitive Task Force took the 72-year-old into custody and extradited him to California under the outstanding narcotics warrant, according to New York Magazine.

While in custody, Little’s DNA was also matched to the 1987 murder of Carol Alford. He was indicted on three counts of murder with special circumstances for multiple murder in April 2013, reported the Los Angeles Times.

The jury found him guilty on all counts, and he was sentenced to three consecutive life terms without the possibility of parole, according to the Los Angeles Times.

Despite his conviction, Little maintained his innocence until 2018, when he agreed to be interviewed by Texas Ranger James Holland, who was assisted by FBI analysts Christie Palazzolo and Angela Williamson.

Over the following year and a half, Little confessed to 93 murders during 650 hours’ worth of interviews, according to the Los Angeles Times. When he could remember them, he gave the names of his victims and dates of their murders. When he could not, he drew vivid portraits to help authorities identify them.

Drawings by Sam Little of his victims. Photo: FBI

After opening up to investigators, Little pleaded guilty to the 1994 murder of Denise Christie Brothers in Odessa, Texas. By cooperating with prosecutors, he avoided the death penalty and received another life sentence, according to NBC News.

Little also pleaded guilty to four Ohio murders — Anna Stewart in 1981, Mary Jo Peyton in 1984, Rose Evans in 1991 and a “Jane Doe” whose body has yet to be discovered. As a result, Little was sentenced to four additional consecutive life terms, according to The Plain Dealer.

The FBI has since released a timeline of Samuel Little’s murders on its website, which includes all available details in the hope of identifying more of his victims. Now 79, Little is in poor health and currently incarcerated at the Los Angeles County State Prison.

To learn more, watch the premiere of “Catching A Serial Killer: Sam Little" on Sunday, April 12 at 7/6c on Oxygen.