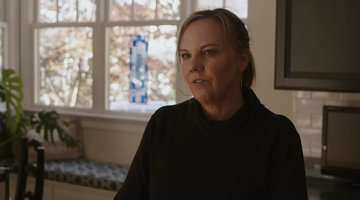 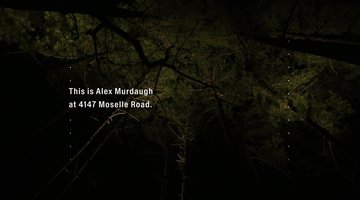 Buster’s name was among a list of more than 250 names of potential witnesses read in court Monday to the prospective jury pool as the former legal scion’s trial got underway, according to Greenville News.

Murdaugh has been accused of gunning down his wife Maggie, 52, and son Paul, 22, at the family’s Colleton County hunting compound in June of 2021—a crime he has pleaded not guilty to.

RELATED: University of Idaho Suspect Reportedly Sent Series Of Messages To Victim On Instagram Before Killings

Gloria Satterfield died in February of 2018 after a slip and fall at the Murdaugh home. After her death, Murdaugh is accused of convincing her sons to file a wrongful death suit using an attorney he recommended, then collecting the $4.3 million settlement for himself.

Another family housekeeper, Barbara Ann Mixon, is also on the list of possible witnesses, along with the Satterfield’s family attorney Eric Bland.

Jurors could also hear from Curtis Edward Smith, the man authorities have accused of trying to help Murdaugh with a botched assisted suicide attempt in September of 2021. Authorities allege Murdaugh hired Smith, a former client, to shoot him along the side of a South Carolina road in an attempt to secure a $10 million life insurance policy payout for his son, Buster, according to an affidavit previously obtained by Oxygen.com. Murdaugh received only a minor head wound and survived.

Members of the Laffitte family, who own the Palmetto State Bank, are also on the potential witness list including Russell Laffitte. The banking executive was convicted in November of wire and bank fraud after prosecutors accused him of helping Murdaugh in the latter's alleged scheme to steal money from Murdaugh’s former law firm and legal clients.

Chad Westendorf, who served as the bank’s vice president and is also facing charges in connection to the alleged financial crimes, is also on the list, The State reports.

The jury could also hear from several people affiliated with a deadly 2019 boat crash involving Murdaugh’s late son, Paul. Before his death, Paul had been accused of operating a boat while under the influence in February of 2019 that led to the death of 19-year-old Mallory Beach.

One of the other passengers on board that night, Morgan Doughty, was listed as a potential witness in the trial along with attorney Mark Tinsley, who represents Beach’s family in a wrongful death suit against Alex and Buster. Doughty had been dating Paul at the time of the fatal crash.

Officials did not identify whether any of the possible witnesses would be testifying for the prosecution or the defense.

One name that has been under contention is Tom Bevel, a former Oklahoma police officer turned blood spatter expert, who examined a white T-shirt Murdaugh had been wearing the night of the murders. Murdaugh’s defense team has asked the judge in the case to exclude his testimony after questioning his methods.

The two sides agreed to put the issue aside until prosecutors decide whether they’d like to call Bevel, according to The Post and Courier.

The third day of jury selection is expected to continue on Wednesday. If attorneys are able to determine a jury of 12 people and six alternates to hear the case, the opening statements could begin as early as Wednesday afternoon.

Serial Killers Who Were Married While They Murdered