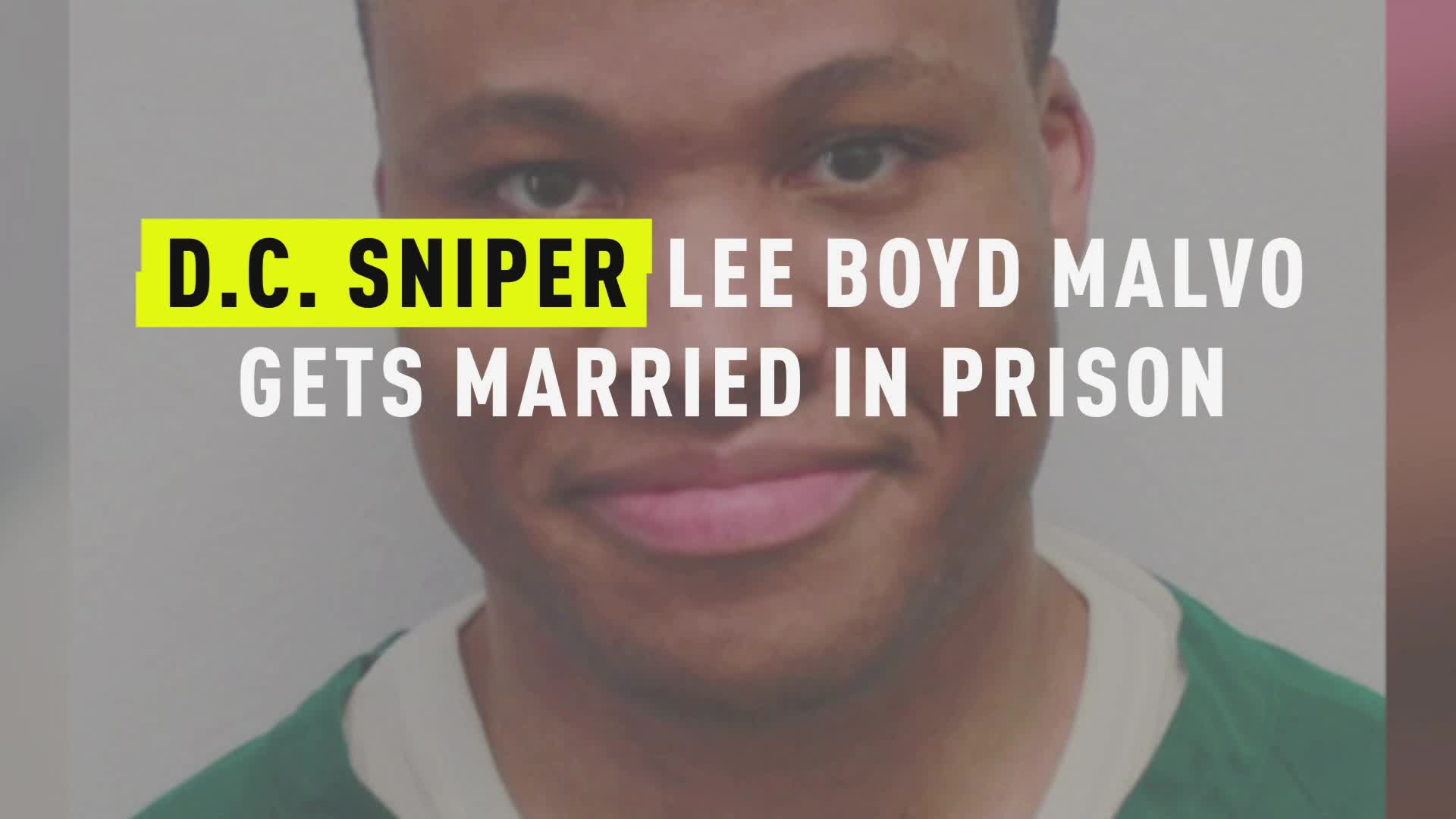 A man currently serving life in prison for his role in the deadly D.C. sniper attacks has gotten married behind bars.

Lee Boyd Malvo, 35, was 17 years old when he joined John Allen Muhammad in 2002 in terrorizing Virginia, Maryland, and the District of Columbia with a series of random shootings that killed 10 people and wounded three others.

While Muhammad was sentenced to death and executed, Malvo is serving a sentence of life without parole at Red Onion State Prison in Virginia — where he also got married earlier this month, the Associated Press reports.

Carmeta Albarus, who the outlet describes as a mentor figure in Malvo’s life, stated that she attended the ceremony and witnessed Malvo marry a woman. Albarus declined to name the bride in question.

“Over the past 17 years, he has grown despite his conditions of confinement,” she told the Associated Press over the phone. “He has grown into an adult, and has found love with a wonderful young lady. ... It was a beautiful ceremony.”

Before Muhammad and Malvo were captured, they spent three weeks in October 2002 targeting random individuals at locations like gas stations and parking lots. In order to carry out the killings and make a quick getaway, the pair had outfitted the back of their blue 1990 Chevy Caprice with a secret firing port, which they used to target their victims while remaining largely hidden, according to a 2003 CNN report.

The pair, who were also known as the Beltway Snipers, were captured after authorities found them sleeping in their car at a rest stop in Myersville, Maryland, the New York Daily News previously reported.

Muhammad was executed by lethal injection in 2009, but due to his age at the time that the crimes were committed, the death penalty wasn't on the table for Malvo, according to CNN.

Malvo was instead sentenced in Virginia to life without parole, but new legislation passed last month — which gives juvenile offenders the option of parole after serving 20 years of their sentence — would seemingly mean that Malvo could be up for release as early as 2024, the Associated Press reports. However, it is unlikely that Malvo will walk free, as he was also handed a life sentence in Maryland in addition to the sentence he’s currently serving in Virginia.