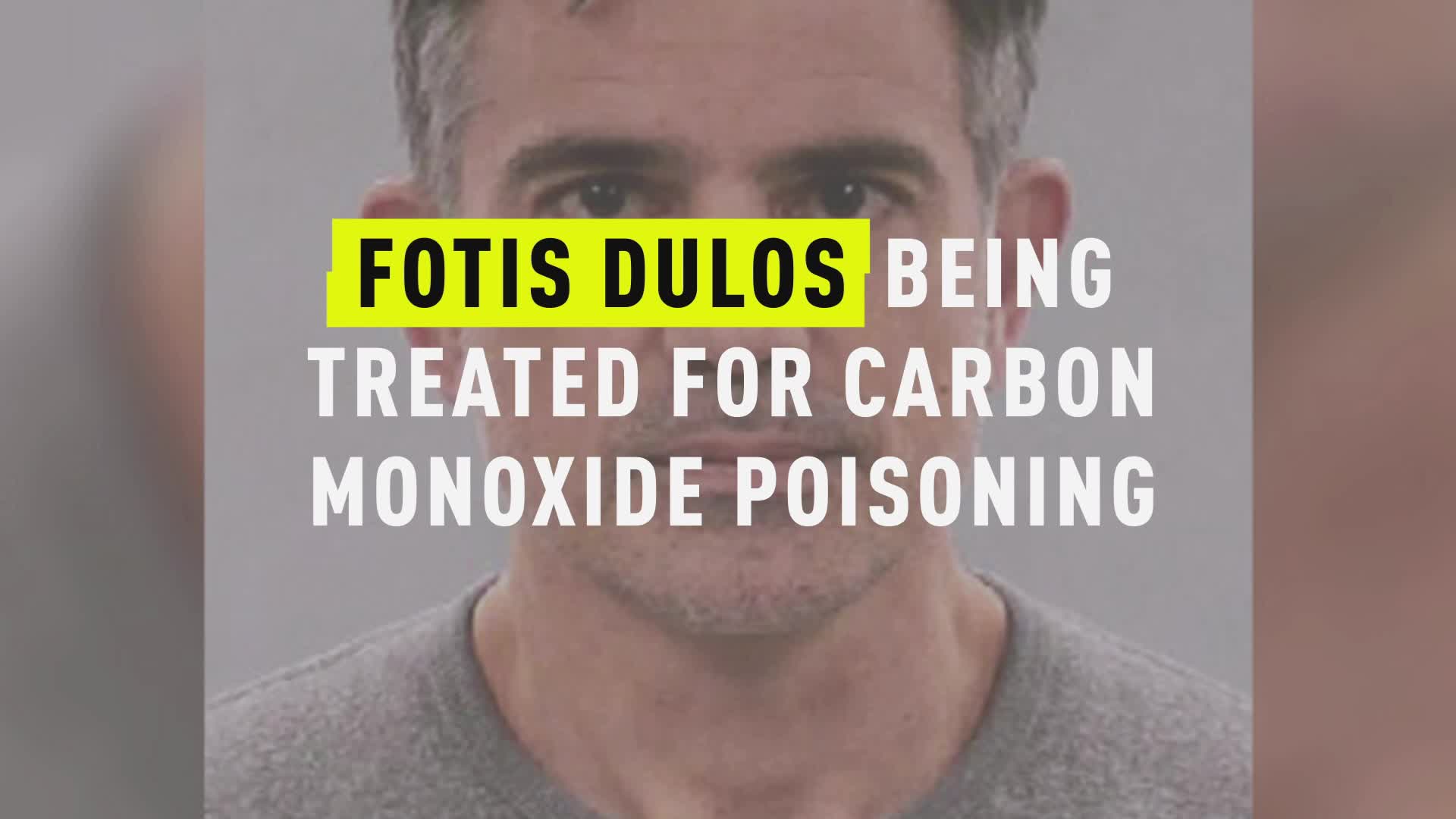 A judge has increased Fotis Dulos’ bond by half a million dollars a day after Dulos' attempted suicide by carbon monoxide poisoning.

Dulos’ bond was raised by $500,000 to $6.5 million on Wednesday as a judge ordered Dulos to be re-arrested if he recovers, according to WTNH in New Haven, Connecticut. Dulos, who is accused of killing his estranged wife, Jennifer Farber Dulos, in May, was hospitalized in critical condition following a suicide attempt Tuesday.

He was found unresponsive in his garage after he neglected to show up for a scheduled emergency hearing related to his $6 million bond.  A hose was spotted attached to the tailpipe of Dulos’ Chevy Suburban, parked in the garage, the New York Post reports. One of Dulos' lawyers, Rich Rochlin, told NBC News that he'd attempted to kill himself.

Dulos has been listed in critical condition at the Bronx’s Jacobi Medical Center and is being treated for what authorities have described as carbon monoxide poisoning, according to the Associated Press. His attorney Norm Pattis told NBC Connecticut that Dulos will be placed in a hyperbaric chamber for oxygen treatment, a tactic often used to treat carbon monoxide poisoning.

While Pattis declined giving details on his client’s condition at a press conference held after Wednesday’s hearing, he said, “His medical condition is dire and we look forward to having that fight and obviously he’s in our prayers.”

By fight, Pattis meant the battle over the bond revocation of Dulos’ $6 million bond. Tuesday's original hearing was to determine if Dulos' bond would be revoked, thus ending with him behind bars again. His bond’s insurer, the Palmetto Surety Company, raised concerns over the bond’s collateral and are seeking to have it revoked. A copy of its motion, obtained by a News12 reporter, reveals that the company's risk analyst discovered "imperfections in the collateral" that Dulos had provided as as security for the bond. Two of Dulos' properties being used as collateral are currently in foreclosure, according to the motion.

Pattis said that if his client is able to recover and return to court, his team would address the bond revocation motion at that time and the claim that there is inadequate security to hold it. He did add that if there is an issue, it's between the bond company and its insurer and that it’s not an issue for Dulos. If Dulos' health stabilizes, his defense can also file a motion to vacate rearrest.

At the presser, Pattis echoed a sentiment he earlier told NBC Connecticut, stating that he felt he left his client down.

“I look back and wonder what I missed,” he told reporters, referencing the guilt he says he harbors over the reported suicide attempt.

Pattis told reporters that his client is not in custody in New York and clarified that guards have been posted in the hospital for him due to reporters trying to sneak in to see Dulos.

Jennifer vanished May 24 amid a heated custody battle with Dulos. In court papers filed in the proceedings, Jennifer said she feared retaliation from her estranged husband for filing for divorce. Investigators believe Dulos killed her.

An arrest warrant issued by investigators alleged that Dulos was “lying in wait” for Jennifer the day she vanished and that “the crime and clean-up are believed to have occurred” shortly after. A Connecticut State Police arrest warrant, obtained by Oxygen.com, asserts that — although Jennifer’s body was never found — she likely suffered “non-survivable” injuries in her garage, which "likely include some combination of traumatic, blunt-force injuries such as bludgeoning/beating, and/or sharp-force injuries such as a stabbing/slashing."

Pattis stated he hopes his client recovers so “we can vindicate him in a court of law.”

Dulos isn't the only person facing charges in Jennifer's disappearance: his (possibly former) girlfriend Michelle Troconis and his former civil lawyer Kent Douglas Mawhinney have both been charged with conspiracy to commit murder in the case.

Fotis Dulos' Bond Hearing To Go On Despite Suicide Try