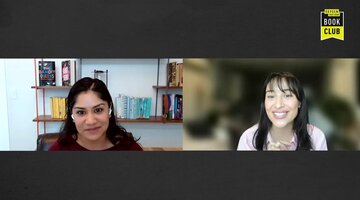 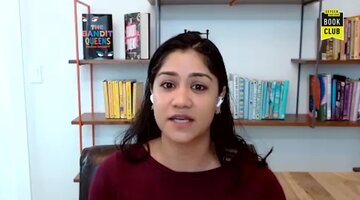 Now Playing
4:04
Oxygen Book Club
Learn About the Women and Real Life "Bandit Queen" at the Center of New Novel by Parini Shroff

In most books about murder, it's difficult to really understand why someone would be pushed to kill. But in Parini Shroff's new book "The Bandit Queens," it's hard not to feel sympathy for these women who want to see their husbands dead.

The fictional read is about a woman named Geeta, who's rumored to have killed her husband. Women in her tiny Indian village soon start flocking to her, in the hopes she can help them get rid of their own horrible husbands. Laced with dark humor and plenty of suspect, "The Bandit Queens" is Oxygen Book Club's January 2023 pick.

"Five years ago, Geeta lost her no-good husband. As in, she actually lost him—he walked out on her and she has no idea where he is. But in her remote village in India, rumor has it that Geeta killed him. And it’s a rumor that just won’t die.

It turns out that being known as a “self-made” widow comes with some perks. No one messes with her, harasses her, or tries to control (ahem, marry) her. It’s even been good for business; no one dares to not buy her jewelry.

Freedom must look good on Geeta, because now other women are asking for her “expertise,” making her an unwitting consultant for husband disposal.

And not all of them are asking nicely.

With Geeta’s dangerous reputation becoming a double-edged sword, she has to find a way to protect the life she’s built—but even the best-laid plans of would-be widows tend to go awry. What happens next sets in motion a chain of events that will change everything, not just for Geeta, but for all the women in their village."

Read "The Bandit Queens" with Oxygen Book Club, and keep an eye out for our video interviews with the author, as well as guided discussion questions. Happy reading!