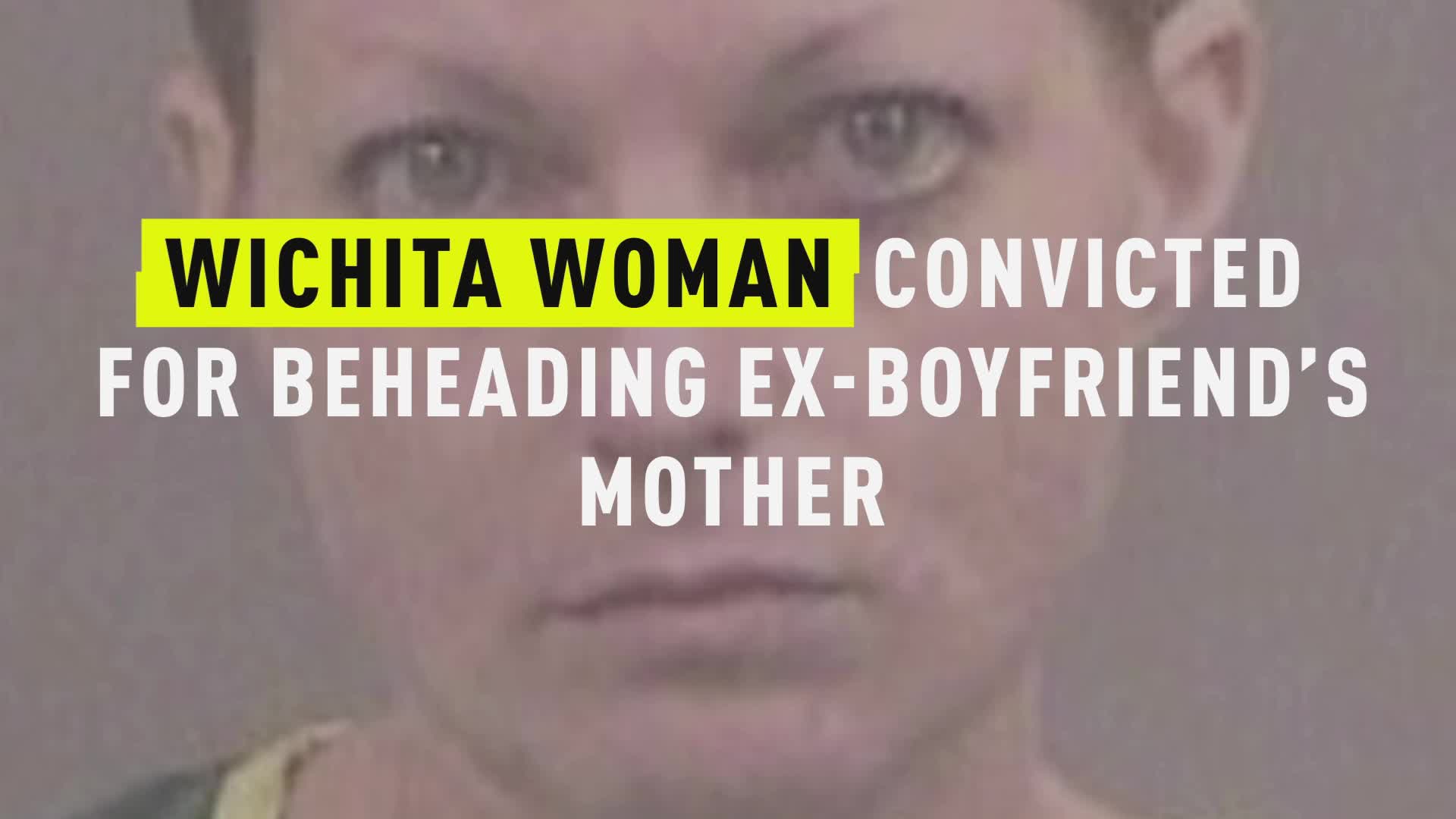 A Kansas woman accused of decapitating her ex’s mother by using steak knives was found guilty of murder this week.

Wichita's Rachael Hilyard was convicted on Thursday, February 6, on a charge of first-degree, pre-mediated murder for the killing of Micki Davis at Hilyard's home nearly three years ago, according to an arrest affidavit obtained by Oxygen.com.

Davis was the mother of the woman’s former romantic partner, prosecutors explained.

“We’re just pleased with the verdict; the jury was able to follow the state’s evidence and come to the right conclusion,” Sedgwick County District Attorney Marc Bennett told Oxygen.com.

Bennett said that Hilyard killed Davis “without any provocation, kind of out of nowhere,” in the April 2017 attack.

“It’s a very shocking crime,” Bennett said, commending the jury for their work on the troubling case.

“The hardest part of the case was making it make sense to the jury because it was such a senseless act of extraordinary violence,” he explained. “To listen to crimes of violence like this, all of us owe those folks a debt of gratitude.”

Wichita police first responded to the scene on April 9, 2017, after Davis’ 9-year-old grandson called 911. He told operators his father’s ex-girlfriend was “hurting” his grandmother and was also trying to kill him.

“Out of nowhere, she pushes his grandmother to the ground, [and] begins beating her up,” Bennett said. “Grandma looks at the 9-year-old, says, ‘help,’ [he] runs to the truck, locks himself in the truck, and calls 911.”

The young boy later jumped out of his grandmother’s white Ford Ranger and took off running down the block.

When officers arrived at Hilyard’s home, they made a sickening discovery. After peeking in the home’s garage, authorities at first mistook Davis’ body for a mannequin, according to the arrest affidavit. Upon closer inspection, officers realized it was Davis’ headless body — with pools of blood and two steak knives found by her body.

Hilyard was discovered in one of the house's bathrooms and taken into custody, with officers claiming she rambled about "deja vu" and hearing voices during her arrest.

Davis’ grandson later told police he and his grandmother had come to Hilyard’s home to retrieve his father's belongings, who had left them behind following the couple’s split.

Hilyard was declared unfit to stand trial in January 2018. That summer, forensic evaluators deemed her competent following treatment at a state psychiatric facility.

At times during her trial, she characterized the killing of her former boyfriend’s mother as an overreaction, prosecutors said. But on other occasions, she supposedly claimed she needed to decapitate Davis to free her soul so it could reach heaven.

Hilyard also wrote several long, paranoid, and incoherent letters to the judge overseeing her case, in which she repeatedly insisted that a botched exorcism drove her to kill Davis.

“It’s a fact that 3 days prior to the murder, 2 individuals were in my home conducting what I had been told was an exorcism!” Halyard wrote to Chief Judge Jeffrey Goering in a 2017 jailhouse letter obtained by Oxygen.com. “This was actually the 2nd time they had been to the house. I’m not sure which entity deals with negligent, illegal exorcisms but I can assure you, one was conducted.”

Using all capital letters, Hilyard also referenced haunted houses, aliens, methamphetamines, and claimed she had been put under a trance-like spell. She even doodled crucifixes and spiritual ideas in the letter.

“I just wanted to send this out before they throw me in the psych ward [and] overmedicate me,” she also scribbled. “I’m not going to stand for this. I feel like I may have been a victim of covert conversational hypnosis.”

At one point during her case’s proceedings, she dismissed her attorney Jason Smartt, accusing the public defender of belittling her and siding with the prosecution. Hilyard was also hit with with two contraband charges while incarcerated, but prosecutors said those charges will likely be dismissed.

“You have somebody without doubt is insane and yet has to go to trial because we have antiquated and archaic laws,” Quentin Pittman, Hilyard’s private criminal defense attorney, told Oxygen.com. “This case should have never gone to trial.”

Hilyard’s sentencing is scheduled for March 23. She’ll be in her late 80s by the time she’s eligible for parole.