Skip to main content
Digital Original
'We Saw A Need In The Community:' Program Uses The Arts To Build Relationships Between Youth And Cops 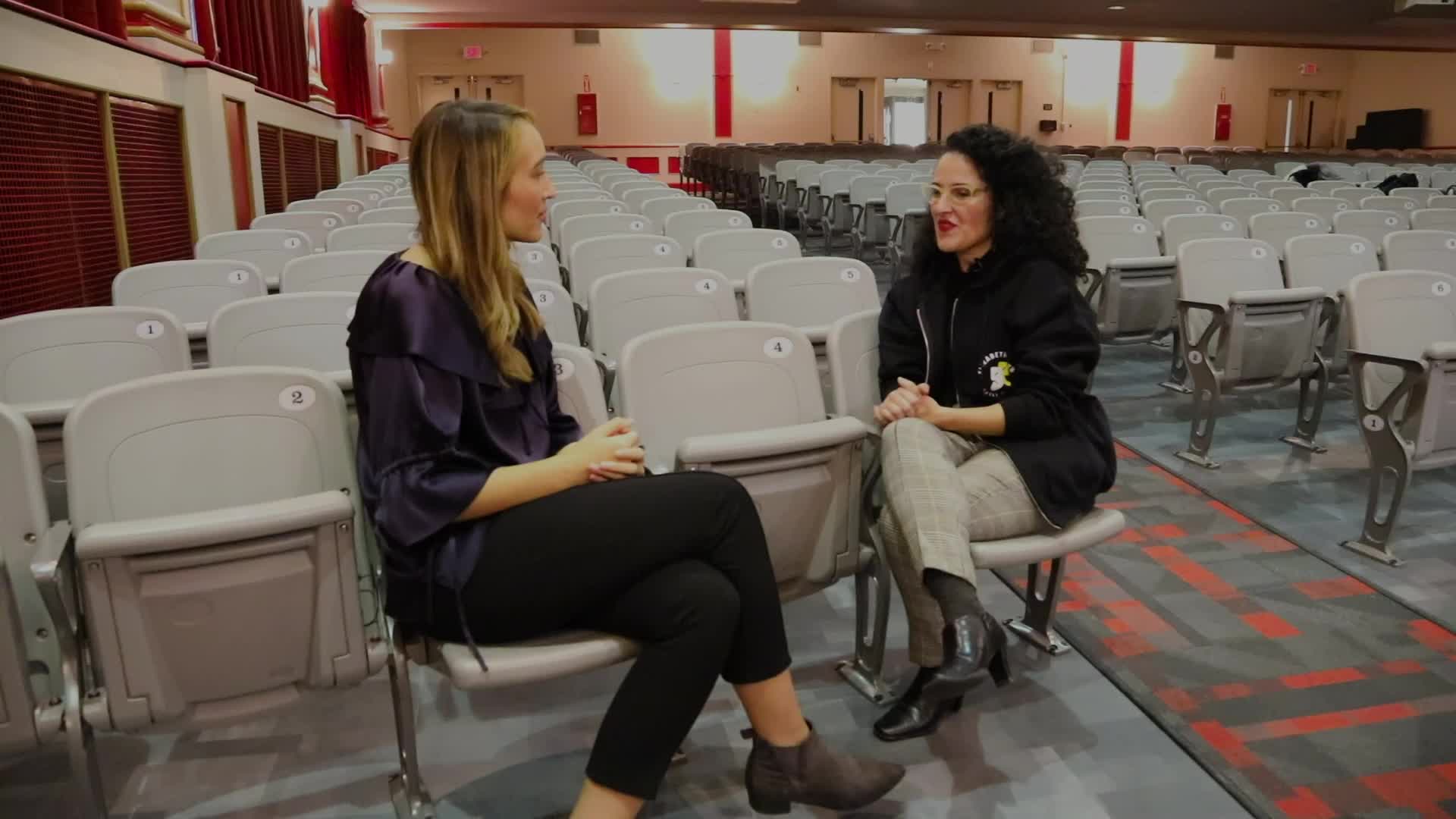 Detective Darin Williamson is dressed in his uniform sitting next to fellow police officer Karim Gad. As part of an improv exercise on the stage, Williamson and Gad are no longer cops. Its two high school students – Janay Martinez and Jared Smoot—who are asking the questions in a role reversal of a traffic stop.

“You know you’re supposed to have working taillights,” Martinez says.

“My taillight was working when I got in the car,” Det. Williamson replies.

Standing on the side of the stage, watching the students and officers interact is actor Theodore Perkins and performance artist and educator Angela Kariotis. They are the minds behind a 10-week program called “Walking the Beat,” which aims to use the arts to build stronger relationships between cops and youth.

“I still find myself being triggered outside in my everyday life just by being pulled over, or seeing an officer pull up behind me on the freeway,” Perkins told Oxygen.com. “So it’s really... it’s a process for us all.”

Perkins is the Artistic and Executive Director for the nonprofit organization Elizabeth Youth Theater Ensemble which started “Walking the Beat.” Perkins said the spark for the program came from a conversation with his colleagues.

“We took it from there,” Perkins said. “Figuring out what would happen if we brought police officers and young people in the same room together to create art. As a way to... I don’t know, confront, deal with, manage what was happening nationally between young people and police officers.”

Kariotis, Curriculum Director and Program Facilitator for “Walking the Beat,” says the arts can be a way to scaffold difficult discussions.

“Art making is very real-life applicable,” Kariotis told Oxygen.com. “Walking the Beat is a current event. It’s a recurring event. So how can we take these real-life situations, these headlines, even newspaper theater when we go through that process, to identify the problem, and really perform solutions as a way to internalize the hope and the possibility of making it into a reality.”

The students and officers within the program meet over the course of several weeks to write and develop different works. Acting as playwright for the program, Kariotis then helps construct the different writings or pieces into a cohesive performance for the community to see.

"This latest iteration in Elizabeth took the context of an open mic,” Kariotis said.

The program has taken place for the last four years in New Jersey and last summer expanded to Los Angeles. Students get academic credit and get paid for their work in the program. A component Perkins says was important to him as when he was the same age he wouldn’t have been able to do theater if it meant sacrificing time at a job that paid.

“I think especially as artists we often do a lot of work for free,” Perkins said. “Especially at their age, so I think for them to able to do work....and to get paid to do that, I think that’s an amazing opportunity.”

Perkins says he hopes to grow to other areas across the country and adjust the program to fit the needs of different communities.

“Despite all of the tough issues and tough moments we have talking about things that are happening around the county around policing, we still always find joy in what we’re doing,” Perkins said. “Meaning the joy of two people sitting across from each other getting to know each other.”

Det. Williamson says being raised in Elizabeth and now being an officer there has allowed him to see both sides of being a citizen and an officer.

“I’ve been on the other side when there was unjustifiably harassment and there were a good side also,” Det. Williamson said.

Smoot says Perkins and Kariotis have created a safe place to speak about topics like police brutality.

“Everyone needs to see,” Smoot said. “Everyone needs to hear, to experience. Social media and the media period sometimes paints the relationship between cops and the community in a certain light that’s just not always true. It’s like you have to deal with stigma and stereotypes.”

Perkins says the program is set to return to Los Angeles next summer and currently in fundraising mode to be able to continue the workshops.