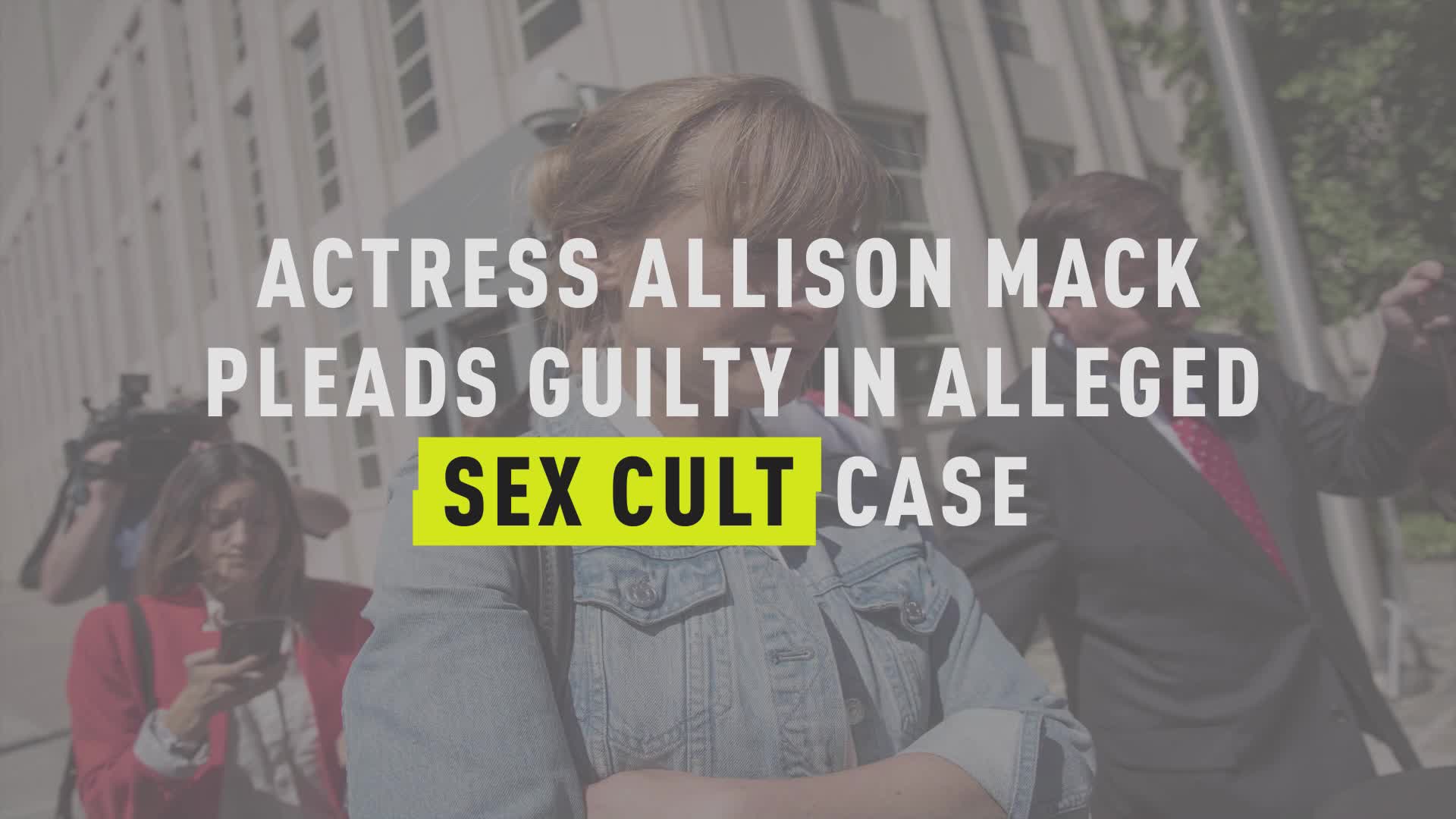 Mack, 36, wept as she admitted her crimes and apologized to the women who prosecutors say were exploited by Keith Raniere and the purported self-help group called NXIVM.

"I believed Keith Raniere's intentions were to help people, and I was wrong," Mack told a judge in federal court in Brooklyn as she pleaded guilty to racketeering charges.

Mack is best known for her role as a young Superman's close friend on the series "Smallville."

After months of reflection since her arrest, "I know I can and will be a better person," Mack said. Her sentencing was set for Sept. 11.

The plea means Mack will avoid going to trial with Raniere, wealthy heiress Clare Bronfman and another member of Raniere's inner circle, Kathy Russell. All have pleaded not guilty and denied any wrongdoing.

Potential jurors were expected to begin filling out questionnaires Monday. Opening statements are scheduled for April 29.

The question of whom jurors would see seated at the defense table that day had remained an open in wake of new allegations that Raniere exploited a teenage girl. His co-defendants have since sought separate trials and engaged in plea negotiations.

Court papers allege NXIVM formed a secret society of women who were branded with Raniere's initials and forced to have sex with him. Defense attorneys have insisted any relationship between Raniere and the alleged victims, including an unidentified actress and other women expected to testify against him at trial, was consensual.

On Monday, Mack said that at Raniere's direction, she obtained compromising information and images of two unidentified women - called "collateral" within the group - that she threatened to make public if they didn't perform "so-called acts of love."

The jury questionnaire covers several topics, including asking candidates for their opinions about "rich individuals" and people who "engage in relationships with multiple sexual partners" and whether they "believe that people under the age of 17 should be able to consent to sex with adults."

Allison Mack Charged With Sex Trafficking For A Cult