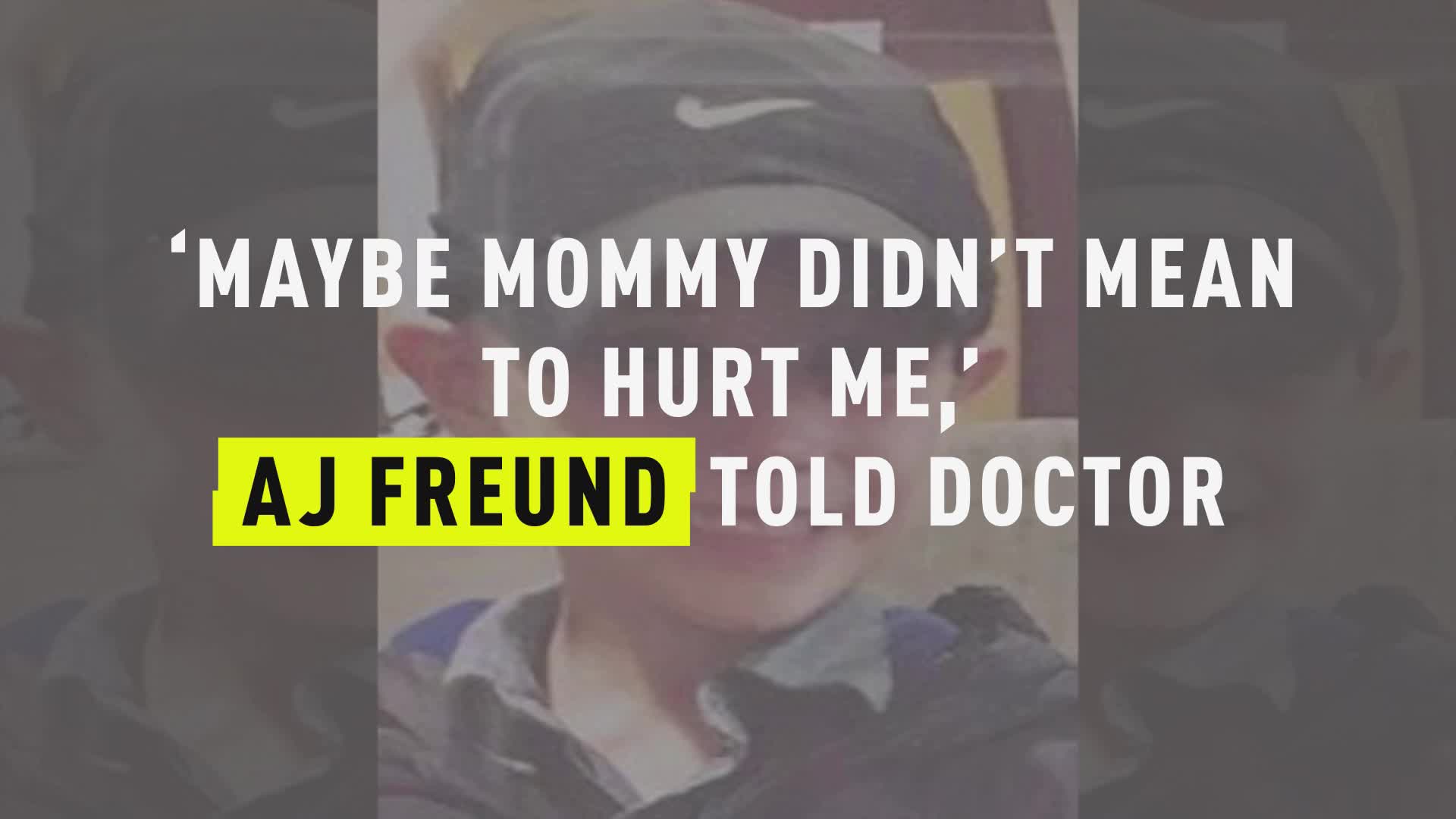 A mother who is accused of killing her 5-year-old son in a highly publicized and horrific child abuse case along with the boy’s father has now given birth to a baby girl behind bars.

The body of Andrew "AJ" Freund was discovered in a shallow grave in a remote area of Woodstock, Illinois, in April just days after his parents had reported him missing. Authorities quickly ruled out abduction as a possibility and began focusing their attention on his parents, JoAnn Cunningham, 36, and Andrew Freund Sr., 60, ultimately charging each with first degree murder after the boy's body was found. They pleaded not guilty last month.

A day after the grim discovery, prosecutors described the boy's violent end, saying he had been forced to sit in a cold shower before being beaten all over his body until he died. The fatal punishment came after the parents became irate that the boy lied about soiling himself, according to a sworn statement by McHenry County Sheriff’s Det. Edwin Maldonado.

Cunningham gave birth behind bars on May 31, as she awaits trial for the death of her son, the Northwest Herald in Crystal Lake, Illinois reports. McHenry County Judge Christopher Harmon has ordered two men, Freund and a man named Daniel Nowicki, to submit paternity tests to identify the newborn’s father. The results are expected to be completed as early as July 8.

Nowicki was present during a hearing on Monday, which was held to determine where Cunningham’s baby will be placed. As of Monday, the infant was in the care of the Illinois Department of Children and Family Services. After the hearing, where Nowicki and Cunningham exchanged smiles, he said he believes he’s the dad, according to the Northwest Herald.

Nowicki and Cunningham previously dated. Nowicki was recently released on probation for aggravated battery charges stemming from an alleged December attack on hospital staff. He had sought out mental health treatment after an argument with Cunningham.

Cunningham and Freund Sr. have one other child, AJ’s younger brother, who is currently in state care after the parents’ rights were terminated following the death of AJ. A similar termination would be needed for Cunningham to lose the rights over her new daughter.

Following her arrest earlier this year, it was reported that Cunningham allegedly had cellphone footage of AJ which revealed bruises from a previous alleged beating. In the clip, a bruised AJ is reportedly berated by his mother for wetting his bed, according to the report. He was lying on a bare mattress “naked except for some small bandages around both wrists and circling his hips,” the document states, according to PEOPLE, which also obtained the files.

The alleged abuse was possibly nothing new.

Records released by the Illinois Department of Children and Family Services revealed that the state’s welfare agency had multiple interactions with the family, starting in 2012 before the victim was even born. DCFS determined on several occasions that allegations of child mistreatment were "unfounded," raising questions about whether signs of abuse missed. In one of those cases the boy had bad bruising on his hip, which was attributed to the family dog pawing him. The Department of Children and Family Services decided that the alleged abuse, at the time, was unfounded.

Dr. Ziv Cohen, clinical assistant professor of psychiatry at Weill Cornell Medicine, described to Oxygen.com last month that there are different kinds of filicide, the killing of one’s own child or children. One such category is known as fatal abuse. He said that is when the abuse reaches such a fervor and pitch that the parents accidentally kill the child.

“They didn’t necessarily intend to kill the child but the chronic abuse reached such a fervor and pitch that there was a loss of control, that the child sustained severe injuries, that parents suddenly realize that they killed their own child," Cohen explained.

AJ Freund's Parents Plead Not Guilty To His Murder