Sign Up for Free to View
R. Kelly has been charged with criminal sexual abuse in Cook County, Illinois, Feb. 22, 2019. Photo: Getty Images

Was R. Kelly a predator hiding in plain sight?

In the Lifetime docu-series, "Surviving R. Kelly," countless women come forward with allegations of the R&B singer's sexual relationships and abuse towards teenage girls. Amid the allegations, there was even a trial. But in 2008, the "I Believe I Can Fly" star was acquitted of multiple counts of child pornography, stemming from a heavily-circulated video in which a man (who prosecutors assert is Kelly) engages in sexually explicit acts with a 14 year old and 17 year old. Despite these allegations, Kelly has continued to survive largely unscathed. He's won Grammys, sold millions of records and collaborated with everyone from Jay-Z to Lady Gaga.

He didn't do it alone. According to the docu-series, many aided R. Kelly in his history of alleged abuse.

Much of "Surviving R. Kelly" focuses on Kelly's inner circle of trusted family, friends and business associates. From the personal assistant to the tour manager and accountant, it took an entire team to help facilitate the procurement and handling of Kelly's teenage girls. "You look at the people around somebody," explains TV personality Wendy Williams in the docu-series, "And it's very upsetting that he really didn't have to do much to get these young girls." His brothers, Bruce and Carey, appear complicit and even helped find victims at places like the mall. "Go get some girls" from the mall, remembers Carey.

R. Kelly was married during much of his career. In the docu-series, then-wife Andrea Kelly says that she was kept intentionally in the dark about Kelly's behavior. However, victims like Lisa Van Allen believe that Andrea was literally in the house when she had sex with Kelly. Having a wife and three kids gave Kelly, to many, a reputation of respectability and downplayed the notion that he could also be an abuser.

It's hard to criticize R. Kelly when he's collaborated with so many of our favorite artists. From penning "You Are Not Alone" for Michael Jackson to duets with Celine Dion, Usher and more, his imprint on popular music is undeniable. Superstar co-signs deflected from Kelly's personal life, showcasing him as a "musical genius" who could do no wrong.

R. Kelly may be known for his sexual music like "Bump n' Grind" and "Feelin' On Yo Booty," but he cleaned up his image with uplifting and even spiritual tracks. "I Believe I Can Fly" in particular, became an inspirational anthem that cemented Kelly beyond R&B and was played in the movie "Space Jam" as well as in churches and kindergarten graduations. 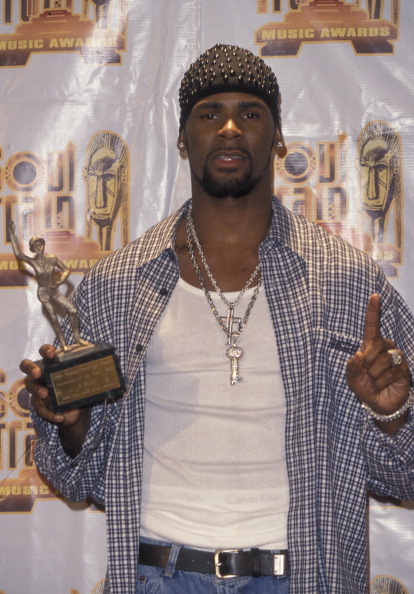 R. Kelly's fan base is loyal, perhaps to a fault. The docu-series recounts how fans, especially young girls, attended his 2008 child pornography case and rallied around him. In fact, that's where he met one of his later victims: Jerhonda Pace went to court to get an autograph and began dating the singer when she was just 16.

After his indictment, fans continued to show love. 2002's "Ignition (Remix)" is one of his biggest hits to date. 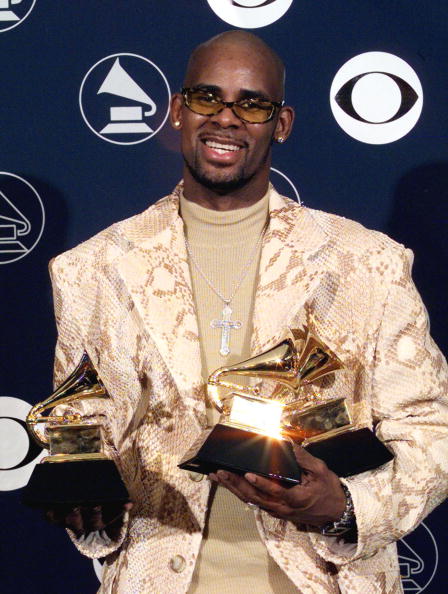 The media has continually struggled with its portrayal of R. Kelly. Many of the early allegations appeared in his hometown newspaper, The Chicago Sun-Times, but they were met with vehement backlash. Other outlets like Vibe, tried to shine a light on the predatory accusations but it was difficult to report when Kelly refused to give interviews. As radio personality Miss Info explains in the docu-series, it was challenging for journalists at the time to report fairly about R. Kelly while balancing their love for his music and accessibility to the superstar.

The final installation of the docu-series delves into the notion of victim-shaming, especially as it relates to black women. The #TimesUp and #MeToo movements have largely focused on white victims. If R. Kelly's victims were white versus black, would they have been advocated for? Would his alleged crimes have been punished? Many believe so. "If it were white children who were being molested I think Rob would have gone to jail very swiftly," says Craig Williams, a music producer and former collaborator. "We all noticed but no one cared because we were black girls," sums Mikki Kendall, writer, cofounder of hoodfeminism.

How To Teach Your Children To Be Effective 911 Callers

How One Indigenous Community Is Finding Healing After Loss