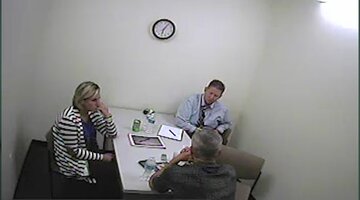 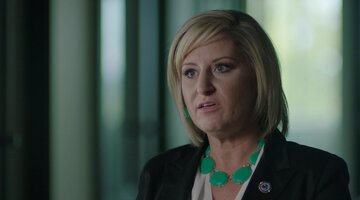 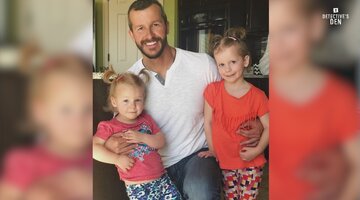 3:25
Digital Original
What Was Chris Watts Motive For Killing His Entire Family? Experts from ‘Criminal Confessions’ Weigh In

Convicted killer Chris Watts initially painted himself as a distraught father, but even early into the disappearance of his pregnant wife and two young daughters, experts say there were signs Watts was lying.

When Watts first arrived home from work just after 2 p.m. on the day his pregnant wife, Shanann, and daughters Bella, 4, and Celeste, 3, disappeared, body cam footage from police shown on the Reelz special “Capturing Chris Watts” shows Watts running to meet the police officer. However, there’s “no stress or pain or suffering” on his facial expression, according to body language expert Susan Constantine.

In the special that aired Sunday night, experts examine hours of footage from police body cameras and interrogation tapes to assess Watts’ body language and initial response in the days after his wife and daughters went missing in August 2018. Watts was later convicted of killing his family and sentenced to life in prison.

But on the afternoon of Aug. 13, 2018, investigators were in the initial stages of trying to piece together what happened to Shanann and the girls.

After arriving home to meet police, Watts went into his Frederick, Colorado, home alone for more than a minute before opening the door to police and concerned friend Nickole Atkinson.

Atkinson initially called police after she was unable to reach Shanann that day. She can be heard in the footage telling officers that she had dropped Shanann off at home around 2 a.m. that day, after coming home from a business trip.

After opening the door, Watts can be seen in the footage walking away from the door, as police, Atkinson and another man enter the home — another unusual sign that Watts doesn’t appear to be engaged in the effort to find his wife.

“It means that he is separating himself from what is being spoken at that time,” said Constantine, author of the book “The Complete Idiot’s Guide to Reading Body Language.”  “He’s wanting to deflect. So, anytime he wants to walk away, he’ll turn his back or he’ll busy himself with the cell phone.”

After the group walks upstairs, Watts begins telling police about his wife’s migraine medication and that she had been having increasingly frequent migraines over the last month.

“These are things that he just seems to be filling the air with some biographical information, but he’s still not panicking. His daughters are missing and Shanann is missing and he’s just providing with some, in my opinion, useless information that goes nowhere,” homicide prosecutor Jarrett Ferentino said on the show.

But as police continue to question Watts, his nerves begin to show as he paces back and forth. He admits that he and Shanann had been having marital problems and claims the pair were in the process of separating. Atkinson told police she only learned the couple was going through a separation after talking on the phone to Chris — after Shanann had already disappeared.

Ferentino said, at that point, given the fact that that Chris admits that he and his wife are having marital problems and is “not acting in any way consistent with that part of a concerned husband,” police are already likely becoming suspicious of Chris.

“Now you may have a motive and that changes the focus again onto Chris Watts,” he said.

The experts featured on the show said Chris’ body language becomes even more troubling when he goes next door with police to watch the footage captured on neighbor Nate Trinastich’s security system.

While everyone else seems to focused on what might appear in the footage, Chris stands with his back to the television only glancing at the footage for a few seconds at a time.

“He’s afraid to look at it because of what it might reveal, so part of it is that deflection, right? So, 'What I don’t know, maybe I don’t need to know,'” Constantine said.

The footage shows Watts backing his truck all the way up to the garage around 5:15 a.m. — an act that Trinastich said was really unusual for Watts — and loading unknown items into the vehicle.

As the surveillance camera footage continues to air, Constantine identified what she called a “cluster” of body language signs. Chris curled his lips in, which she said was a sign of “deep emotional distress” clasped his hands behind his head and was pacing, which taken together can signal deception.

Trinastich would also later say on an episode of “Dr. Oz” that he thought Chris’ behavior while watching the footage was odd.

“The other thing I thought that was definitely weird was, he wasn’t watching the footage at all,” he told host Dr. Mehmet Oz at the time. “He would look at it for a second then go back to his phone or look at it for a second and then look away, and, if my family was missing, I would be glued to that TV 100 percent to see if I could see absolutely anything.”

The day after Shanann disappears, Chris does a series of media interviews and additional talks with police, but lacks any sort of emotional reaction while talking about his wife and kids.

“He doesn’t do that because he’s not feeling anything,” Constantine said. “You have to understand that he is a sociopath, psychopath, narcissistic personality, so he doesn’t feel emotion like other people, so he can’t even fake it. It’s so far from his own DNA, he can’t even force it to happen.”

By the end of the second day, the FBI has already begun to zero in on Chris as the prime suspect.

“We’re going to be looking for the man who did this. And you can imagine that we are going to include you as that man,” FBI Special Agent Grahm Coder tells Chris in an interview at the station.

Chris then takes a lie detector test with Agent Tammy Lee of the Colorado Bureau of Investigation.

According to Constantine, the initial questions of the test are used to establish a baseline for each person.

“Everyone lies differently,” she said “No one lies the same.”

After the test concludes, Lee delivers the news that Chris did not pass the test.

“It was completely clear that you were not honest during the testing and I think you already know that,” she says.

Chris initially denies hurting his wife, but admits that he had been carrying on an affair with Nichol Kessinger before his wife’s disappearance.

Then after asking to talk to his father, he confides to Ronnie Watts that he killed Shanann but claims it was because she had smothered the two girls to death.

“I freaked out and had to do the same thing to her,” he said in the tape.

After making the confession, his shoulders visibly collapse — a sign, according to Constantine, that he is releasing the shame and guilt he had been holding in since he killed his family.

Chris would later admit he had killed Shanann and both his daughters after Shanann had confronted him about his affair.

Although he denied the affair, he told her he didn’t think the marriage was going to work, and wanted a separation.

He would later tell investigators that Shanann told him “you’re never gonna see the kids again,” sparking a violent rage within him. He confessed to strangling her, then loading her body into his truck and taking his two girls — who were still alive — out to an oil site.

After dumping Shanann’s body, he suffocated both girls to death with a blanket and then threw their bodies into two oil tankers at one of his job sites.

He will spend the rest of his life behind bars.

During the season premiere of "Criminal Confessions," airing Saturday, Dec. 7 at 6pm ET/PT on Oxygen, lead investigators from the Colorado Bureau of Investigation speak out about the shocking case and recount how they secured the confession.