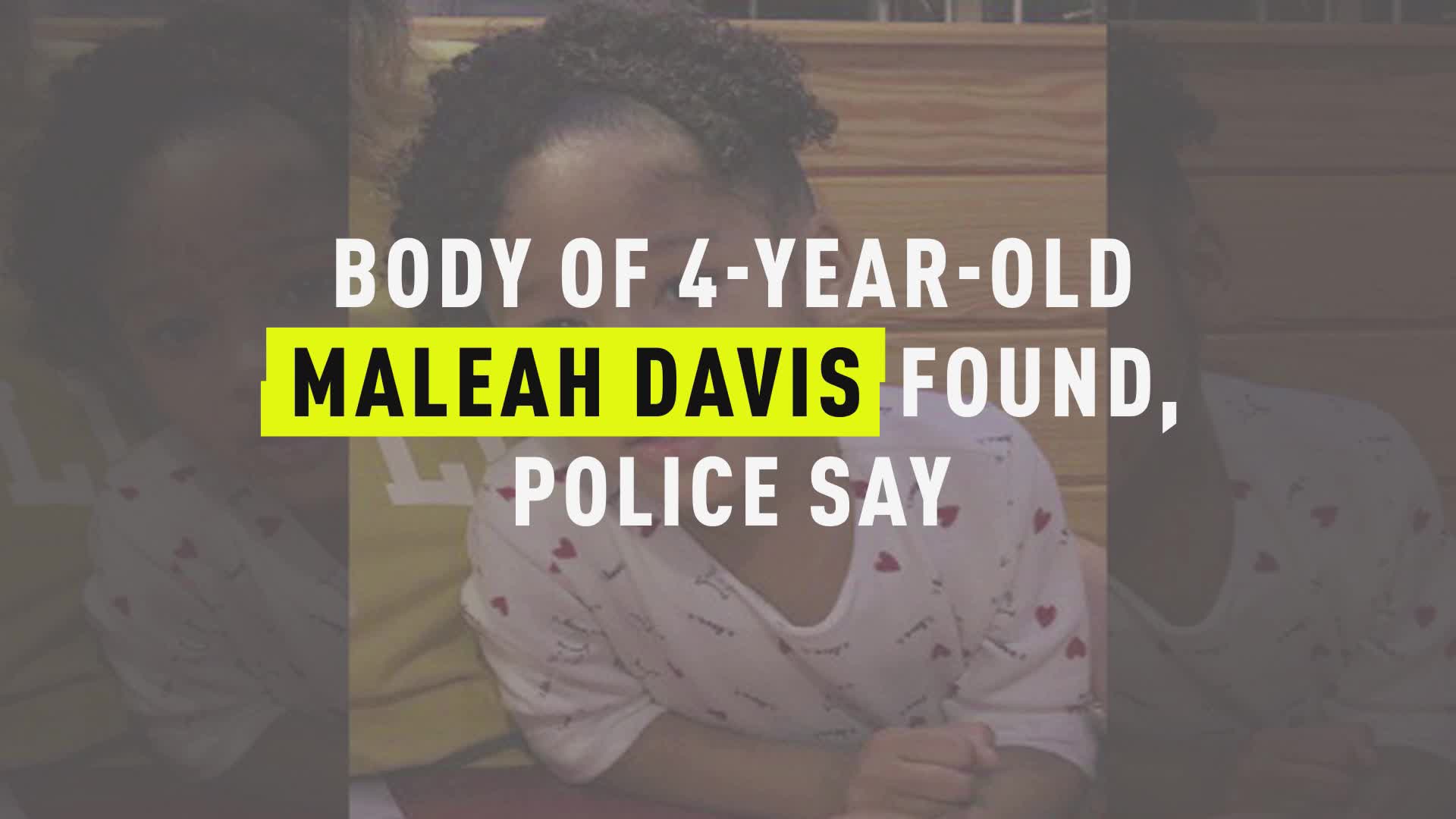 The man arrested in the death of 4-year-old Texas girl Maleah Davis striking her with both his hand and a blunt object, then neglected to seek medical help for her, prosecutors say.

As a result of the allegations, the Harris County District Attorney's office has filed a new charge against suspect Derion Vence, 27. He is now charged with injury to a child/serious bodily injury, a first-degree felony, 12 News in Beaumont, Texas reports.  Previously, he was charged with tampering with evidence in relation to a human corpse.

"After a review of all of the evidence, including the autopsy results, prosecutors determined there was sufficient evidence to charged Vence with intentionally and knowingly causing serious bodily injury to a child younger than 15 years of age," Harris County District Attorney Kim Ogg said in a statement.

Vence was dating Davis’ mother Brittany Bowens at the time she vanished. He initially claimed that he was attacked on the side of the road by three Hispanic men, who knocked him unconscious before abducting the girl. He reported the incident the next day, claiming he had slipped in an out of consciousness for nearly 24 hours following the attack. But investigators say he kept changing his story.

The child’s remains were found along Interstate 30 in southwest Arkansas about a month after she disappeared, the Houston Chronicle reported. Community activist Quanell X told authorities that Vence allegedly confessed to him that he killed the child and disposed of her body hundreds of miles away. That tip led investigators to Arkansas where they found the body.

On Wednesday, Vence was given a $45,000 bond for the newest charge. He got a bond in the same amount for his previous charge.

Many of Davis’ supporters are not happy with the way the case is going, according to 12 News. Her cousin Tamisha Mendoza told the Chronicle she was disappointed over the low bond amount and over the fact that Vence wasn’t required to be present for the hearing.

"Hell, if that's the case, just let him out and let the streets deal with it,” she said.

Mendoza told KTRK that she would like to see Vence charged with murder.

"(District Attorney Kim Ogg) has not made a decision based on public rage or television media sensationalism," Vence’s defense attorney Cotlar said in a statement, published by the Chronicle. "She and her assistants are doing their job and we will continue to do ours."

The court date for Vence has been pushed back to Sept. 16.