Sign Up for Free to View
The Killing of Jessica Chambers 104: Cell Phone Evidence 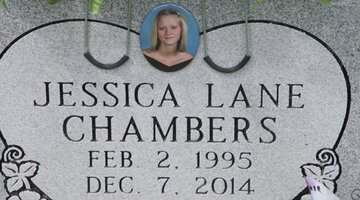 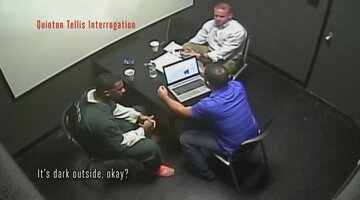 2:18
Preview
The Killing of Jessica Chambers 104: The Timeline of Events

The prosecution’s case against suspect Quinton Tellis in the murder of 19-year-old Jessica Chambers, who was burned alive in a rural Mississippi town in 2014, rested in part on cell phone data — but an expert’s analysis in the docu-series “Unspeakable Crime: The Killing Of Jessica Chambers” may repudiate their theory.

The prosecution’s case in the initial trial and retrial, which both ended in hung juries, claimed that Tellis’ cell phone was either with Jessica Chambers or very near to her when she was burned.

But upon cross-examination, intelligence analyst Paul Rowlett, an expert witness for the prosecution, admitted that Tellis’ location data was “unusable.” Regarding Tellis’ cell phone tower pings, Rowlett said: “It just doesn’t give you a distance to the tower, only a direction.”

This would make it impossible to pinpoint Tellis’ exact location at the time of the murder based on his cell phone data.

“The prosecution implied that their phones were together,” said legal analyst Beth Karas. “But the evidence doesn’t track Quinton Tellis’ phone — it tracks Jessica’s phone.”

In “Unspeakable Crime,” we hear a completely different theory of the cell phone data from Ben Levitan, an electrical engineer whose decades of experience in telecommunications has landed him as an expert witness in previous trials.

Levitan, who did not work on the Chambers case, reviewed the cell phone records that had been entered into evidence.

“I looked at the same data that Paul Rowlett looked at. I did my analysis and we came out with drastically different results,” said Levitan, referring to how Rowlett “shifted” Jessica Chambers’ location data.

“I see this in courts quite a bit,” Levitan said. “The state has a theory, and they’ve taken the cell phone evidence … and manipulated it in a manner to fit the theory.”

The defense did not bring forth their own witnesses to address this cell phone data “shift” in either the first or the second trial, though they did question it.

“I’m surprised that the defense didn’t call any of its own experts, especially to question this shift of data by Paul Rowlett on Jessica’s cell phone, which was the crux of the prosecutions’ case,” said Beth Karas after the first trial that took place in October 2017.

“Some law enforcement agencies want to talk about [cell phone data] like it’s DNA or fingerprint and it’s just not that,” said defense attorney Alton Peterson in the docuseries.  “But I think sometimes it’s communicated to juries that way.”

The state’s case said that the cell phone data placed Chambers in the driveway near Tellis’ home during the last hour of her life. She had just made her last phone call — to her mother.

“The cell tower that she's connected to when she makes the call to her mother does not cover Tellis’ house, does not cover that area whatsoever,” said Levitan, who continued to say that the phone call connected to a tower three to four miles south of Tellis’ home — indicating that she may have not been there at all.

Furthermore, in the “hour of silence” the prosecution was putting forward as the hour where Chambers was suffocated and moved to the crime scene, Levitan points to three text messages Tellis sent during that period, which he says was through an internet service and not his phone’s text service.

When you respond to a social media notification on messenger apps, you’re not responding to a phone number, but a website — and Levitan says that state “kind of dismissed” these records.

“If law enforcement had come to me,” said Ben Levitan, “I would have said this is not your guy.”

Watch “Unspeakable Crime: The Killing Of Jessica Chambers” on Oxygen Saturdays at 7/6c.