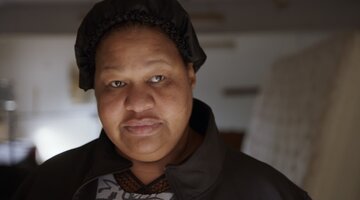 2:25
Preview
The Killing of Jessica Chambers 103: The Community Has Been Split 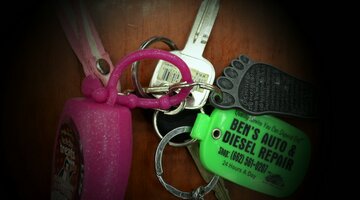 1:21
Preview
The Killing of Jessica Chambers 103: A Worldwide Case

Quinton Tellis, suspect in the fiery Mississippi murder of 19-year-old Jessica Chambers, stood trial this fall —  and yet another hung jury led Judge Gerald Chatham to declare a second mistrial.

The prosecution relied heavily on DNA evidence in making their case against Tellis, who met former cheerleader Chambers a few weeks before her death. Their theory is that Tellis set Chambers’ car on fire after a scuffle that may have incapacitated her.

But the final episode of “Unspeakable Crime: The Killing Of Jessica Chambers” features key testimony about the DNA evidence presented in the retrial that might have poked a hole in the prosecution’s case.

Tellis’ attorneys focused on a few areas of the prosecution’s evidence to raise reasonable doubt whether the right man is on trial. A critical area was the testimony of first responders who swore that Chambers, who was alive when they found her at the crime scene, said that an “Eric” or “Derrick” did this to her. There is no evidence that Tellis uses the name Eric. To overcome this hurdle, in the second trial, prosecutors called a speech pathology expert to cast doubt on what the first responders heard. The expert, Dr. Carolyn Higdon, said Chambers’ injuries — which included burns on more than 90 percent of her body — would have heavily impaired her ability to enunciate at all.

Another critical part of the prosecution’s evidence at trial was Jessica Chambers’ keys to her Kia Rio, which were found two days after Chambers was set on fire and about a quarter mile away. Jerry King found them by the side of the road, close to his home, as he was out for a stroll with his toddler daughter. The keys were turned over to the police and tested for DNA.

Kathryn Rogers, a forensic expert who works for Scales Biological Laboratory, testified that Tellis’ DNA could not be excluded from one of two tests she performed.

There was a mixture of DNA from four people on the keys. Quinton Tellis was not one of them under the more discriminating autosomal STR test. As for the less precise test, the Y-STR DNA test based on the male chromosome, there was a mixture of at least four males and Tellis could not be excluded.

On cross-examination, the defense pointed out that Tellis was excluded in the first type of testing, the autosomal STR DNA test — one Rogers agreed was statistically stronger. As for the less precise test, based on the male chromosome—the Y STR DNA test—Rogers conceded that a failure to exclude Tellis doesn’t mean his DNA was definitely on the keys.

“If your DNA can’t be excluded, it doesn’t mean you’re included,” said legal analyst Beth Karas in the final episode of “Unspeakable Crime.” Moreover, “the state could no longer get up in summation and say that Quinton Tellis’ DNA is on those keys, because their own expert said she couldn’t say that,” said Karas in her analysis of the cross-examination.

Rogers testified that she could safely exclude 99.7 percent of the male population from Chambers’ keys.

Panola County Assistant District Attorney Jay Hale had told jurors that they would “have plenty of evidence to convict [Tellis] of capital murder.” Evidently, the jurors did not agree, given their failure to reach a unanimous verdict with a 6-6 split.

Tellis, who faces an arrest warrant based on circumstantial evidence for the 2015 murder of Meing-Chen “Mandy” Hsiao in Monroe, Louisiana, maintains his innocence. Neither trial’s juries were able to reach a verdict.