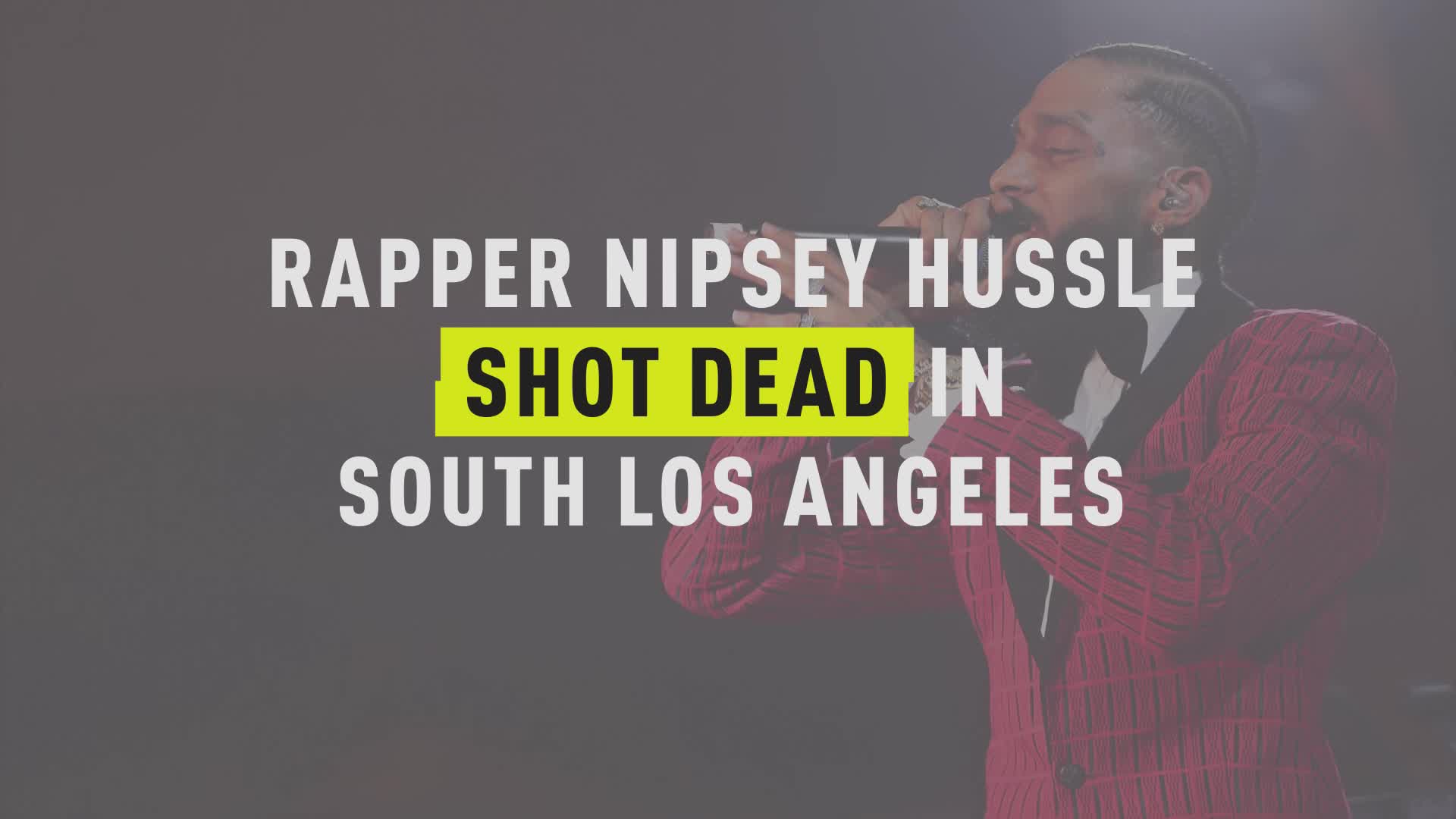 Police have publicly identified a suspect in the shooting death of Nipsey Hussle.

The 33-year-old rapper, born Ermias Asghedom, was fatally shot outside of his Marathon Clothing store in south Los Angeles Sunday afternoon. Police are now pointing to a 29-year-old Los Angeles resident named Eric Holder as the suspect and are asking for the public’s help in tracking him down, according to a statement released early Tuesday morning.

“On March 31, 2019 around 3:20 p.m. three male adults were standing in front of a business in a strip mall in the 3400 block of West Slauson Blvd,” their statement read. “The suspect walked up to the men and fired numerous shots at them. The victims were struck and fell to the ground.”

The suspect then ran through an alley to a waiting vehicle being driven by an “unidentified female” and the two fled the area, police said. The getaway car was a white, 2016 Chevy Cruze with California license plates reading “7RJD742.”

“Two victims were transported to local hospitals and one refused medical treatment at the scene,” police continued. “One victim, Ermias Asghedom, known as Nipsey Hussle, died as a result of the gunshot wounds he sustained.”

Eric Holder is wanted for Homicide in the shooting of Nipsey Hussle. He was last seen in a 2016 white 4 door Chevy Cruze CA license plate 7RJD742. Anyone with information related to his whereabouts or this deadly shooting is urged to contact South Bureau Homicide at 323-786-5100 pic.twitter.com/3pX4fbezDs

Authorities are urging anyone with any information on the case to reach out to investigators.

Nearby surveillance cameras captured the fatal shooting, CNN reports. Grainy footage shows a lone figure approach a group of men; some scatter, while others fall to the ground. Hussle died from gunshot wounds to the head and torso, the Los Angeles County Department of Medical Examiner-Coroner confirmed to People.

Hussle was known for his charitable contributions to south Los Angeles, and hundreds gathered at the scene of his death to pay their respects on Monday night. The vigil unfortunately ended in violence. While the details are currently hazy, authorities have confirmed that 19 people were hospitalized, many of them for “trample injuries,” while at least one person was stabbed, NBC News reports.