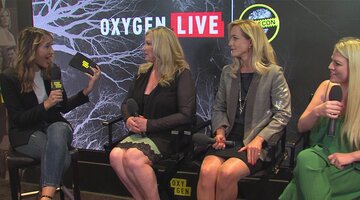 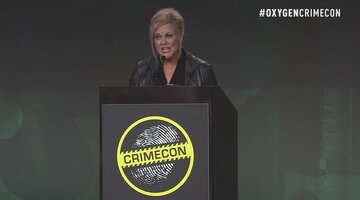 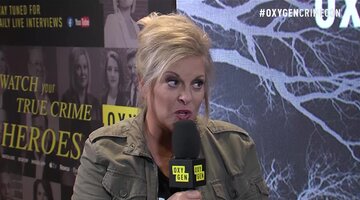 A woman who survived being attacked by Ted Bundy recounted the night he broke into her sorority house and injured her face with a club so severely that her jaw was hanging on by just one joint.

Kathy Kleiner Rubin was a college student when Bundy entered her Chi Omega sorority dorm room at Florida State University and attacked her with a club. Rubin explained at CrimeCon 2019 to Oxygen correspondents Daryn Carp and John Thrasher that the club was actually a piece of firewood he picked up on his way into the sorority.

Bundy, who killed more than 30 women, attacked Rubin and four of her sisters on January 15, 1978: Margaret Bowman, 21, and Lisa Levy, 20, were killed. Karen Chandler and Cheryl Thomas, both 21, survived.

Rubin recounted the dreadful night when she was attacked at age 20.

“When I got attacked I was asleep in my bed at the Chi Omega sorority house,” she told Carp and Thrasher. “It was dark in the room. I heard something as I was sleeping that kind of woke me up a bit. It was the front door of our bedroom opening.”

She said next she heard a loud noise. That was Bundy knocking over a trunk that was positioned between her and her roommate Chandler’s twin beds.

“Now I’m wide awake,” Rubin reflected. “And as I look up, I see this dark figure with a hand up, club in his hand  and before I knew it he brought it down on me and attacked my face.”

Her roomie Chandler woke up and Bundy then began attacking her, she recounted.

Then, a bright light took over the room. It was the headlights of a car in the sorority's parking lot.

“I remember seeing that," Rubin recalled. “I was cowering waiting for the next blow.”

But, it didn’t come because Bundy ran out the room. Rubin said the headlights “spooked” Bundy.

After he left, she said she tried to scream.

“All I was doing was making a gurgling sound because when he attacked me and hit me, my jaw was just hanging on to one joint. It had been completely shattered and my cheek was left open and I almost bit my tongue off.” But “in my mind I was just screaming for help.”

It took her months to heal, but she bounced back with tenacity. That same year she took a job as a bank teller where she was robbed at gunpoint. However, Rubin returned to work the next day. She even testified against Bundy in 1979. She said he just looked straight at her during her testimony and she “stared him down.”

“I felt like I had power now,” she said.

Would Ted Bundy Have Been On Tinder?