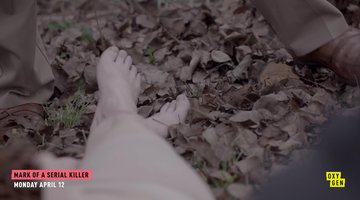 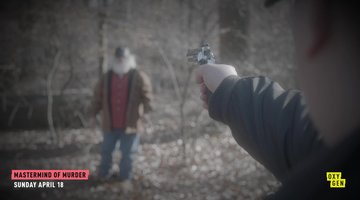 Serial killers are loners with a creepy vibe, right?

Well, sometimes. But more often than not, serial killers blend right in with their communities. People are genuinely shocked to learn they could have such a vicious dark side. They have families, they have friends, and they hold down jobs. Sometimes, though, their jobs are positively creepy in hindsight, considering their murderous second lives.

Example: Bruce McArthur, who occasionally worked as a mall Santa, as shown in Oxygen’s new special “Catching A Serial Killer: Bruce McArthur,” airing on Sunday, April 11, at 7/6c. Hearing children’s deepest wishes every holiday season didn’t stop McArthur from murdering eight men in Toronto and hiding many of the bodies in planters.

Here are the serial killers with the most unsettling professions.

Ed Gein was only convicted of murdering his neighbor Bernice Worden in 1957, although he confessed to murdering another woman in 1954. However, Gein lives on in infamy thanks to the unsettling collection found in his Wisconsin home: masks, belts, lampshades, and corsets made out of human skin and body parts, along with other disturbing pieces of furniture and clothing items. He apparently raided cemeteries to decorate his macabre home and expressed a desire to create a human skin suit.

Gein has inspired some of the most famous horror movies of all time, including “Psycho,” “Texas Chainsaw Massacre,” and “Silence of the Lambs.” He also, apparently, was a babysitter. Gein was considered to be great with kids and worked for several years as one of “Plainview’s most dependable babysitters,” according to “Last Book On The Left: Stories of Murder and Mayhem from History's Most Notorious Serial Killers,” by Ben Kissel, Marcus Parks, and Henry Zebrowski. That’s right, Gein was trusted to be around small children at the time.

A sandwich maker is a fine job, but knowing Jeffrey Dahmer was a cannibal who ate the body parts of men he murdered makes it even creepier he was once in charge of giving other people sustenance.

Dahmer, who killed 17 men between 1978 and 1991 in Wisconsin and Ohio, often dismembered the bodies and committed acts of necrophilia or cannibalism on them. A police officer later recalled finding a human head in the freezer when investigating Dahmer at this home.

Dahmer worked a variety of jobs before his capture. In the early 1980s he worked at Sunshine Subs, a Miami sandwich shop, the Palm Beach Post reported in 2012. He wasn’t exactly a model employee: He was often sent home for drinking, apparently.

Peter Sutcliffe, who murdered 13 women and attempted to murder another seven in England in 1975, was nicknamed the “Yorkshire Ripper,” a take on the “Jack The Ripper” moniker bestowed upon another famous English killer.

Sutcliffe was captured in 1981 — with another potential victim in his car at the time of his arrest. He eventually confessed to all the murders. The public was horrified by Sutcliffe’s crimes, and his own family insisted he "was probably the last person in the world you would have expected.” He was married to a schoolteacher and described as timid, after all.

However, the killer had already displayed some comfort level around dead bodies: He worked for some time as a gravedigger.

Dennis Rader, the admitted BTK serial killer, sits in court on the first day of his sentencing at the Sedgwick County Courthouse August 17, 2005 in Wichita, Kansas. Photo: Getty Images

The news that police had finally captured the murderer nicknamed “BTK” after his modus operandi — bind, torture, and kill — was a relief to the public. Of course, that relief turned to horror for many as they learned more about the man behind the killings, Dennis Rader.

From 1974 to 1991, Rader terrorized Wichita, Kansas, killing 10 people. He also delighted in sending local media taunting letters about his crimes and the police’s inability to capture him — until 2005, when he sent a floppy disc containing metadata that identified him to a local news station.

Rader’s arrest was shocking, as he was a family man, a Boy Scout leader, and a president at his church. For most of the years he was committing murders, he worked for a security services company and installed alarm systems, NBC News reported in 2005. The man who was causing widespread terror was also the one ostensibly helping people feel safer in their homes.

Another serial killer who terrorized England, Fred West, along with his wife, Rose West, maintained “a House of Horrors” in Gloucester between 1967 and 1987. They ultimately killed 12 women, including one of their own daughters, Heather West, the Mirror reported in 2018.

The murderous married couple were caught in 1994 after decades of raping and torturing women. They were also accused of molesting their own children. Nine bodies were eventually found buried on their property, although Fred West evaded justice by hanging himself in his jail cell.

Fred West worked for some time as an ice cream man — and locals now say there were rumors he was using the ice cream van to lure in children, the Huffington Post reported in 2018. A local gang allegedly tried to chase him down over the pedophilia whispers.

Ted Bundy’s crime spree is now infamous: It’s believed he murdered at least 30 women across the United States during the 1970s, and raped and attacked several more. He was put to death by electric chair in 1989.

Bundy was able to lure many of his victims with his good looks and charisma, and he would often pretend to be injured in order to look less threatening before unleashing his deadly attacks.

In fact, Bundy had quite the altruistic side gig: While studying psychology at the University of Washington in the 1970s, he worked at Seattle's Suicide Hotline Crisis Center, helping callers in crisis. There, he befriended fellow hotline worker Ann Rule, who would go on to write a famous book about Bundy, “The Stranger Beside Me.”

When it came to light John Wayne Gacy had raped, murdered, and tortured at least 33 boys and young men, one disturbing fact in particular made headlines: Gacy moonlighted as a clown at charity events for children.

Gacy, who also worked with the local Democratic party in Chicago, would don clown makeup and perform magic tricks as “Pogo the Clown.” In 1980, after several bodies were found buried underneath his home, Gacy was found guilty of 33 counts of murder. He spent his time on death row creating macabre paintings of alter ego “Pogo the Clown” and selling them to collectors.

Those who knew Bruce McArthur were shocked when he was unmasked as the shadowy serial killer attacking Toronto’s LGBTQ-friendly enclave, the Village. McArthur, who was described as a genial, friendly man, worked as a landscaper and even moonlighted as a mall Santa around the holidays. How could a man who resembled Santa Claus be hiding such a terrifying dark side?

Investigators believe McArthur used his affable appearance and demeanor to lure in eight gay men and murder them between 2010 to 2017. In 2019, he was sentenced to life in prison for the serial homicides.

For more on McArthur, watch “Catching A Serial: Bruce McArthur,” airing on Sunday, April 11 at 7/6c on Oxygen.

Woman Has Husband Killed While Pregnant With His Friend's Baby

Oxygen’s Serial Killer Week brings viewers inside the minds of the most notorious criminals of all time. Featuring specials about fearsome and fascinating serial killers, it’s a can’t-miss event for true crime fans. Tune in on Oxygen April 10 to April 18.

You May Also Like...
Recommended by Zergnet
Latest in Serial Killer Week

How A Serial Killer Inspired A ‘Seinfeld’ Episode

How NY's Most Prolific Serial Killer Avoided Capture For Years

Can Serial Killers Love Their Children?

Is There Really A Serial Killer Gene?

The Evidence That Put Jeffrey Dahmer Away For Good