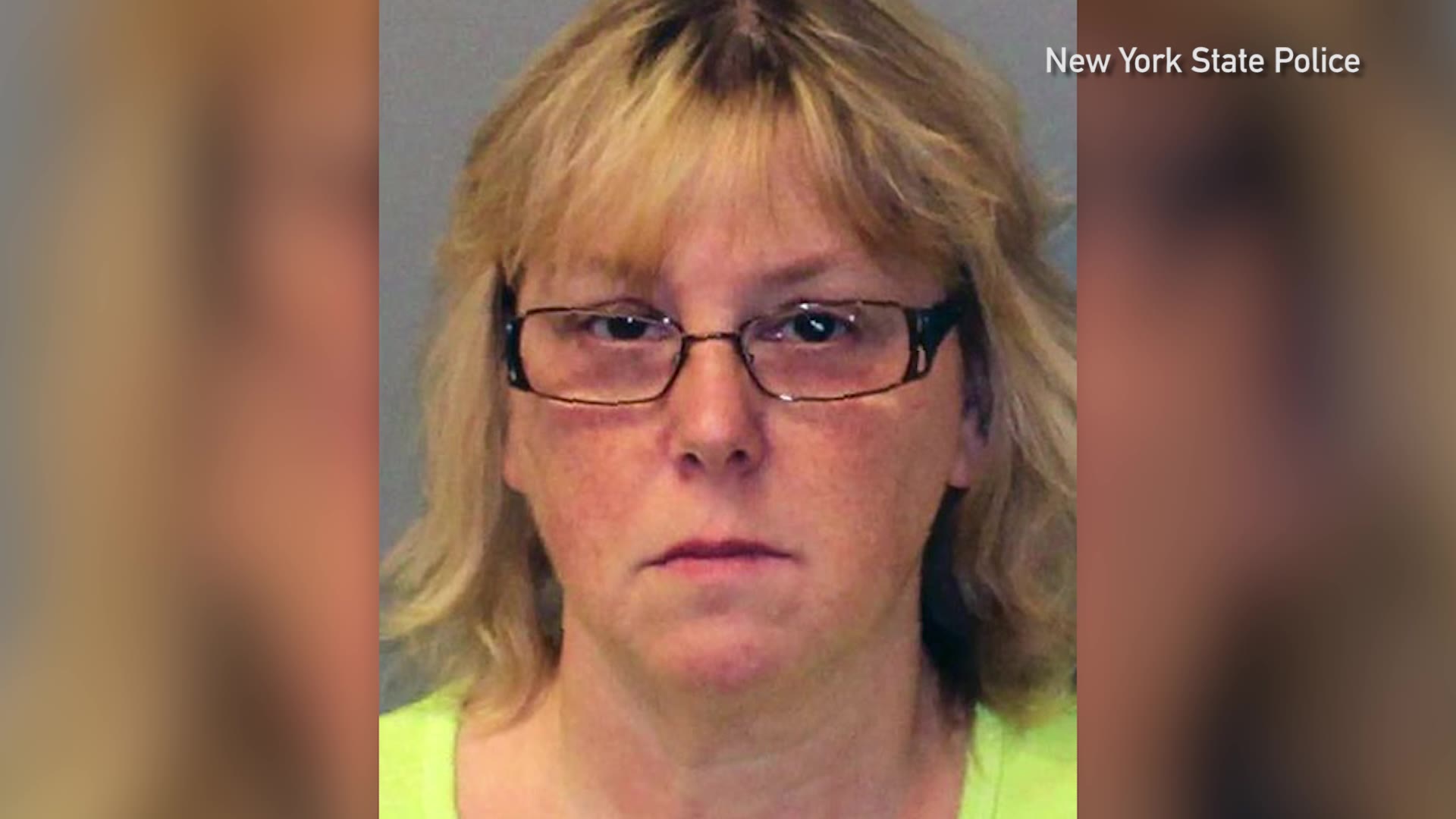 After prison employee Joyce Mitchell became implicated in aiding the 2015 escape of Clinton Correctional Facility inmates Richard Matt and David Sweat, she was arrested and charged with a felony count of promoting prison contraband and a misdemeanor count of criminal facilitation, according to NBC News. While Mitchell initially denied her involvement in the breakout, she later pleaded guilty in exchange for a lighter sentence. As part of her plea deal, Mitchell was required to submit to several interviews with law enforcement and disclose intimate details about how Matt and Sweat escaped.

New York Inspector General Catherine Leahy Scott spoke with Mitchell at length regarding the planning and execution of the jailbreak, and Mitchell revealed she had been romantically involved with both Matt and Sweat. The married 51-year-old told Scott she "enjoyed the attention, the feeling both of them gave me," but that she only had a physical relationship with Matt. Along with providing the prisoners escape tools such as hacksaw blades and chisels, Mitchell admitted she had promised to meet up and run away with Matt and Sweat once they escaped prison.

Mitchell said she helped them break out because she was "caught up in the fantasy" of having "a different life." To start her new life, however, Mitchell needed to abandon her husband, fellow prison employee Lyle Mitchell. According to Sweat, Mitchell spoke with Matt about murdering her husband after meeting them at the pickup point.

"The agreed upon meeting time was midnight. I was to drive my Jeep and bring my cellphone, GPS, clothes, a gun, tents, sleeping bags, hatchet, fishing poles and money from a package I never picked up…,” Mitchell told authorities. “After I picked them up, the plan was to drive to my home and inmate Matt was going to kill 'the glitch.' Inmate Matt referred to Lyle as 'the glitch.'"

But on the night Matt and Sweat made it out of prison, Mitchell had a change of heart and did not meet them at the rendezvous point. Mitchell told her husband she was experiencing a panic attack, and she was rushed to the hospital. The convicts were left to flee on foot, and they were on the run for 22 days before Matt was shot and killed and Sweat was captured.

"I know I had agreed to help them escape and run away with them, but I panicked and couldn't follow through with the rest of the plan,” Mitchell told investigators. “I really do love my husband and he's the reason."

After submitting her guilty plea, Mitchell was sentenced up to seven years in prison. In February 2017 and again in September 2017, Mitchell was denied her request for parole. Her husband Lyle has continued to stand by her side, and before her September hearing, he told reporters, "All I want is for my wife to be coming home."

Mitchell's next parole hearing is in June 2019. She is currently incarcerated at the Bedford Hills Correctional Facility for Women in Bedford Hills, New York.

To learn more about the escape, watch “Dannemora Prison Break” on Oxygen December 15 at 7/6c.