Sign Up for Free to View
What Happened To Laverne Mackey? 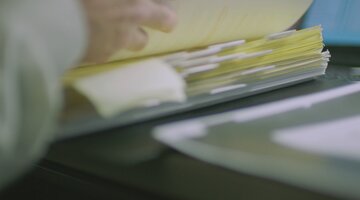 1:04
Preview
What Happened To Laverne Mackey? 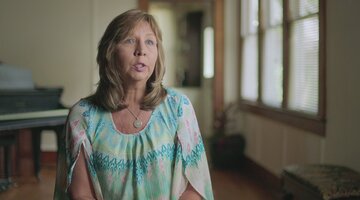 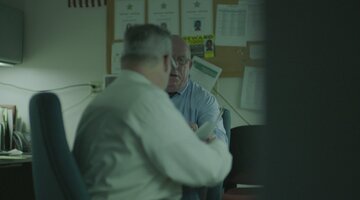 “What would you say if I told you your mom wasn’t coming home?”

That was the question Mearl Mackey asked his stepdaughter, Kelly Carpenter, just a few days after her mother, Evelyn “Laverne” Mackey, vanished from their home in Hernando County, Florida in 1981.

Mearl initially claimed that Laverne was in Ohio, taking care of her brother’s sick wife. Later, however, he told law enforcement numerous conflicting statements, including that Laverne had instead gone to Tampa, that she returned home and became involved with a boyfriend, and that she got into missionary work.

Confused and afraid, Carpenter asked Mearl to take her to her biological father’s house, and for the next year, investigators attempted to track down answers in Laverne’s disappearance.

Detectives learned that on the day she went missing, money had been withdrawn from her banking account multiple times. Months later, the account was completely empty.

But while investigators believed “Mearl wasn’t telling everything” he knew about his wife’s vanishing and that something was “wrong,” there was “no physical evidence” or “sense of any crime scene,” said Det. Loydgren.

At that point, the case went cold, and it was not until Sergeant Phil Lankin attended the National Homicide Conference 33 years later that an inquiry into Laverne’s disappearance was reignited. During the seminar, Sgt. Lankin pitched the case to former prosecutor and “Cold Justice” host Kelly Siegler, who agreed to reinvestigate with the Hernando County Sheriff’s Office.

Siegler and the rest of the “Cold Justice” team interviewed multiple witnesses, which further established their belief that Laverne did not simply pick up and abandon her family.

Investigators tracked down Mearl in Chandler, Texas, and executed a ruse: They told him a plane crashed in South America and that they might have found Laverne’s remains, possibly entitling him to money from the airline. In order for Mearl to collect the payment, however, they said he needed to go over his statement regarding her disappearance.

Mearl agreed, and once back at the station, investigators asked him to authenticate his previous interview transcripts. While he initially claimed that he could not remember what happened the day his wife vanished, Mearl slowly began to validate his prior statements.

Det. Williamson then confronted Mearl, telling him, “Back then, you told so many different versions of what happened to her … Bottom line, we want to know where she’s at.”

Mearl continued to claim he had no idea where Laverne — or her body — was located, maintaining he was “not gonna confess.”

“When this story finally gets told, you’re gonna look like such a flippin’ animal. Such a flippin’ low life,” Det. Williamson said. “Give me the damn body. Because without the body, it looks like first-degree murder in every way, shape, form, or fashion. It’s the absolute truth, and then you add the coverup to it afterwards.”

After being challenged with the possibility of a first-degree murder charge, Mearl told investigators that he and Laverne went fishing in Inglis, Florida, and that she “fell at the dock” and hit her head. He claimed Laverne was not breathing and bleeding “pretty bad,” and that he then tied an anchor to her body and “watched her sink.”

“It’s never gone away … It was an accident … I took the anchor. I put it on her. I wrapped it around her with the rope, and I turned her loose and shoved her underneath the dock,” Mearl said.

When asked where they could find the body, Mearl said he would drive up to Florida and show detectives to the dock, but that he would not allow them to escort him. He then ended the interview and left the room, telling investigators he was “done.”

Although Mearl had confessed to killing his wife, the case was out of the detectives’ jurisdiction, meaning they had no authority or arrest powers.

They presented the case to Florida’s Eighth Judicial Circuit Assistant Attorney Brian Kramer, and a grand jury indicted Mearl for first-degree murder. Detectives searched the docks where he claimed to have left Laverne’s body, but they “came to the conclusion there was no way her body was going to be found,” if it was even hidden there at all.

"Unfortunately, I don’t know that he’ll ever say the location of her body,” Det. Williamson said.

Mearl pleaded guilty to second-degree murder and was sentenced to 10 years in prison.

“I believe that Mearl Mackey killed Laverne just for the money in her bank account. He could care less about her being a person, a human being,” Det. Loydgren said.

To learn more about the case, watch “Criminal Confessions” on Oxygen.

Calling All True Crime Fans
Oxygen Insider is your all-access pass to never-before-seen content, free digital evidence kits, and much more!
Sign Up for Free
All Posts About
Cold Cases
Related
Blog