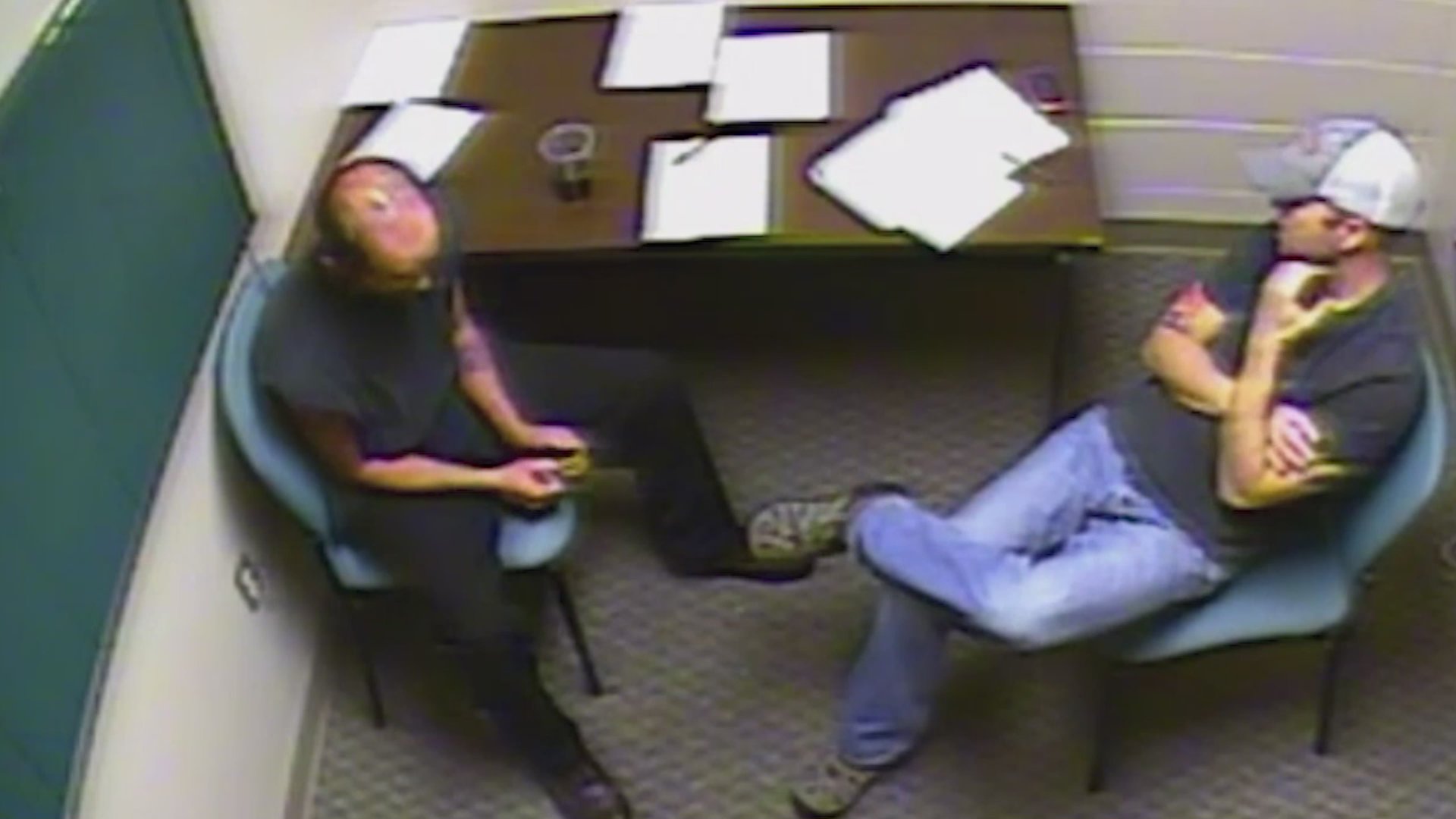 Five days after calling 911 to report his mother’s brutal attack, Lee Watts sat inside an interrogation room at the Clarksville Police Department and told investigators how he bludgeoned her to death with a hammer.

First responders found Ethel Adamson in her northern Tennessee bedroom on April 7, 2013 as she was hanging on to life. Covered in blood with severe damage to her head, she was rushed to a local hospital, where she later died.

While investigators found no sign of forced entry, they theorized Adamson may have been targeted for a large sum of money she recently received from Veterans Affairs following the death of her husband. She kept the $6,500 in cash at her home, but when authorities conducted a search, there was no sign of the money.

In the living room, however, they did locate a claw hammer, which they sent off to the lab for processing.

Detectives asked Watts to come to the station for questioning, and he claimed that he found his mother close to death around 9 a.m., calling 911 shortly after. He had spent the entire night scraping metal at a nearby warehouse, and the last time he saw Adamson was around midnight, Watts said.

He alleged that he had only made one call, to his girlfriend, while he was at work, but when investigators checked his call log, they saw his history had been deleted.

Neighbors also reported seeing Watts at his mother’s house in the hours before he reported the attack.

“I knew that he was leaving out information,” Sergeant Vince Duke told “Criminal Confessions," airing Saturdays at 6/5c on Oxygen.

When they further searched his phone records, investigators discovered Watts had traveled to several locations that night and that he had called a man named Jessie Buckley multiple times. Authorities brought Buckley in for questioning, and he revealed that Watts had contacted him looking to buy drugs.

“I told him where he could get some,” Buckley told Detective Michael Ulrey. “He kept leaving, go and get money.”

After a few trips, Watts checked into the A&W Motel with “a girl named Six,” said Buckley.

Six, full name Satara Ealum, also spoke with detectives, confirming she had been with Watts the night of Adamson’s death.

“He was buying dope. He kept coming back from his mother’s house, getting dope. Coming back with money, getting dope,” Ealum said, adding that Watts had obtained hundreds of dollars.

They checked in to the motel around 4 or 5 a.m., and Ealum said she had an “intuition” that Watts “did something wrong.”

“I told him, ‘Whatever it is, God will bless him and still forgive him.’ … He started crying,” Ealum told detectives.

At 8:30 a.m., Watts said he was “going to my mama’s house to get some more money” and that he would be back, but he never showed, said Ealum.

Watts was brought in for a second interview, and while he initially denied having anything to do with his mother’s murder, he later admitted that he stole her money to buy crack and that he “hurt [his] mama.”

“I don’t know how many times I did it, but I hit her with a hammer,” Watts said.

He went on to claim that his motivation for killing Adamson was because she never told him she loved him, and all he wanted was “a hug, a kiss on the head … to hear those three words.”

A DNA test confirmed that Adamson’s blood was on the hammer, but there were no prints that linked Watts to the murder weapon.

Watts was charged with his mother’s slaying and ultimately found guilty of first-degree felony murder and especially aggravated robbery, reported local newspaper the Leaf Chronicle. He was sentenced to life in prison with an additional 25 years for the robbery charge.

To learn more about how investigators tracked down Watts, watch “Criminal Confessions” on Oxygen.