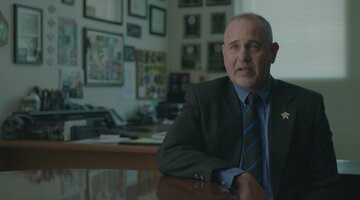 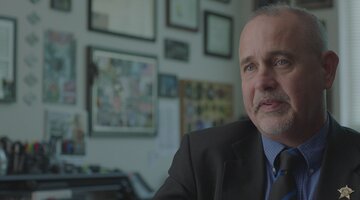 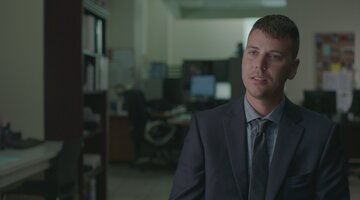 On the morning of June 17, 2016, authorities were called to the side of the road in Rowan County, North Carolina, to investigate a plume of smoke coming from the woods.

At the scene, they found the nude, burning body of Amanda Smith, 33, who was “unrecognizable” after enduring severe trauma to her head and neck. When investigators located her address, they discovered the young mother’s trailer had been burned down that same morning, leading them to believe her assailant had murdered her at the home and later dumped her remains.

“With our crime scene being an obvious fire and then her house burning down, I felt like I found our primary crime scene where the homicide occurred,” Rowan County Sheriff’s Office Lieutenant Chad Moose told “Criminal Confessions,” airing Saturdays at 6/5c on Oxygen.

By speaking with loved ones, investigators learned Smith was last seen with her friend, Stephanie Hall, and Hall’s boyfriend, Timothy Smith (no relation), who were both living with Amanda at the time.

The couple, however, was nowhere to be found, and it wasn’t until June 19, 2016 that authorities located them three hours south in Horry County, South Carolina.

They had been pulled over by local police in traffic stop when Tim attempted to flee the officer, driving his truck on the wrong side of the road before crashing into a wooded area. While Tim ran from the scene on foot, Hall was found in the vehicle and treated by first responders.

When Tim was finally apprehended, he told investigators that although Amanda and Hall had been close, the two had recently grown apart.

“One night, they had been arguing because of cash that was missing,” Tim said. “I kinda broke it up ‘cause it was a heated argument. And then later on, she’s like, ‘We gotta kill her.’”

Tim went on to confess that on the night of the murder, they were all together at Amanda’s trailer, and he struck Amanda multiple times with his fist until he “knocked her out.”

“And then Stephanie came over there, and she stepped on her neck until she stopped gurgling,” he said.

Once she was dead, Tim started cleaning up the crime scene, and Hall cut off Amanda’s clothes and hair and put them in a trash bag.

“I don’t know if Stephanie was jealous of Amanda in some way. It just goes to show that this was such a personal thing. Cutting her hair had nothing to do with killing her. It was more of a degrading thing if anything,” Detective Ryan Barkley from the Rowan County Sheriff's Office told “Criminal Confessions.”

Tim and Hall then loaded Amanda’s body into the truck and picked up gas at a nearby convenience store. After searching for a place to dump and burn her remains, they pulled over on a shoulder and placed Amanda in the brush.

“And I just dumped a gallon on it, on the body to burn it,” Tim confessed.

Realizing they would never be able to destroy all the evidence they had left behind, the couple then set fire the trailer.

“Stephanie said, ‘You’re sweating all over the place. You got your DNA everywhere,’” Tim told investigators. “So that’s why we decided to burn the house down.”

While Hall initially denied playing an active role in Amanda’s homicide, she later corroborated Tim’s story, admitting that she told Tim to burn down the house and that they set her body on fire.

To learn more about the case, watch "Criminal Confessions” on Oxygen.

Twin Arrested For Murder After DNA Leads To Wrong Man