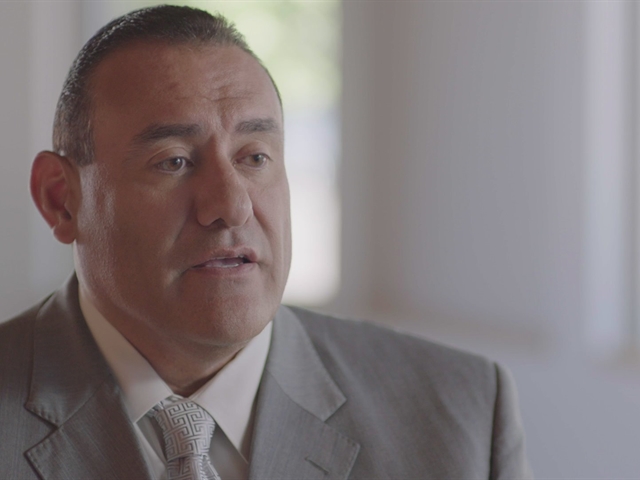 Inside a Colorado interrogation room, Denver Police Detective Nash Gurule knew he had the man responsible for the murder of missing 19-year-old Kenia Monge.

All he had to do was get Travis Forbes to confess.

Forbes had been picked up by Fort Collins authorities in connection with another crime — the beating and sexual assault of 30-year-old Lydia Tillman — and Det. Gurule was visiting Forbes in the hope of eliciting more information about Monge’s disappearance.

Prior to his arrest, Forbes, a local baker, had told investigators that he met Monge on the streets of downtown Denver the evening of March 31, 2011. Monge was intoxicated and visibly upset, and he offered to give her a ride home in his white cargo van, said Forbes.

On the way, Monge wanted a cigarette, so they stopped at a Conoco gas station, where Monge reportedly met a fellow smoker and wandered off with him. Forbes said that was the last he saw of her and denied having anything to do with her disappearance.

Detectives were suspicious of Forbes’ story, and when they searched the back of his van, which he used to deliver his gluten-free granola bars, they were hit with the overwhelming smell of bleach. New carpet had also been placed down on the floor.

“It didn’t sit right with the officers … Everybody’s thinking, ‘Something’s up with this guy,’” Det. Gurule told “Criminal Confessions,” airing Saturdays at 6/5c on Oxygen.

Following his initial interview, Forbes agreed to come back for a polygraph test, but he never showed up. And with no physical evidence tying him to Monge’s disappearance, detectives were unable to bring charges against him.

Several months later, however, when Forbes was taken into custody by Fort Collins investigators, it seemed the 31-year-old was done running.

In exchange for his testimony, Fobes requested one thing — to carry out his prison sentence without being labeled a sex offender.

Along with pleading guilty to Monge’s murder, Forbes agreed to show investigators where he had buried her remains. He directed detectives to a small grove of trees near an interstate in neighboring Keenesburg, about 40 miles outside of Denver. Her body was unearthed by crime scene analysts hours later.

Back at the Fort Collins Police Department, Det. Gurule and Denver Police Det. Louis Estrada interviewed Forbes about the night he murdered Monge. As he originally claimed, Forbes said he found Monge intoxicated around the downtown area and picked her up. While in the van, she “passed out,” said Forbes.

“I definitely took advantage of her being drunk,” he told investigators, confessing that he “had sex with her” in the back of the vehicle while she was unconscious.

Forbes drove around with Monge’s remains in the back of his van for an entire day, hiding her body inside a cooler, which he then wheeled into a freezer at the bakery where he made his granola bars.

“I cut Kenia’s clothes off, and I burned ‘em. I burned everything that she touched, and then I drove to where I took you guys today,” he said.

To hear from Monge’s family and learn more about how investigators tracked down her killer, watch “Criminal Confessions” on Oxygen.

Investigator Says She Mourned Chris Watts’ Kids More Than He Did