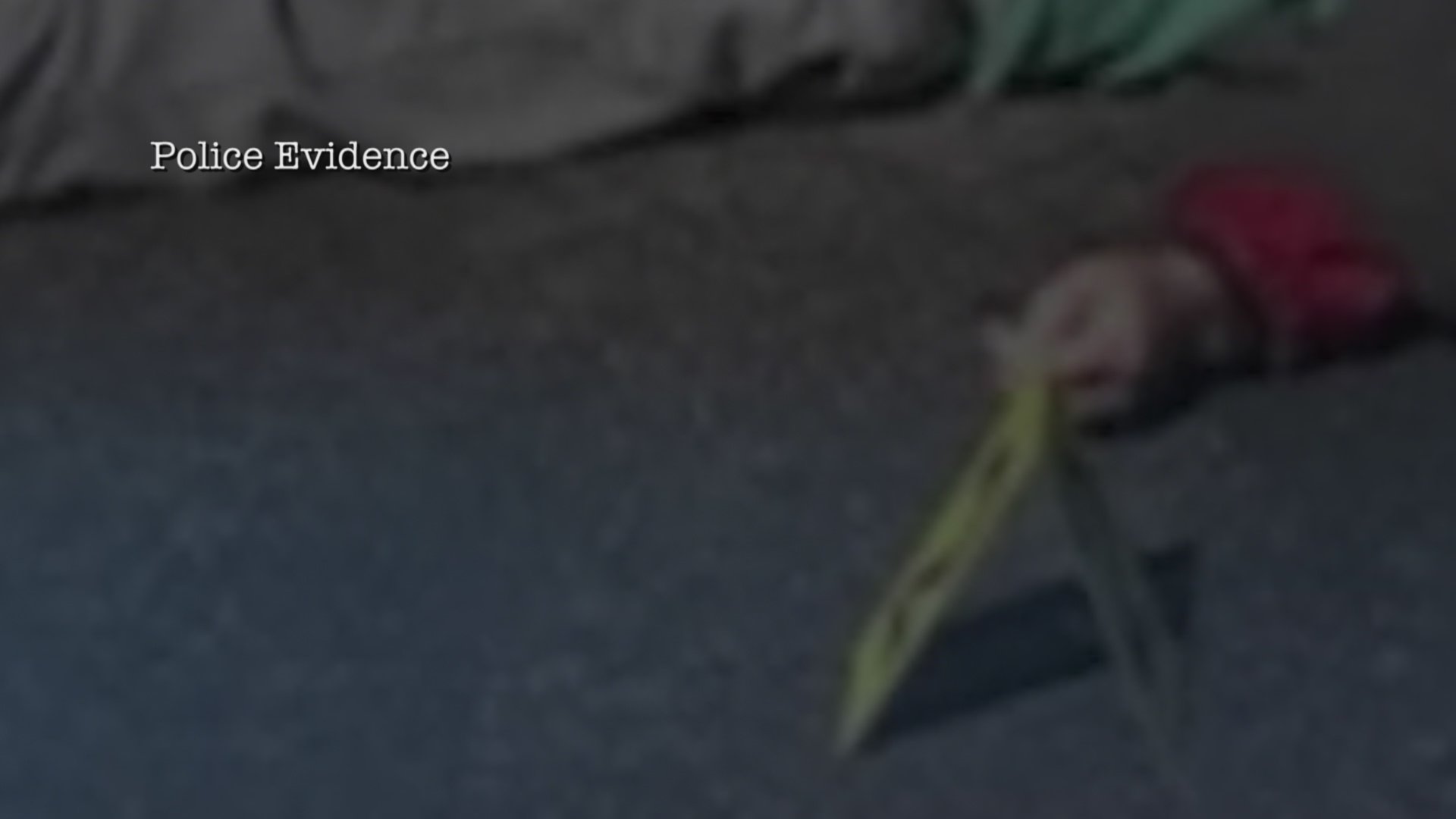 On the morning of March 30, 2009, a Pizza Plus employee in Tazewell, VA, opened the store to find the remains of owners 52-year-old Harvey Looney and 48-year-old Valerie Looney. Harvey's throat had been slashed outside the restaurant's back door, while Valerie had been killed inside the kitchen. Her throat had also been cut, and she had been hit on the head with what detectives later determined to be a fire extinguisher.

"Her whole head had almost been cut off," Captain Neil Turley of the Tazewell City Sheriff's Office told "Criminal Confessions," which airs on Saturdays at 6/5c on Oxygen.

The day the Looneys were discovered would have been their 29th wedding anniversary.

When detectives arrived at the crime scene, they noticed the bloodied fire extinguisher had been placed back in its holder. This led them to believe the perpetrator was familiar with the restaurant or possibly a former or current Pizza Plus employee. Though DNA was collected from the fire extinguisher, the results were inconclusive.

Investigators then interviewed the couple's only son, Christopher Looney, who lived with his parents and had previously worked at the Pizza Plus. When asked why he was not alarmed when he woke up the morning of the 30th and realized his parents had not returned home after closing up the restaurant, Christopher explained that Harvey had mentioned their anniversary was coming up and "they were probably going somewhere." Christopher said he did not know anyone would harm his parents, and the investigation hit a dead end.

Four months later, detectives discovered the Looneys had a life insurance policy and that Christopher "had a large sum of money coming in from the death of his parents," Detective Michael Hall told "Criminal Confessions." Christopher was brought in for an additional interview, and he denied knowing anything about the murders. Though investigators suspected he had the motive to kill his parents, they had no physical evidence to tie him to the crimes. Christopher was released from the interrogation, and for the next four years, the case went cold.

Detectives were unable to generate any new leads during that time, and they decided to "try and [sic] reinterview Chris to get at the truth," said Detective Hall. Before bringing Christopher back in, however, they contacted cold case homicide interview expert Rich Byington, who is a senior investigator with leading interrogation company John E. Reid & Associates.

Using the Reid technique — a three-part process that includes Fact Analysis, Behavior Analysis Interview and the Reid Nine Steps of Interrogation — Byington was able to get Christopher to open up about the night his parents were murdered.

Byington started the interrogation by telling Christopher he had interviewed various people about the case and deduced "there's no doubt you caused the death of your parents." In shock, Christopher ultimately broke down and admitted the murders were "just an accident." He told detectives that he went to Pizza Plus around 10:30 PM on the 29th and got into an argument with his parents about money.

Christopher was charged the capital murders and robberies of Harvey and Valerie Looney, and he pleaded no contest. In 2014, he was sentenced to life in prison, reported the Bluefield Daily Telegraph.