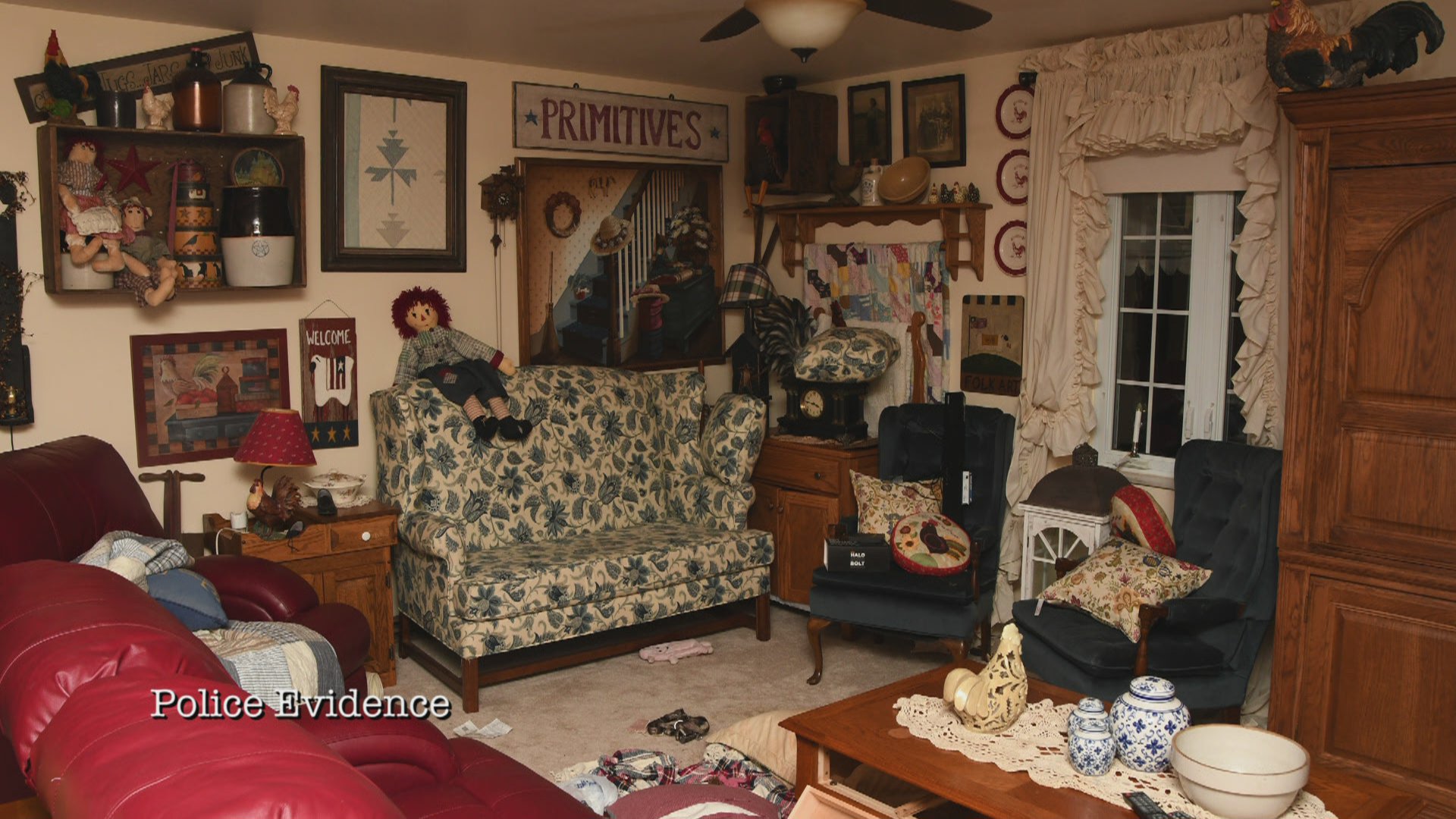 On May 7, 2017, 43-year-old Brad McGarry was found dead with two gunshot wounds to the back of the head in the basement of his Bellaire, Ohio, home. His best friend, 30-year-old David Kinney, had found McGarry with his wife and young daughter, who were accompanying him while he dropped off a weed-eater at McGarry's home.

With McGarry's kitchen in disarray and living room completely ransacked, authorities initially believed his death had been the result of a robbery gone wrong. But after further inspection, detectives realized nothing of value had been stolen.

"As I'm walking through this crime scene, I'm noticing some very high-dollar items are there," Belmont County Sheriff’s Department Detective Ryan Allar told "Criminal Confessions." "Brad McGarry owned a gun — a 9mm. He was a collector of country-type style art. He had a great deal of it in his house. I mean, this place was a treasure trove for thieves, and nothing's missing that we can tell."

Detective Allar continued, "The more and more we get into this, the more and more it looks like this is a prop left for us, to throw us off the trail. This was the most staged crime scene I've ever seen in my life. ... Whoever staged this scene killed Brad McGarry."

Over the next 24 hours, authorities ran down several dead-end leads, and it wasn't until McGarry's cousin, Schuyler Strawser, made a case-breaking disclosure that police were able to identify a suspect.

When pressed for more details about DJ, Strawser told detectives, "I guess they call him DJ or David Kinney. ... It's the only guy he's ever told me about."

Detective Allar told "Criminal Confessions," "When I found out that DJ was David Kinney, the person that found his body with his family, it stopped making sense. Up until this point, David Kinney was a witness in this case — that was his role. When we find out that he has been hiding things from us, that all changed."

When Kinney was brought in for questioning, Kinney changed his story "seven or eight times" before ultimately admitting that he murdered his best friend. But according to Kinney, it was only in self-defense. On May 9, Kinney was arrested and charged with first-degree murder.

Family friend Abby Milliken, who viewed McGarry as an uncle, told "Criminal Confessions," "When I saw that David Kinney had confessed to the murder of my uncle, it was kind of surreal. I feel as if he could have expressed himself and came out to others. He could've been with my uncle right now."

Kinney was found guilty of aggravated murder several months later and sentenced to life in prison without the possibility of parole, with an additional three years for a gun specification.

Detective Sergeant Doug Cruse from the Belmont County Sheriff's Office told "Criminal Confessions," "It's such a tragedy that he felt so intimidated that he was willing to murder somebody that obviously loved him and cared about him to keep that a secret. It's really just sad for everyone."

To learn more about how investigators caught Kinney, watch "Criminal Confessions" on Oxygen.