Sign Up for Free to View
Dannemora Prison Break: David Sweat is Moved Out of the Tailor Shop 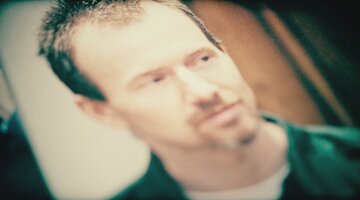 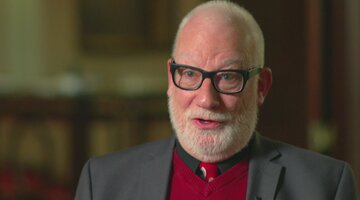 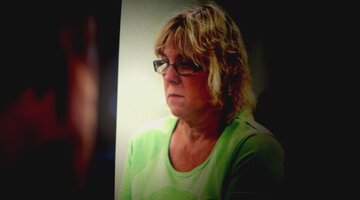 In interrogation recordings that aired in Oxygen's two-hour special "Dannemora Prison Break," convict David Sweat opened up about how he and fellow inmate Richard Matt manipulated prison employee Joyce Mitchell into aiding their 2015 escape from the Clinton Correctional Facility in upstate New York.

Sweat, who was serving a life sentence after shooting and running over a sheriff’s deputy with a car in 2002, told investigators he first met Mitchell, a seamstress, when he was assigned a job in the prison's tailor shop. The two became close, and Sweat even bragged that he was Mitchell's "favorite."

Their relationship, however, did not go unnoticed, and the pair fell under scrutiny once other inmates began to gossip about alleged sexual encounters between the Mitchell and Sweat. Before the breakout, prison officials launched an investigation to determine if they had inappropriate intimate contact, but they found no evidence of wrongdoing.

Still, Mitchell's behavior was enough of a concern to have Sweat transferred out of the tailor shop, and the two no longer had direct contact with each other. After he was fired from his position, Sweat said he started to think about escaping.

Mitchell was upset by Sweat's departure, and Matt, who also worked in the tailor shop, swooped in to comfort — and exploit — her.

Mitchell told NBC News in 2015, "When Mr. Sweat was removed from the shop — and, of course, when they lose their job, there's no pay coming in — Mr. Matt would ask me to bring stuff in for Mr. Sweat so that he would have food or something. I would bring cookies, brownies, you know, stuff like that."

Working as a middleman between the two, Matt also gave Sweat notes from Mitchell that "were of a sexual nature" and included "naked photos of [her] breasts and vagina." With the knowledge that Mitchell was willing to bend the rules, Sweat and Matt realized she could be the key to their escape. Sweat told investigators that Matt "figured a way that he could get stuff" from Mitchell by "utilizing her feelings" for him.

Author of "Escape From Dannemora" Michael Benson explained in “Dannemora Prison Break,” "When [Sweat and Matt] look at Joyce Mitchell, their sixth sense starts to tingle. I mean, she's got mark written all over her."

According to Mitchell, it was around this time that Matt became sexually violent, kissing her and forcing her to perform oral sex. She said she complied out of fear, but under oath, she said she “engaged in numerous sexual encounters with Matt,” who was serving 25 years to life for kidnapping and beating his former boss to death.

Sweat told investigators that Matt ultimately convinced Mitchell to sneak in tools such as hacksaw blades and chisels, which they used to cut holes in their cell walls and create an escape tunnel. The two ultimately crawled through an 18-inch steam pipe that led to a manhole around 400 feet from the prison entrance.

"I mean, you know, you've got to figure something out if you want to get out, you know?" said Sweat. "That was one of the hardest places to get out from."

The ensuing manhunt cost the state of New York $23 million and lasted three weeks before Matt was shot to death by police and Sweat was captured alive. During the chase, Sweat was shot twice in the torso, but he recovered at a local hospital. He was later sentenced to three and a half to seven years on each of two counts of first degree escape and one count of first degree promoting prison contraband and ordered to pay $79,841 in restitution.