Sign Up for Free to View
Was Corey Atchison Lying to Police About the Death of James Lane? 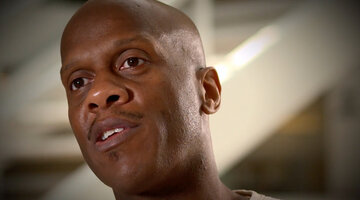 Now Playing
1:36
Preview
Was Corey Atchison Lying to Police About the Death of James Lane?

1:58
Preview
How Did These Brothers End Up Wrongfully Convicted of Murder? 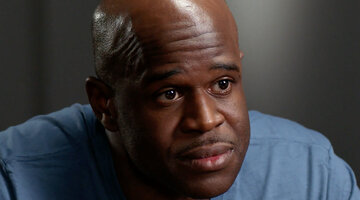 Malcolm Scott spent more than 20 years in prison for a murder he didn’t commit. Turns out, he wasn’t the only person in his family to be wrongfully convicted.

Scott and his older brother Corey Atchinson were each convicted of separate murders in the 1990s and spent decades behind bars, before each was exonerated in a disturbing case of justice gone wrong.

“The system doesn’t want to acknowledge that they made a mistake, but you made a mistake,” Tiffany Murphy, the former director of the Oklahoma Innocence Project, told “Dateline: Secrets Uncovered,” airing Wednesdays at 8/7c on Oxygen. “You made a horrible mistake and the fact that it happened twice in the same family — there are no words.”

Growing up in a poverty-stricken neighborhood on the north side of Tulsa, Oklahoma, Scott and his older brother had always been close.

“We have a beautiful relationship,” Atchinson said of the pair’s bond. “My momma will tell me, ‘You know he’s crazy about you,’ you know, ‘He do everything you do.’”

Atchinson served as mentor for his younger brother, encouraging him to focus on sports and stay off the streets, but the two brothers were suddenly pulled apart in 1990 after Atchinson said he had been driving through an area of the city and heard a loud gunshot.

“I looked to where the shot came from and I seen the dude fall and as we got right there, I looked and seen his chest was still moving,” Atchinson recalled. “He was still breathing and I was like, ‘Man, somebody call an ambulance for him.’”

The victim was later identified as 29-year-old James Lane, a small-time drug dealer, who had been shot in the chest and robbed. Without much to go on, the murder case quickly went cold until an eyewitness came forward six months later to say Atchinson had been the shooter. His close friend Ben King also told police in an interrogation room that Atchinson had killed Lane.

Atchinson — who continued to maintain his innocence — was arrested and charged with murder. The next year, he was convicted and sentenced to life in prison.

Scott was just 13 years old, but what he didn’t know then was that his life would follow an eerily similar path just a few years later.

On September 10, 1994, 19-year-old mother Karen Summers was struck down in a driveby shooting while hanging out with friends, some of whom had been known gang members.

When a detective visited Michael Wilson, a well-known member of a rival gang, he noticed a maroon sedan in Wilson’s driveway matching the description of the drive-by car and found a gun that would later be matched through ballistics to Summer’s death.

Wilson was arrested for being in possession of the gun but he insisted he had been hiding it for De’Marchoe Carpenter — a close friend of Scott’s who had been injured in another drive-by shooting less than a year earlier.

Two other eyewitnesses also told police that Carpenter and Scott — who authorities believed had ties to the rival gang — had been the shooters that night.

Both men were arrested even though Scott insisted he didn’t do it.

“I’m like, ‘Whoever, you know, is telling you this, they are obviously mistaken. I didn’t have nothing to with it,'" Scott told "Dateline" correspondent Craig Melvin.

Carpenter also denied any role in the shooting, but both were later convicted and sentenced to life in prison plus an additional 170 years after Wilson agreed to testify in exchange for a lesser sentence.

“Everything just froze. It’s like time just suspended for a second,” Scott said of hearing the verdict.

When Atchinson heard of his brother’s conviction, he felt he had failed his brother “because he had followed in my footsteps” even though both men insisted they were innocent.

“There’s no blame on my brother at all,” Scott told “Dateline: Secrets Uncovered.” “I definitely can’t hold him responsible for something I didn’t even do myself.”

As the years passed behind bars, Carpenter and Scott were intent on proving their innocence and spent years writing letters to anyone they could think of that might help their case or recording videos with contraband cell phones begging President Obama and others to intervene in the case.

RELATED: How A Growing Land Dispute Between Montana Neighbors Led To One Man's Death

One of their pleas finally reached private investigator Eric Cullen in 2006.

“I kind of describe Malcolm and De’Marchoe’s letters as kind of scratches on a wall,” Cullen said. “I just kind of imagined what it must be to, you know, be dropped in a hole 30 feet deep and good luck getting out.”

Cullen decided to dig into the case and tracked down one of the eyewitnesses who recanted his testimony, saying he only placed the blame on Scott and Carpenter because detectives threatened to charge him with a crime if he didn’t testify.

Upon hearing the man’s story, Cullen decided to team up with Murphy at the Oklahoma Innocence Project. Together they learned that the second eyewitness had been shot in the butt and hadn’t seen the shooting. He also recanted his testimony.

“This is a kid who got pressured into saying something he did not see. I was just watching him and I could tell this was a man who was remembering something that was extremely traumatic and as a Black woman, I get that, I understand that. You know, the fear of the police is a real thing,” Murphy said.

But even with the two eyewitnesses changing their stories, there was still Wilson’s account. By then, Wilson was on death row himself after being convicted of killing a convenience store manager. Just 48 hours before his execution — after all his appeals were exhausted — Wilson agreed to talk with Murphy and had a shocking story.

He told Murphy he had been the one to shoot Summers that night.

“I wasn’t trying to shoot Karen Summers,” he said, according to an interview tape, adding it was “just one of those type of things she was at the wrong place at the wrong time.”

He thought he had been caught when detectives discovered the gun used in the shooting, but told Murphy that investigators already seemed to be focused on Carpenter and Scott.

“It kind of blew me away that I got caught with a gun and they just let me go,” he said.

In an attempt to save himself, Wilson said he told detectives what they wanted to know, answering affirmatively when investigators asked whether Carpenter had been the one to give him the gun.

While police and prosecutors denied ever pressuring witnesses and insisted the right men were behind bars, a judge ruled in 2016 that police had and found Wilson’s video confession credible, ultimately exonerating both Scott and Carpenter.

Scott was finally released, but he couldn’t enjoy his newfound freedom until his brother was cleared as well.

The 15-year-old eyewitness in the case had broken down during a preliminary hearing and insisted that he didn’t see anything and said police had threatened him with jail time, according to “Dateline: Secrets Uncovered.”

Atchinson’s friend, Ben King, also said he only told police that Atchinson had been the shooter after hours of interrogation.

“They wouldn’t let me go and I didn’t have an attorney or nothing,” King said. “After being down there nine or 10 hours all day I thought well, I’ve been telling the truth that he didn’t do it, so I thought well, I’ll tell them a lie and go home,” he said.

After the interrogation, however, King refused to testify in court and prosecutors were forced to use his videotaped interrogation in court instead.

Finally, 28 years after Atchinson’s conviction, a judge ruled there had been a “fundamental miscarriage of justice” and found there had been “clear and convincing evidence” that Atchinson did not commit the crime.

After nearly 30 years, both brothers were now free men.

Scott, who now works as a personal trainer, is focused on trying to change the system so that others do not fall victim to wrongful conviction and has sued the City of Tulsa and individual police officers involved in his case.

“I know the pain,” Scott said of his mission to help others. “I know the hurt.”

Atchinson also sued the state of Oklahoma for wrongful conviction and received a settlement in June 2021 of $175k, the maximum allowed under Oklahoma law.