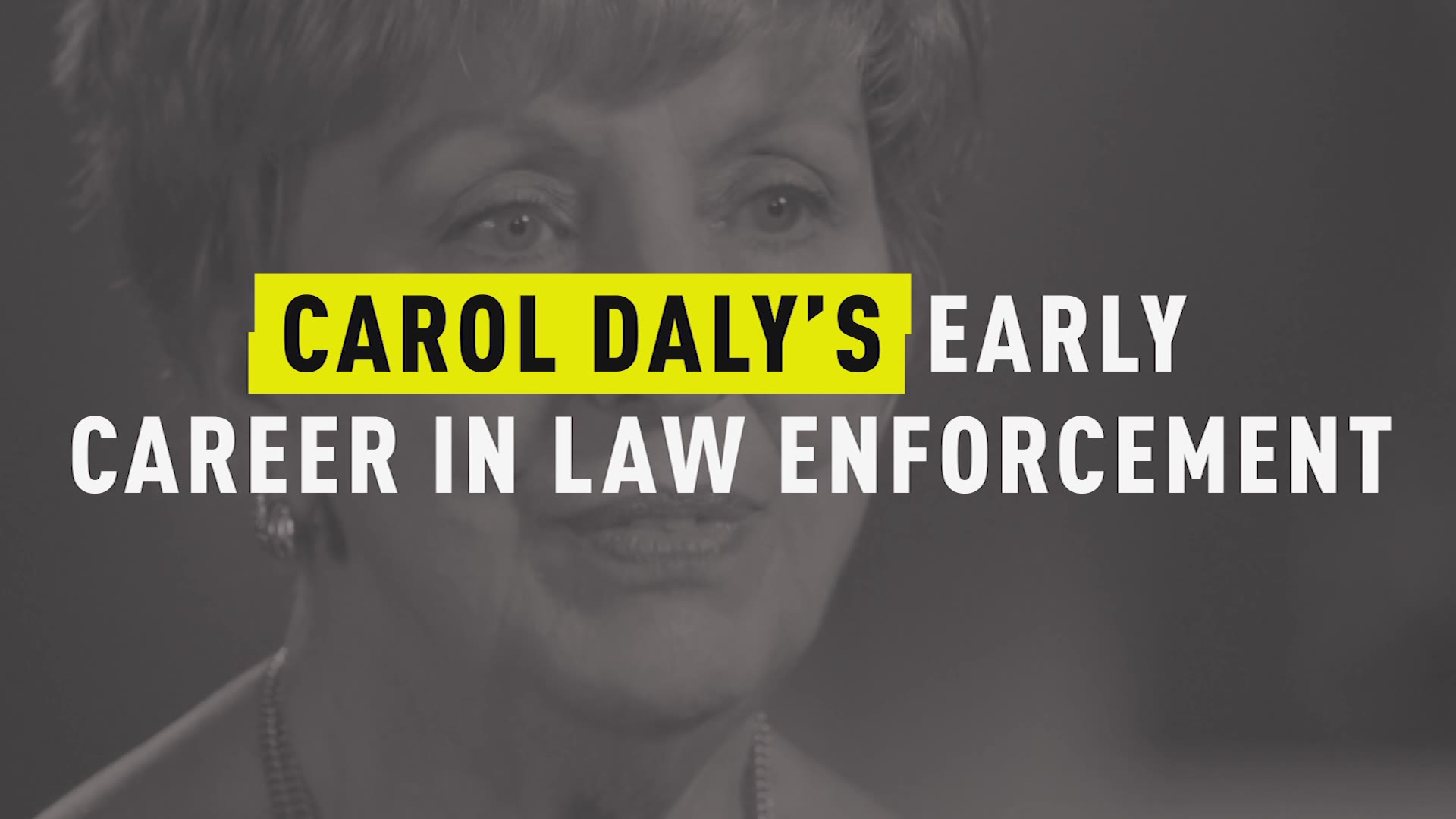 Carol Daly had been working as a secretary for the Sacramento County Coroner in 1968 when her husband showed her a job posting. The county was looking for female deputies. Back then, it was a separate classification in the department and testing process.

Daly decided to give it a go — if she got the job, it paid twice what she was making as a clerk.

Among those who responded, 35 women took the test, 12 passed, and six were hired to join two women that were already working for the department. There wasn’t a clear career path like there was for men, who had to do stints in jails and on patrols before they could apply to be detectives.

But Daly buckled down and did the work.

“I was always focused on the job, and what I had to do to do the job and be good at what I did, and it wins over people,” Daly said.

As she worked her way up the ranks, a particular case began to terrorize her community. In 1976, she responded to the rape of Jane Carson, who had been cuddling in bed with her three-year-old son when a man in a ski mask appeared in her home moments after her husband had left for work. The rapist put Carson’s son on the bedroom floor during the attack.

Carol Daly, alongside Richard Shelby. Both were detectives on the East Area Rapist case. Credit: Washington Post via Getty Images

Authorities now pinpoint Carson’s case as rape number 5 by the East Area Rapist, and during this case Daly and other investigators realized they might have a serial predator on their hands. By the time the seventh and eight rapes was reported, the department realized there needed to be a task force. There were about 40 or 50 people on the team, but Daly’s experience interviewing victims made her the natural choice to talk to women that were raped.

After patrol deputies responded to the crime scene, Daly would come and take each woman to the hospital for their rape exam and interview them. She interviewed every single woman tied to the case in her jurisdiction. There were 36 of them.

“Rape interviews are extremely difficult,” Daly said. “There are a lot of things you need to know. ‘When was the last time you had intercourse with your husband? Did you douche afterwards?’ Very personal questions that you have to ask. ‘Where did he touch you? What did he do?”

Daly would often conduct the interviews during the long hospital waits, telling herself that other officers needed her interviews to be as detailed as possible to help catch the perpetrator.

“What the rapist did was horrible to these victims,” Daly said. “But my job was not to internalize it. [I would think] ‘What can I do to put them at ease and get as much detail as possible?’”

All the while, these women were traumatized. She recalled one victim she had to leave alone for a while at the hospital while she contacted her fellow officers, who told her later that she vacillated between crying and laughing while waiting for the doctor. But when she was around Daly, she wanted to give all the information she could to help.

“These women were incredibly strong women,” Daly said. “I cannot recall any victim that went to pieces cried and cried and couldn’t talk to me. They wanted to help as much as possible.”

He would enter through unlocked doors through a window, often when victims were asleep.  He often had already come into the house before and set up everything. He always wore a ski mask and gloves and spoke through clenched teeth in a harsh whisper. He always had a weapon, and would usually confront victims with a flashlight in their eyes, would make them turn over, and tie them up. He would often say, “I’m not going to hurt you, I just want your money.”

“But when he would come back and start untying them, they knew he wasn’t there just for the money,” Daly said.

The attacks were long, sometimes taking two to three hours. He escalated, raping women when their boyfriends or husbands were home. He’d tie the men up, sometimes stacking dishes on them, telling them if the dishes fell he would kill them both.

For about two years, it was the only case Daly worked. For more than four decades, it’s been a constant concern.

“I have never worked a case that took as physical and mental toll on me as all the cases of the East Area Rapist because there were so many of them and the things that he did,” Daly said. “For 42 years, when I close my eyes at night I think if those victims and it’s never left me.”

Now, authorities believe the East Area Rapist, also reffered to as the Golden State Killer, was responsible for more than 50 rapes in California during the 1970s and 80s, as well as a dozen murders. Joseph DeAngelo, arrested in April, has been charged with all 12 of the murders. He has not been charged with any of the rapes, and awaits trial on the murder charges.

When Daly found out DeAngelo had been arrested, she set out to contact as many victims as she could herself, not wanting them to find out from news reports.

“[There’s] 42 years the underlying emotion you just don’t expect that news to ever come,” Daly said. “The next phone call that I made, [I was just] crying and crying — the release of the emotion of 42 years of not knowing who this horrible, horrible man was.”

Daly was the first women in the department to rise to the rank of undersheriff for Sacramento County before retiring in 2001. In the course of her work on the East Area Rapist case, she helped standardize rape kits, informing doctors what kind of evidence they would need.

Like retired investigator Paul Holes who spearheaded the efforts to link DNA with reverse genealogy profiles to identify DeAngelo as a suspect, she’s gained quite a following during the case as true crime fans are impressed with her tenacity, strength and grit. While some are #hotforholes, others are #crushingoncarol.

The Terror Felt During The Golden State Killer’s Crime Spree