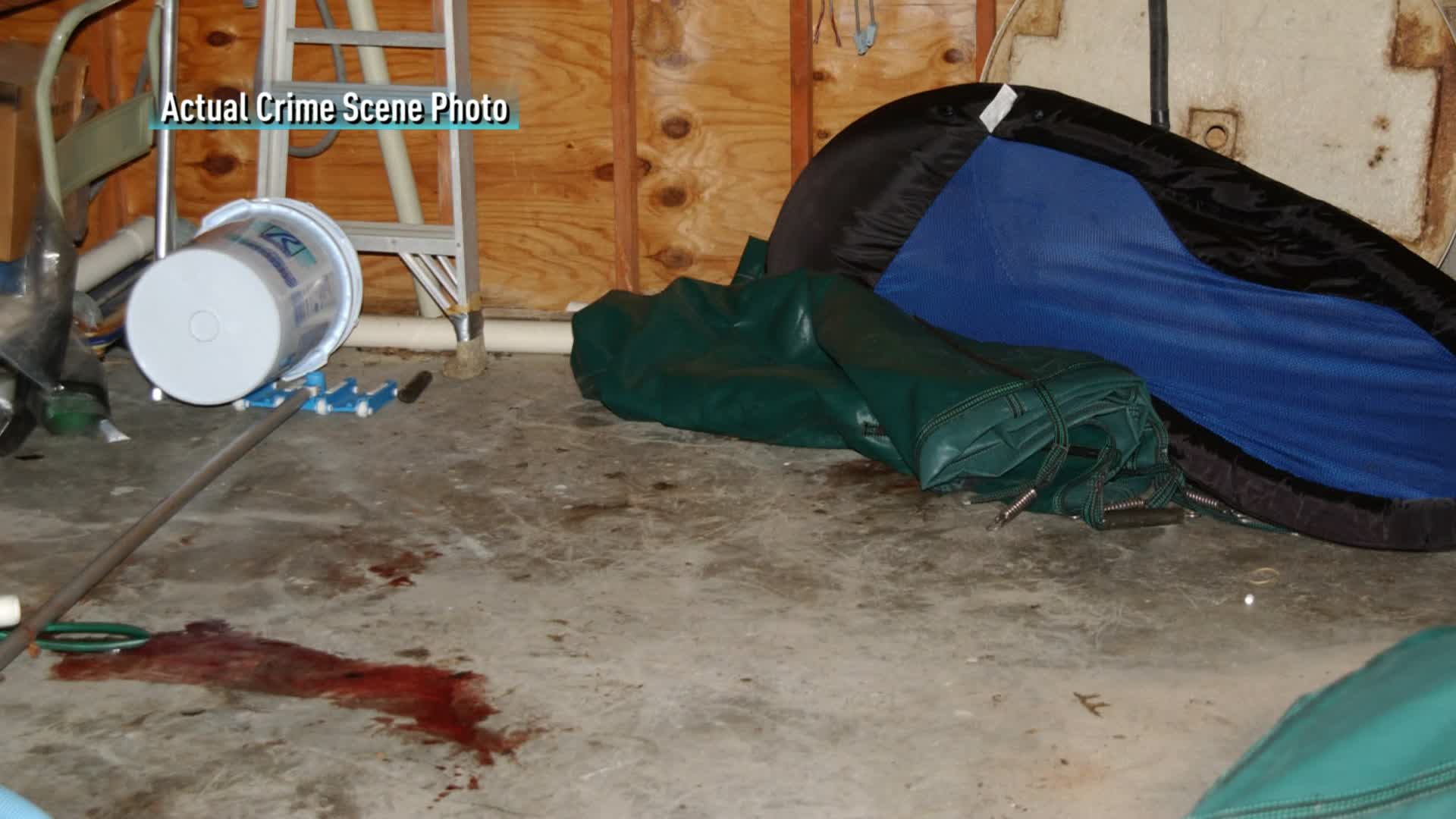 Roger Kemp was the first to see the battered body of his daughter, Ali, lying under a tarp in a pool maintenance room in June 2002.

Roger had been summoned by his son, who was supposed to meet 20-year-old Ali at the pool where she had a summer job but was unable to find her there. When Roger did find her in a maintenance room there, Ali had been badly beaten, and there was blood everywhere.

“I was hoping that she was still conscious and could hear me, but she didn’t come back,” Roger told producers of Oxygen’s “In Ice Cold Blood.” Ali died shortly after arriving at the local hospital.

Authorities in Leawood, Kansas, had few clues or suspects at first in the college student’s brutal murder. Retired Leawood Deputy Police Chief Craig Hill said there was clearly a struggle — it "looked like a grenade went off in” the maintenance room where Ali was found. A tube of antiseptic ointment had also been removed from the room’s first-aid kit and uncapped.

Investigators first looked at Ali’s longtime on-again, off-again boyfriend, Phil Howes, but he had a solid alibi, retired Leawood Police Sgt. Scott Henson told “In Ice Cold Blood.” Then, they expanded their net, looking for a “needle in a very big haystack.”

One detail that stuck out was an old Ford pickup that was seen in and out of the parking lot that afternoon. Ali’s friend also saw a man she’d never seen around before leaving the maintenance building. He waved to her and got into the truck. She was able to give police a composite sketch, at least as a starting point.

Fear spread in the ordinarily safe community as the hunt continued, and tips flooded in, with few yielding much useful information.

Howes pitched in, launching what he called a “virtual manhunt,” blasting the composite sketch around Kansas University’s campus and urging people to watch an episode of “America’s Most Wanted” featuring Ali’s case.

“This monster will do this again, and we need everyone’s help to try to find him and bring him in,” Howes wrote, according to the Lawrence Journal-World newspaper.

But it would take more effort on the part of those closest to Ali before her killer would be caught. Roger recalled to ‘In Ice Cold Blood” how he also stepped up his efforts in 2003.

Roger called up “America’s Most Wanted” and convinced producers to run her case again and upped the Kansas City-based Crime Stoppers reward to $25,000 — which was then matched by city officials for a $50,000 reward. Then, he started asking around to billboard leasing companies for prices.

One company “figured out it was me, and they said, ‘No charge,’” Roger said.

The billboard, higher reward, and television exposure likely resulted in the barrage of tips that came, including one pointing at a young man named Benjamin Appleby. The man was living in Connecticut where he went by another name: Ted Hoover. The 29-year-old was living under the Hoover alias to avoid prosecution for a 1997 sex offense, according to the Journal-World.

Investigators recalled then that they had spoken with a “Ted Hoover” back at the scene of Ali’s murder years before, although he wasn’t regarded as suspicious at the time. Police questioned him about Ali’s case, but were stonewalled. Then, in a theatrical gesture, they brought Appleby into a room at the local police station where they had photos of Ali hung, and stacks of thick binders designed to look like they held substantial files on him.

He quickly broke down and confessed, according to “In Ice Cold Blood.”

“I strangled her, I guess … I don’t know why I f--king did it,” Appleby says in the recorded interview featured on the episode.

He was working in pool maintenance, and said he intended to check out the facilities to try and get a contract. According to Appleby, he spied Ali in the pump room and wanted to “hit on her.”

Per Appleby’s recollection, he touched her — “not hard,” he said — and when she resisted, he started strangling and punching the 20-year-old woman. Detectives then learned the horrific reason that the antiseptic ointment was out and uncapped: Appleby was attempting to rape Ali once she lost consciousness and needed it for lubrication.

Appleby said he lost his nerve and headed back to his vehicle. On the way, he was spotted by Ali’s friend, and he waved to her before leaving.

Appleby first signaled he intended to plead guilty and spare the Kemp family the pain of a trial, but later backed away from his confession and went to trial. He was found guilty of first-degree murder and attempted rape and sentenced to life with the possibility of parole in 50 years.

When Ali’s family gave their victim impact statement at sentencing, Appleby asked to be removed from the courtroom, according to “In Ice Cold Blood.”

For more on Ali Kemp’s murder and the long road to catching her killer, watch “In Ice Cold Blood,” airing Thursdays at 9/8c on Oxygen.