Sign Up for Free to View
In Ice Cold Blood Bonus: The Life Of Samira Frasch (Season 2, Episode 11) 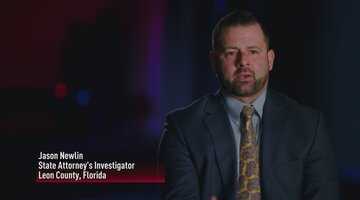 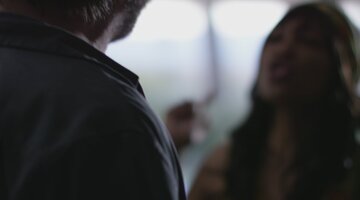 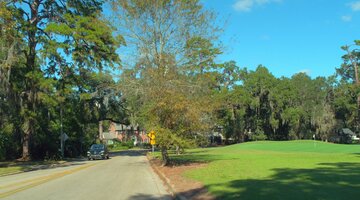 Before she was found dead in her home’s swimming pool, Samira Mbotizafy Frasch’s life was the definition of luxurious.

Originally from Madagascar, Samira was working as a fashion model in Paris when she met her husband, Adam Frasch, a successful American podiatrist, in 2006. Soon afterward, the couple moved to Florida and settled in Adam’s home in a gated community called Golden Eagle.

“She fell in love with him at first sight,” Samira’s friend, Annabelle Dias, told “In Ice Cold Blood,” which airs Mondays at 8/7c on Oxygen. “She really thought that Adam was the man of her dreams.”

The couple married in 2009 and soon had two daughters, Hyrah and Skynaah. Adam reportedly spoiled Samira, lavishing her with first-class airline tickets to exotic locales and bankrolling shopping sprees at high-end retailers.

“The lifestyle Samira lived in Tallahassee when she got back to the States with Adam was extremely flamboyant,” said Jason Newlin, a state’s attorney investigator in Leon County, Florida.

But on February 22, 2014, the couple’s seemingly dreamy lifestyle all came crashing down: Samira was found dead at the bottom of her swimming pool by a handyman working on the property. The autopsy report concluded that Samira died as a result of drowning and blunt force trauma to the head, and her death was ruled a homicide, reported the Pensacola News Journal.

Suspicion initially fell on the handyman, Gerald Gardener, who refused to help Samira out of the pool because he was afraid he would get his DNA on her body.

“It kind makes you go, why? Go help her. Try something. We all would. It was pretty clear he was not an outgoing person, he doesn’t like to open up and talk,” Newlin said.

But despite his quirks, authorities had an inkling that Gardener wasn’t their man. Moreover, he was able to shed light on several of the Fraschs' personal problems that could have been motive for the murder, and suspicion quickly shifted to Adam.

Prior to Samira's slaying, Adam had engaged in multiple extramarital affairs, and the couple was in the process of getting divorced. Samira had been granted temporary custody of the children, who were supposed to be in her care at the time her body was found.

“Adam Frasch was nowhere to be found at the residence. Neither were the children,” Georgia Cappelman, an assistant state’s attorney in Leon County, Florida, told "In Ice Cold Blood."

Authorities tracked down Adam and the children later that day, and according to Newlin, Adam immediately asked if his wife was dead.

“That’s not a good place to start,” said Newlin.

Adam, who had a noticeable scratch under one of his eyes, told investigators at the Panama City police station that he and Samira were in the process of reconciling their tumultuous relationship. He said that the evening before her death, Samira had gotten upset about Adam's affairs and downed two bottles of champagne.

According to Adam, they went to bed around 4 a.m., and he left the house with their children early that morning to give Samira a “mommy’s day off.” The timing and nature of Adam’s departure, however, raised eyebrows.

“It’s a little unusual he would have the kids loaded up, clothing packed and be in the vehicle on the way out of the neighborhood by 8 a.m.,” Cappelman said. “And under the circumstances he was not legally allowed to take the children anywhere.”

Adam was then arrested for interfering with the custody of his children. He later posted bond on the condition that he have no contact with his kids, not possess any weapons, wear a GPS monitor, surrender his U.S. passport and have no contact with the attorneys associated with his wife, reported the Tallahassee Democrat.

While a witness at one point claimed to have seen a woman resembling Samira alive after Adam left their residence on the day of her murder, DNA and toxicology reports later refuted Adam's story. Investigators found Adam's DNA under Samira’s fingernails, and no alcohol was found in Samira's system.

“While lying about [Samira] consuming alcohol certainly doesn’t prove that he’s a murderer, it is suspicious,” Cappelman said.

Prosecutors caught somewhat of a lucky break, however, when it was revealed that Adam was being investigated for “millions and millions of dollars,” Medicare fraud, according to Newlin.

The feds executed a search warrant of his office in Thomasville, Georgia, and found firearms. Authorities were able to revoke Adam’s bond and re-arrest him for violating the terms of his release. With Adam behind bars, investigators continued their murder investigation.

Meanwhile, Adam befriended a career jailhouse snitch named Dale Folsom in Leon County jail and started talking about the case — a lot. At one point, Adam apparently discussed the night of the murder in vivid detail: He reportedly said that Samira had come home and confronted him about some of the other women he had been seeing.

The fight then turned physical, he said, and before he could process what was happening, his wife was unresponsive on the floor. Adam then told Folsom that he placed her in the pool in an attempt to remove his DNA from her body, despite the fact that she wasn’t dead.

“He’s a doctor, so he knew she wasn’t deceased; he knew he should call and get help. But he didn’t do that — he instead chose to finish the job and try to make it look like an accident and try to cover up,” Cappelman said.

Adam was ultimately indicted on a first-degree murder charge in connection with his wife's death, reported the Tallahassee Democrat. He sat in jail for two years before going into the trial.

The prosecution used Adam and Samira’s nasty custody battle over the children and the fact that Samira appeared to have the “upper hand” during the divorce proceedings — sole possession of the marital house, alimony and child support payments coming her way — to paint a vivid picture of Adam’s motivations for killing his wife.

Three years after the murder, on January 26, 2017, Adam Frasch was found guilty of killing of his wife and sentenced to life in prison, according to the Tallahassee Democrat.

Months after the verdict, Adam appeared on NBC’s “Dateline” and maintained his innocence and devotion to his late wife.

“I would never harm my wife, no,” he told Keith Morrison during the October 2017 sit-down. “I loved her more than anything in the world.”

Calling All True Crime Fans
Oxygen Insider is your all-access pass to never-before-seen content, free digital evidence kits, and much more!
Sign Up for Free
All Posts About
Crimes of Passion
Family Crimes
Murders A-Z
Related