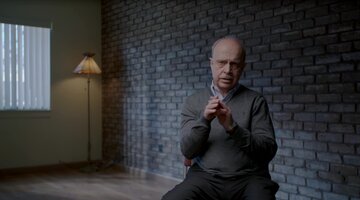 1:12
Exclusive
Suspect in Karina Vetrano Murder Case Was Treated for a Hand Wound 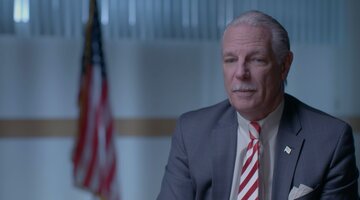 In August 2016, Karina Vetrano was sexually assaulted and murdered while out jogging near her home in Queens, New York. Her killer, Chanel Lewis, was convicted in April 2019, more than four months after Lewis’ first trial ended with a hung jury and in a mistrial.

It has been 18 months since prosecutors secured that conviction — a judgment that followed a months-long manhunt, a judge’s controversial decision to suppress evidence, racial divides, and accusations of jury misconduct.

Cathie Vetrano, the victim’s mother, said she is only now “becoming able to start grieving.” She and her husband, Phil Vetrano, who found the lifeless body of their strangled 30-year-old daughter, discuss the case in frank new interviews with “Injustice with Nancy Grace,” airing Thursdays at 9/8c on Oxygen.

“I will always be devastated,” Cathie told producers. ”And that’s all there is to it [...] I’m an overprotective mother. I just wanted to keep her safe all the time.”

On Aug. 2, 2016, Karina asked her dad to join her for a jog. He’d previously hurt his back and declined, but he expressed concern about her running alone.

But Karina didn’t return on time or answer repeated calls to her cell phone.

“My primal instincts are telling me something is wrong,” he told “Injustice with Nancy Grace.”

So, he called a friend in law enforcement, and they went out to search for her at Spring Creek Park, where his daughter went jogging. Phil discovered Karina, her neck visibly swollen, lying in the weeds.

“I knew by looking at her that she was dead,” he told producers, adding that he “instinctively picked her up.”

DNA evidence under Karina’s fingernails quickly became a focus of the investigation. Detectives compared the genetic material to samples from the Vetrano family, their friends, and hundreds of people who knew Karina, but no one matched.

To encourage a witness to come forward to help, friends suggested that the Vetranos launch a GoFundMe account. It was established on Aug. 9, 2016 to “supplement the $20,000 reward currently offered by the NYPD.”

“We need your help in bringing this vicious animal to face the most severe punishment allowable by law,” it read. The reward quickly climbed to more than $250,000.

During the 2016 investigation, the massive reward helped bring far-reaching attention to Karina’s brutal murder. Calls rolled in to detectives, but in the end, the flurry of tips caused “more problems than it was worth,” Barry Brown, a retired New York Police Department detective on the case, told producers.

Investigators turned to DNA phenotyping, which uses strands of genetic material to create a sort of portrait of an individual. It revealed that the DNA evidence was from an African American male.

A witness later came forward and reported seeing a man leave the park the day Karina was killed. The witness said the man walked toward Brooklyn, but an NYPD sketch artist rendering of the suspect didn’t produce any more viable leads.

As Christmas 2016 approached, the FBI stepped up and created a suspect profile. It clicked with an NYPD lieutenant who, like the Vetranos, lives in the Howard Beach area of Queens. He recalled an incident in which he’d been a man who appeared to be casing homes in the neighborhood. He had called in a 911 report, and the suspicious individual was questioned by police.

The man who was interviewed gave his name and date of birth and, because he wasn’t doing anything illegal, went on his way.

The man’s name: Chanel Lewis. He became the focus of a manhunt, and on Feb. 2, 2017, detectives finally found him at his mother’s home. Lewis agreed to give a DNA sample. Two days later, results came back a solid match. The odds of the DNA material on Karina not being Lewis’ were one in 6.8 trillion.

Phil recalled getting the news about the DNA match from Det. Brown: “Six months to the day Karina was murdered, he was swabbed,” he told producers. “And then two days later, he was arrested. It was a surreal moment. And as I was absorbing it, I had a breakdown.”

In his taped confession to police, Lewis said he got angry at Karina during the encounter in Spring Creek Park. He punched her and dragged her into the weeds, where she was brutally killed.

As detectives dug into Lewis’ background, they found a reported history of emotional issues and online searches into subjects such as forcible rape. In a controversial move, the judge in the trial ruled that Lewis’ supposed history with women and online searches couldn’t be used in court.

“Knowing that a jury wasn’t going to be permitted to hear that was very, very infuriating,” Cathie told producers. “In many ways, I feel that the system does offer a defendant a lot of rights that we as victims don’t have.”

As the Vetranos grappled with that legal roadblock, detectives faced accusations that police “decided to pin it on a Black guy,” Brown told producers, who added that “I’m black. I would never do that to someone’s child.” The accused killer’s mother, Veta Williams, believed that her son was a scapegoat and had been set up.

Inside the courtroom, a long deliberation gave Brown a “bad feeling,” he told producers. The jury was deadlocked, and the judge declared a mistrial.

“There are no words to describe that,” Cathie told “Injustice with Nancy Grace. “It was heartbreaking.”

When Lewis went to trial a second time, his confession and the strength of the DNA evidence were more firmly emphasized.

“I just felt a bit of peace, but I am not whole,” Cathie told producers. “I am broken every single day.”

To learn more about the case, watch "Injustice with Nancy Grace," streaming now on Oxygen.com.

Man Who Stabbed D.C. Jogger To Death Gets 30 Years