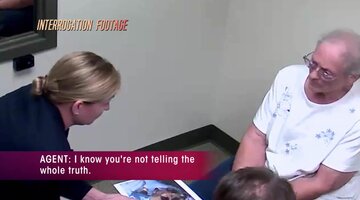 3:57
Preview
An Exclusive First Look at the Case of Alice and Gerald Uden 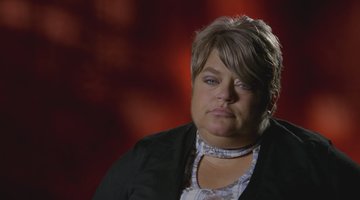 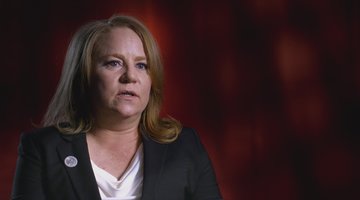 Wyoming is known for its wide open spaces -- and it’s a place where a murder mysteries could also stretch on for decades.

In 1976, Alice Prunty, a 37-year-old woman who’d married three times and had five children, came to Fremont County, Wyoming for a fresh start.  She found one with her neighbor, Gerald Uden, a man who also had been divorced three times who was taken by Alice's self-sufficiency.

Five months after meeting, they married, according to Oxygen series “Killer Couples." They bought a farm in Wyoming and carved out a life together.

In the summer of 1980, Gerald’s ex-wife Virginia Uden, and her sons from another marriage, Richard, 11, and Reagan, 10, who Gerald had adopted, moved to the same rural area. Their time there would be brief, however.

On September 13, 1980, Virginia and the boys were reported missing to the Fremont County Sheriff’s Department by her mother, Claire Martin. The three were supposed to go bird hunting with Gerald, who said they never showed up for their meeting.

The car Virginia was driving, Claire’s station wagon, was found, but the mom and boys were nowhere in sight. The mystery deepened when investigators found bullet shells and blood in the car.

Claire was convinced that Gerald had killed his ex-wife and sons, investigators told producers. The motive? Tension over child-support payments was suspected. Like Gerald, Alice deeply resented what she considered Virginia’s money grabs, according to officials.

On November 14, 1980, Gerald and Alice were questioned about the disappearances. Alice was emotionally overwhelmed, while Gerald became physically sick from his ex-mother-in-law’s accusations and terminated the interview.

Investigators said that Gerald’s response raised red flags. Moreover, Gerald also cryptically asserted that without bodies no crime could be proven, officials said. Despite their suspicions, investigators were unable to find any evidence linking Gerald or Alice to the trio’s disappearances.

Years passed without any leads. In 1982, dogged by police pressure and community suspicion, Gerald and Alice uprooted. They sold their farm and moved 1,100 miles to Chadwick, Missouri. Another dozen years went by and nothing new materialized in the missing-persons case.

But in 1994, Alice’s son, Todd Scott, dropped a bombshell on authorities. He said that his mother confessed to being involved in a murder -- but not the deaths of Virginia and the boys. She’d said she killed her husband, Ronald Holtz, a volatile Vietnam War vet prone to violence.

Their romance had begun in a psychiatric hospital and their marriage was tumultuous from the get-go. She filed for divorce in 1974 and he reportedly left, never to be seen again. Alice’s son said that his mother told him she shot Ronald in the back of the head. She’d then stashed the body in a barrel and dumped it down an abandoned mine shaft.

Investigators dug deep to verify the chilling story, and they also considered the possibility that Alice could have harmed Virginia and her sons. The search for the remains in the shaft hit a brick wall, though, and the case went cold for yet another 11 years.

Early in 2005, the Wyoming Division of Criminal Investigation reopened the case. On January 18, a task force made a surprise visit to Alice’s home in Missouri. Gerald had become a trucker and was on the road for long stretches.

Alice’s interview was cordial until she was confronted by the name Ronald Holtz. At that point, investigators told “Killer Couples,” Alice fell out of her chair, half-fainting.

Alice told officials that the so-called confession she’d told her son about Holtz was just “a cautionary tale.” In fact, she claimed, she’d “kicked him to the curb … and moved on.” Without evidence to press on, investigators ended the interview.

Following an interview with Alice’s daughter, Erica Hayes, investigators returned to the Udens' farm in Wyoming to search for evidence. It was yet another line of investigation that led to nowhere. The case stood at a standstill.

On April 4, 2013, Claire Martin died at age 92, strengthening investigators’ resolve to get justice -- and a few months later, authorities got a break. A barrel with a human skeleton was recovered from the shaft Alice’s son had spoken about. The back of the skull had a bullet hole. The discovery matched the story that Alice had told about getting rid of Holtz’s body. The remains were confirmed to be Holtz’s based on DNA evidence.

Alice Uden was arrested on September 26, 2013. The 74-year-old denied any guilt but when investigators pressed her and showed her the pile of incriminating evidence that they had, she came clean. She claimed she killed Holtz because he was threatening little Erica.

When pressed for information on Virginia and the boys, Alice said she knew nothing about their disappearance. Alice was charged with first-degree murder for Holtz’s death.

The case took another twist when Gerald told investigators that he wanted to talk with them. He said he didn’t understand why they arrested Alice, officials told producers. He apparently believed she’d been arrested for the murder of his ex-wife and her sons.

Gerald then went on to give an emotionless, blow-by-blow of how he shot and killed Virginia, Richard, and Reagan. The reason: He didn’t want to pay child support of $150 a month. He put their bodies in barrels and submerged them in Fremont Lake. He discarded the gun and unsuccessfully tried to get Claire’s car to go over a cliff.

“I didn’t get any pleasure out of doing it, none,” he told authorities in a recording obtained by “Killer Couples.” “But it did stop the child support.” Some 33 years after the disappearances, Gerald was charged with three counts of first-degree murder.

Alice’s trial for the 1974 murder Ronald Holtz got underway in May 2014. Based on testimony by her son, Todd Scott, prosecutors tried to establish that Holtz was lying in bed sleeping when he was shot in the back of the head. The defense team countered and said that Alice was acting in self-defense to protect her child.

Alice Uden was convicted of second-degree murder. They jury was convinced Alice committed murder but not that it was premeditated. She was sentenced to life in prison and died five years later behind bars.

Two days after she died, Gerald recanted his confession and put the guilt on Alice. In September 2019, the court rejected his attempt to withdraw his guilty plea.

To learn more about the case, watch  “Killer Couples" on Oxygen, or steam episodes here.