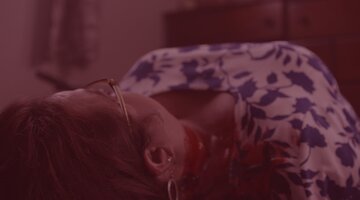 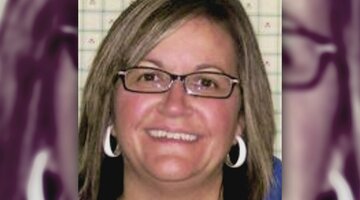 2:28
Preview
Who Was Rhonda Oakley? 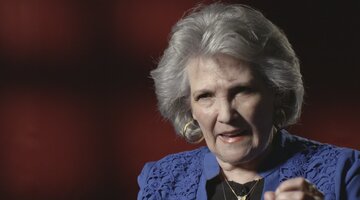 Around Danville, Kentucky, Rhonda Oakley was known for her kind and vivacious personality. A single mother of four, Rhonda was an empty nester when she met her second husband, Phillip Oakley, at a local golf course.

The two soon wed, and Rhonda became a stepmother to Phillip’s children from a previous marriage, 15-year-old Jenna Oakley and 13-year-old David Oakley. While Jenna and David lived with their mother in Indiana, by April 2016, they both made the move to Kentucky, and Rhonda welcomed them into her home with open arms.

That fall, however, the family was torn apart by a shocking and horrific tragedy.

Around 4 p.m. on the afternoon of Sept. 1, 2016, David was dropped off at home by the school bus, and when he walked into the kitchen, he heard the family’s three dachshunds barking downstairs. David went to the basement to see what was causing the commotion, and he discovered Rhonda lying on the ground motionless.

He rushed to their neighbor’s house to call 911, and first responders arrived at the scene to find the 52-year-old dead with several lacerations around her neck. Searching the home, authorities found a trash can filled with vomit, and upstairs in the kitchen, a knife was missing from its block.

There was no evidence of a break-in or robbery, but Rhonda’s car, a white 2014 Honda Civic, was missing from the driveway.

And that wasn’t the only thing that had disappeared — Phillip told investigators that his daughter, Jenna, was also nowhere to be found.

Earlier that day, Jenna’s school had called Phillip to tell him that she had missed attendance, and he said he assumed that she had stayed home sick. Now, he — and investigators — worried her disappearance might be connected to the murder.

When asked if he knew of anyone who had reason to harm his family, Phillip shared his belief that the person responsible was 20-year-old Kenneth Nigh, whom Jenna had met while living with her mother in Indiana.

“Jenna Oakley started the relationship with Kenneth Nigh several years prior to this, maybe as early as 11 or 12 [years old], and that’s a huge age gap,” Kentucky Commonwealth Attorney Richie Bottoms told “Killer Couples,” airing Thursdays at 8/7c on Oxygen.

When Phillip and Rhonda found out about the relationship, they told her to break things off with Nigh, and they took away her cell phone to limit communication between the young couple. Phillip even called Nigh and threatened to involve the police if he continued dating his daughter.

“What had happened between her and [Nigh] was not right. He shouldn’t have done that. That’s illegal,” Phillip told producers.

Nigh promised to break off contact, and Jenna agreed to obey her father and stepmother’s rules and stop seeing Nigh.

After finding Rhonda dead and his daughter missing, however, Phillip feared that Nigh had never intended on ending the relationship.

Authorities learned that the day before the murder, Nigh flew into Lexington, Kentucky, about 40 miles from the Oakley residence, around 3 p.m., and taxi records revealed he was then dropped off outside their home.

A tip also came in from a store manager in Danville who said that he spotted Jenna after the murder, and surveillance footage captured her and Nigh entering the store as well as walking to their car, a white sedan matching the description of Rhonda’s vehicle.

In the footage, Jenna did not look injured or distressed, leading investigators to theorize she was not an abduction victim and that she was possibly involved in her stepmother’s murder. Authorities also searched Jenna’s room and found her journal, which proved her infatuation with Nigh had never wavered.

In one disturbing entry, she wrote that her family would not be able to stop them from being together because they would “be dead soon thankfully.” Jenna had even written out a timeline for killing not only Rhonda, but also her father and brother.

After family provided investigators with Nigh’s cell phone number, they were able to ping the device’s location and ultimately tracked the couple to Tucumcari, New Mexico. Local authorities spotted a white sedan in a motel parking lot, and when they approached the car, they found Jenna and Nigh sleeping inside.

The two were immediately handcuffed and placed in separated vehicles. Hoping to find the murder weapon, authorities searched the Civic, but they found no evidence from the murder.

Jenna Oakley and Kenneth Nigh

While waiting to be extradited from a New Mexico detention center, Nigh hung himself, and he was rushed to the hospital for treatment, where he remained in critical condition. Inside his cell, authorities discovered a suicide note, in which Nigh took full responsibility for the murder and attempted to exonerate Jenna of any involvement.

Holding back news of Nigh’s suicide attempt, investigators extradited Jenna to Kentucky, and she confessed to her stepmother’s murder. She said that on the night before Rhonda’s death, Nigh secretly spent the night in her room, and the following day, she skipped school.

They spent the entire afternoon hanging out in the basement, and around 3 p.m., Rhonda came home and made her way downstairs. Nigh hid in the bedroom while Jenna and her stepmother got into an argument, which soon turned physical.

Jenna tried to choke Rhonda, and that is when Nigh came out of the room and put Rhonda in chokehold, causing her to pass out. They then dragged her into the bedroom, and Jenna picked up a knife from the kitchen, stabbing Rhonda multiple times in the neck.

After the slaying, Nigh became physically sick and threw up in the garbage can, confirming what investigators had found at the crime scene. Jenna confessed to disposing of the murder weapon while they were on the road, dumping it in a trash bag at a fast food chain restaurant.

The 15-year-old was charged with first-degree murder, and after six weeks on life support, Nigh succumbed to his injuries. When Jenna finally learned of his death at a pre-trial hearing, she broke out in tears and began screaming.

The defense reached a plea deal, and for first-degree manslaughter, Jenna was given a 10-year sentence with an additional five years for the theft of Rhonda’s car. She will be eligible for parole in 2034.

To learn more about the case, watch “Killer Couples” on Oxygen.com.