Sign Up for Free to View
The McStay Family Goes Missing 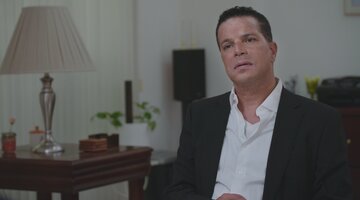 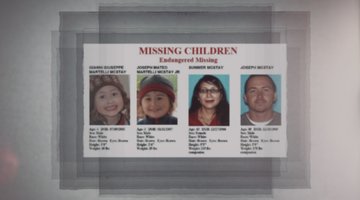 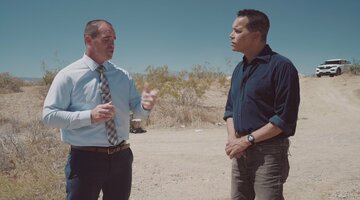 2:24
Exclusive
What Happened To The McStay Family?

Joseph McStay and his wife, Summer, and their 4- and 3-year sons, Gianni and Joseph Jr., were a fun-loving, happy family who’d recently settled into a comfortable life in Fallbrook, California. Situated in northern San Diego County, the community is known as “The Friendly Village.” Sadly, disaster would soon strike the tranquil town.

February 4, 2010 began typically enough for the busy family. Joseph, 40, whose business specialized in decorative indoor fountains, spoke with his father, Patrick, and told him he was in a hurry to get to a lunch meeting. Meanwhile, Summer, 43, who was busy doing home spruce-ups, spoke with her sister who’d recently had a baby.

It was an ordinary day until 5:47PM. After that, no one heard from them again. All credit card activity stopped. The family vanished.

“It was like they went, 'Poof,’” Joseph’s mother, Susan Blake, told “Killer Motive,” hosted by Emmy Award-winning journalist Troy Roberts and airing Saturdays at 6/5c on Oxygen. “You don’t know what to think.”

Concerned, Joseph’s younger brother, Michael, went to the house and crawled in through a window on February 13. He found no sign of Michael and his family, but their dogs had been left unattended and there was food rotting in the kitchen. Summer’s prescription sunglasses were also in the house, just one sign making the possibility the McStays took a trip unlikely.

Four days later, investigators executed a search warrant at the residence and found no signs of forced entry or violence. “They didn’t find any blood in the house at all,” journalist JD Crighton told “Killer Motive.”

Because there was no evidence of a crime, getting a search warrant to access financial records wasn’t possible.

Detectives reconstructed the family’s coming and goings through interviews and searches of phone records and a neighbor’s surveillance camera footage. Officials learned that the person to last have contact with Joseph that day was business associate Charles “Chase” Merritt.

“I talked to him at least twice on his way home …” Merritt is heard telling investigators in audiotape obtained by "Killer Motive." “He may have been stopping to get food, I don’t remember. But he was going home.”

Investigators focused on the McStay family’s white 1996 Isuzu Trooper. On February 8, the vehicle had been located and towed from a parking lot in San Ysidro, just north of the Mexico border. The car was inspected for DNA evidence.

Because of the car's location, it was suggested the family went to Mexico. The theory gained support from border surveillance footage showing a group of people who could have been the McStays walking into Mexico the day they disappeared. The premise gained more heft when a look through Summer’s computer turned up searches about Mexico and Spanish tutorials.

Blake, however, viewed the video and was convinced the four people in it were not her loved ones. She knew her son head to toe. “That isn’t his walk,” she insisted to producers.

On February 23, the International Criminal Police Organization (Interpol) got a heads up to keep eyes peeled for the family south of the border. Various supposed sightings and leads turned out to be dead ends.

Patrick McStay, meanwhile, meticulously combed through his son’s and daughter-in-law’s emails for clues. From his searches, Summer’s ex-boyfriend and Dan Kavanaugh, Joseph’s business partner, briefly became persons of interest. Both men were cleared as suspects, though.

In April 2010, the case was turned over to the FBI, but no answers emerged for more than three years.

In the fall of 2013, an off-road motorcyclist found parts of a skull in the desert in Victorville, California, about 100 miles from Fallbrook. There were two shallow graves. Each burial site contained remains of an adult and a child.

Since so much time had passed, there was no useful DNA, but dental records were used to confirm the remains as those of the McStays, the San Bernardino Sheriff’s Department announced at a news conference. A three-pound sledgehammer was also found at the site. The cause of death for all four victims was determined to be blunt force trauma.

“It gives us courage to know that they’re together and they’re in a better place,” said Mike McStay, who attended the conference and spoke for his family, in video footage obtained by "Killer Motive." “It’s been a tough road.”

The San Bernardino County Sheriff’s Department took over the case, which went from missing persons to homicide.

Investigators focused attention again on the McStays' Isuzu Trooper. This time, a search revealed DNA was found on the steering column and gear shift — and it belonged to Charles Merritt, Joseph’s business associate.

Detectives reviewed transcripts of interviews with Merritt. He had passed a lie detector test when questioned in February 2010 about the case, but upon review, his words sent up a red flag. He used the past tense, saying, Joseph “was my best friend,” years before the bodies would be found.

But why would Merritt, who had served time for burglary and receiving stolen property, slaughter an entire family? Investigators found Merritt was in dire financial straits due to a gambling problem and owed Joseph more than $42,000 because of botched work in 2009. Although McStay had been lenient with Merritt in the past, investigators believed that he’d finally reached his limit.

“What we have here is a man with a huge gambling problem and that problem dictated his life,” Melissa Rodriguez, of the San Bernardino County District Attorney’s Office, told producers. She added Merritt “had burned everybody he had come into contact with.”

As investigators dug into the case, more evidence mounted against Merritt. He allegedly forged checks from Joseph’s account and his cell phone records from the time of the disappearance placed him near the site where the family’s remains were found.

Investigators theorized that he killed the family and drove them to the Mojave Desert, where he buried them. They believe he also drove the family’s vehicle to San Ysidro and abandoned it there to throw detectives off and that it was him who carried out the Mexico-related searches on Summer’s computer.

On November 5, 2014, Merritt was arrested for the four murders. His trial, which lasted 50 days, began in January 2019. He was found guilty of murdering the McStay family.

At the penalty phase, Blake addressed Merritt and called him a “despicable, evil monster.”

Merritt, 62, was sentenced to life in prison for murdering Joseph McStay, 40. He was given the death penalty for killing Summer, Gianni, and Joseph Jr.

To learn more about the case, watch Season 2 of “Killer Motive,” airing Saturday at 6/5c on Oxygen.