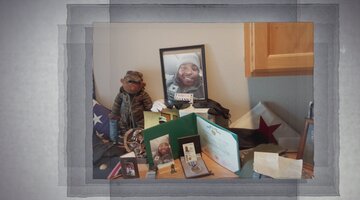 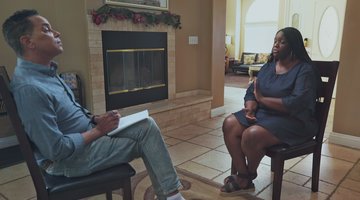 1:18
Exclusive
Daniel Yarbrough’s Family Describes Him As A ‘Fighter’

Army Specialist Daniel Yarbrough, 31, parked his car outside a friend’s home in Apple Valley, California on September 29, 2014. He had arrived for a night of Bible study.

But at approximately 9:40 p.m., Yarbrough was shot dead. Deputies found him in the driver’s seat of his white Volkswagen Jetta. The weapon used in the slaying was later determined to be a 20-gauge shotgun.

Yarbrough, who’d been serving with the National Guard for three years at Fort Irwin in Barstow, had been standing outside the car when he was shot from no more than 10 or 15 feet away, investigators told “Killer Motive,” airing Saturdays at 6/5c on Oxygen.

Yarbrough fell to the pavement and crawled into the vehicle and died. He was identified at the scene by a fellow Fort Irwin soldier, Wesley Swank, who’d invited Yarbrough to the study gathering.

“An American soldier was gunned down on the street,” San Bernardino County Sheriff’s Dept. Det. Troy Mooradian told “Killer Motive” host Troy Roberts. “We had to solve this.”

Investigators questioned friends at the study session, canvassed the neighborhood for witnesses, and spoke to Yarbrough’s close circle for possible leads about who could have committed the crime.

They soon learned that the home Yarbrough shared with roommate Ruben Vegas had been broken into and trashed. Vegas told producers that the men filed a police report but believed the crime to be gang-related and set out to resolve the situation themselves.

Shortly after the home invasion, Yarbrough narrowly missed getting wounded in a drive-by shooting. Yarbrough told friends that he’d had the unnerving sensation that he’d been shot at while he was in his car.

In light of these recent past events, investigators considered the possibility of gang-related ties to Yarbrough’s murder, but this line of investigation failed to get traction.

Then, the case took an unexpected detour when Swank contacted detectives to inform them that something slipped his mind when he spoke with officials immediately after the shooting. Swank had forgotten to tell them that Yarbrough had recently made him the beneficiary of his $250,000 life insurance policy — which raised a red flag for investigators.

Swank agreed to a polygraph test, and the results came back inconclusive. However, the test administrator felt more inclined to believe that Swank was telling the truth. Swank’s story gained some credibility after investigators spoke to more of Yarbrough’s friends who said Yarbrough had broached them about the topic of his life insurance. One buddy said that Yarbrough should choose a family member as his beneficiary.

After two months without progress, the investigation was on the verge of going cold. But another unexpected twist occurred when Yarbrough’s aunt received a copy of the document used to change the beneficiary from the murdered Guardsman’s sister, Feticha Oliphant, to Wesley Swank. The signature appeared to be a forgery.

Mooradian told “Killer Motive” that while Swank was now a suspect, investigators wanted to build a stronger case before making an arrest. In January 2015, a seemingly unrelated local residential fire helped crack the case wide open.

The blaze consumed the home of a notorious family whose name and legacy had become synonymous with physical and sexual abuse and unsettling behavior. The patriarch was Richard J. Swank, who’s serving a life sentence in prison. Wesley Swank is one of his 16 children.

Melissa Anderson was another one of the 16 kids. She’d “clawed her way out of hell,” as the San Antonio Express-News wrote in a profile story in 2011, by joining the Army and eventually becoming a lawyer. When Anderson had spoken to one of her sisters about the fire, her sibling wondered aloud if the fire had anything to do “with Yarbrough.”

Anderson didn’t what that meant, but she searched the internet and found stories about Yarbrough’s murder. The homicide happened outside the home of Thomas Bradshaw, Anderson’s brother-in-law.

Anderson reached out to Det. Mooradian, whose name and contact information was in the story. When she said she suspected Swank had something to do with the murder, the investigator said he agreed with her, according to “Killer Motive.”

The detective asked Anderson if she would come to speak with Swank and wear a wire to record her conversations. She agreed. “It was scary but I wasn’t conflicted about it,” she told Roberts. “I wore it in my bra.”

Mounting evidence pointed to Swank’s involvement, including a deleted text message from the night of Yarbrough’s murder. It instructed the victim to park in front of mailboxes, exactly where the shooting occurred.

In January 2015, Wesley Swank was arrested and taken into custody. During an extensive interrogation he said his younger brother Logan was the trigger man. Logan Swank was arrested in San Antonio, Texas. Bradshaw, their brother-in-law, was charged with acting as the driver in the murder.

In exchange for his testimony, Bradshaw pleaded no contest to a minor charge of "permitting another to shoot from a vehicle.” He was sentenced to 1,094 days in prison and served half of that time.

In separate trials in 2015 and 2016, respectively, Logan Swank, then 21, and Wesley Swank, who was 29 at the time and regarded as the mastermind of the crime, were convicted of murder and sentenced to life in prison with no possibility of parole.

Oliphant, whose emotional meeting with Anderson is seen in “Killer Motive,” has grappled with her brother’s violent murder — and the horrifying reason he was killed.

To learn more about the case, watch “Killer Motive,” airing Saturdays at 7/6c on Oxygen, or stream episodes on Oxygen.com.