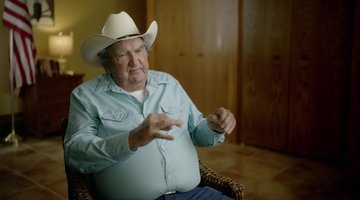 4:45
Preview
An Exclusive First Look At The Case of Joseph And Shannon Agofsky 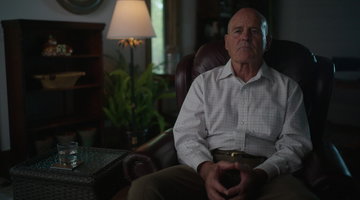 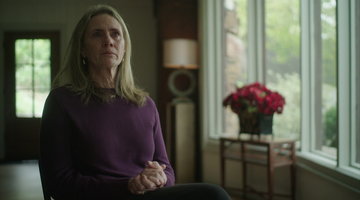 On October 6, 1989, a robbery at the State Bank of Noel became big news for the small Missouri town. More than $70,000 was missing, but there was no sign of a break-in. Alarms weren’t set off.

FBI agents called to the scene were struck by the fact the thieves fired gunshots into a surveillance camera — an act of overkill, officials said — and that the robbers took several sacks of coins, an unusual move in heists.

Investigators suspected the perpetrators weren’t seasoned criminals but “amateurs,” they told “Killer Siblings,” airing Saturday at 6/5c on Oxygen. Otherwise, detectives had little to go on in terms of evidence at the scene.

In the early morning hours of October 6, Short’s neighbor reported seeing him being abducted by two individuals and forced into their two-tone brown van. The safety of the 51-year-old bank executive became officials’ “greatest concern,” they told producers.

After canvassing the area and its back roads, authorities located Short’s own abandoned truck. There were coins in the bed of the truck, but otherwise no clues to the missing man’s whereabouts.

Then on October 11, 1989, a couple fishing on Grand Lake, Oklahoma, located about 20 miles from Noel, reported finding a man’s body floating in the water. The discovery was made not far from the Cowskin Bridge. FBI agents hustled to the scene.

The male victim was still bound by duct tape to a chair weighted with a concrete block and chain hoist used to lift and lower heavy loads. Officials found a driver’s license belonging to Dan Short inside the victim’s clothing.

The apparatus used to submerge Short’s body was flown to the FBI’s forensic lab in Washington, DC. But five days after the robbery and abduction of Short, authorities “were still at square one,” F. Ladell Farley, FBI lead investigator, told producers.

Helping to advance the case was a tip by a witness who stated that she saw two men throwing something off the Cowskin Bridge. Parked at the scene, she told officials, was a two-colored brown van. Her description of the vehicle matched the van seen at Short’s home.

Another tip led investigators to Noel native Joe Agofsky, 23, and his brother, Shannon, 18. Witnesses stated that the siblings had been bragging about being well-off and stealing a large amount of coins.

FBI agents interviewed the Agofskys, who each had an alibi. At the time of the crime, Joe said he was with his girlfriend about 40 miles away in Joplin, Missouri. Shannon said he was with their mother. The brothers were allowed to walk free because there was nothing that linked either of them to the crimes.

That changed, though, thanks to a discovery made on the banks of Grand Lake by a man who was out fishing. He stumbled upon a piece of duct tape with fingerprints visible to the naked eye. FBI agents sent the tape to the lab in Washington, D.C., with their hopes high.

Farley recalled to producers he said to FBI special agent Jim Edwards that the duct tape evidence was “too good to be true.”

When the report came back from DC, the FBI confirmed the piece of tape matched the tape binding Short to the chair.

“That was a significant development,” Edwards told producers.

But the prints didn’t match any of the ones contained in the FBI database at the time. Investigators reasoned that the suspects didn’t have felony records, which reinforced their early observations about the bank robbery being the work of amateurs.

As the investigation continued and information about the crime made its way into the public, the chain hoist used in the crime became pivotal. A man came forward who said that the hoist belonged to him and that he’d left it behind in a rental home. That residence belonged to the Agofskys.

Agents scrutinized the brothers’ alibis. Combing through Joe’s phone records, agents found that the elder brother had lied about his whereabouts on the date of the crimes.

Digging into the siblings’ background, investigators found that the boys had grown up well-off. After their father’s death in a plane crash in 1980, money was a greater concern. A family friend told producers that they got involved in running guns to make cash. Joe was the instigator, according to the friend, but Shannon was happy to participate.

Following the Noel bank heist, investigators learned that the Agofsky brothers had been on a freewheeling spending spree. Where did the windfall come from? Officials’ suspicions deepened as the monetary motive for the crimes came into sharp focus.

“Bank robbers don’t take money to hide it and put in a fruit jar,” Farley told producers. “They take it to spend it.”

Investigators needed the Agofsky brothers’ fingerprints to make their case. Joe obliged, while Shannon declined. The elder brother’s prints were a close match to the ones on the strip of duct take recovered — but not a complete match.

In March 1990, authorities confirmed that the fingerprints on the duct tape were those of Shannon Agofsky. The fingerprints were “the smoking gun,” officials said.

The brothers were indicted and tried in Missouri in the fall of 1992, nearly three years after the kidnapping, robbery, and murder.

After a seven-day federal trial, Joe Agofsky, 26, and Shannon Agofsky, 21, were found guilty of conspiracy, aggravated bank robbery, and use of a firearm while committing a felony. They were sentenced to life in prison plus five years.

In 1997, after a number of delays, the brothers were tried in a state court in Oklahoma for Dan Short’s murder. Shannon Agofsky was convicted, but the jury couldn’t reach a verdict for Joe Agofsky, reported the Joplin Globe.

Shannon Agofsky was given the death sentence in 2004 for killing another inmate at a federal prison in Beaumont, Texas. He is on death row at a prison in Terre Haute, Indiana. Joe Agofsky died March 5, 2013, according to the Joplin Globe.

Jim Jackson, news anchor for KSNF-TV, told producers that the Agofsky brothers are responsible for the “the most heinous crime” he’s ever reported.

When he hears their name, he said, “I think of cold-blooded killers.”

To learn more about the case, watch “Killer Siblings” airing Saturday at 6/5c on Oxygen, or stream episodes on Oxygen.com.