5:21
Preview
An Exclusive First Look At the Luna Brothers Case 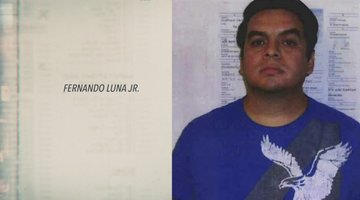 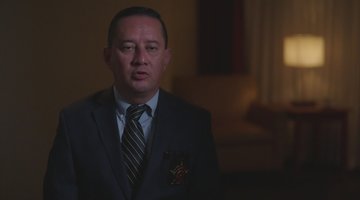 A man’s body, nude and decapitated, was found by fishermen on March 16, 2015 floating off South Padre Island in Texas.

Authorities briefly considered the possibility that a horrible spring break boating accident could have been involved. But a day after the gruesome discovery, local news outlets reported that the “death is being treated as a homicide.”

“I’ve never seen a body this mangled in my career,” an investigator told “Killer Siblings,” airing Saturdays at 6/5c on Oxygen.

Detectives relied on Automated Fingerprint Identity System (AFIS) technology to determine that the victim was 33-year-old Franky Palacios Paz, who worked in a tire shop a county away in Edinburg, Texas.

It turned out that Palacios, which was how he was typically known, had been reported missing on March 12 by his common-law wife, Martha Sanchez. She’d dropped him off at work on the afternoon of March 10, six days before he was found dead. Palacios was known to sleep at the shop, which offered one explanation why she didn’t report him missing sooner.

However, authorities learned the couple had a history of domestic violence run-ins. And when Sanchez heard about Palacios' death from investigators, she became hysterical.

Something about her reaction struck Cameron County Sheriff’s Office Lieutenant Luis Aguilar as artificial. For all her distress, she shed “no tears,” he told producers, adding that it appeared she was “acting.”

Still, she was eventually cleared from the list of suspects.

Detectives turned their investigation to Veteran’s Tire shop, where Palacios worked for Fernando Luna, 34, and his brother Eduardo, 25. Neither brother had seen Palacios since the afternoon of March 10, they said.

Investigators believed they might find a clue by reviewing footage from the shop’s surveillance system, which immediately struck investigators as a high-tech set-up for a tire business. Then another red flag unfurled: March 10 footage had been completely erased, while every other day was intact. The Lunas claimed the system malfunctioned then, the same day Palacios was last seen, but it seemed suspicious.

Investigators turned to Palacios’ phone records. They showed that all communications abruptly stopped around 4:30 p.m. on March 10. Authorities suspected something had to have happened at the tire shop.

Officials asked to review the Lunas’ phones and phone records and got their OK — and more red flags arose. On one was a picture of a pistol whose embellishments name-checked the Gulf Cartel, one of the oldest drug trafficking and crime organizations in Mexico. Plus, deep analysis of calls on March 10 revealed the Lunas' phones were pinging off towers near South Padre Island.

Deleted texts, which the Luna brothers were unaware investigators could restore and read, provided more clues about the case. In a series of text messages Sanchez claimed Palacios might expose the brothers’ illicit drug trafficking enterprise run from the tire shop.

The Lunas’ exposure to criminal activity, authorities learned, stretched back to their childhoods in Reynosa, Mexico, a border town known as an epicenter of drug operations and related turf wars.

Eduardo became deeply involved in the drug cartel, while Fernando channeled his energy into business and bought the tire store. The middle brother, Joel, 30, moved when he was 12 to Texas to live with a relative. He became an Army veteran and then a U.S. Border Patrol agent while living in San Juan, Texas. Despite different paths, the brothers were said to always have each others’ backs, according to “Killer Siblings.”

So, on April 19, 2015, investigators returned with a warrant to search the tire shop. Luminol revealed a significant amount of blood had been cleaned off an office wall, and the spatter pattern suggested that someone had been shot. Lab analysis showed it was Palacios’ blood.

Detectives theorized the shop was where Palacios was killed, although they were uncertain if the victim had been beheaded there.

On June 24, authorities secured arrest warrants for Fernando and Eduardo Luna. Eduardo was arrested at the tire shop. Fernando, however, was detained at the international border while riding in a car crossing from Mexico into Texas. The driver of the vehicle: his brother Joel.

The possibility that a Border Patrol officer could be a party to criminal activity sent shockwaves through the organization. How was he involved? His brothers weren’t telling. On June 25, 2015, Fernando and Eduardo were interrogated at the Cameron County Sheriff’s Department and refused to talk without a lawyer.

However, Joel's role in the crime became clearer after a search of his home in San Juan, Texas, where authorities found a locked safe.

Authorities told “Killer Siblings” Joel was calm and cooperative during the search. He claimed he didn’t know anything about the safe found in his house, but records refuted that and showed he purchased it.

Inside the safe, authorities found $89,000 in cash, a kilo of cocaine and other drugs, a gun (the same pistol seen in a picture on a Luna cell phone), and Joel's Border Patrol badge.

All three brothers were charged with the murder of Franky Palacios.

It was a complicated case. The body was found in one Texas county, but the murder took place in another county. The involvement of a U.S. Border Patrol officer added to the complexity and intrigue.

Then, 17 months after the crime was committed, there was an unexpected twist. Fernando flipped on his siblings.

“The brother of a U.S. Border Patrol agent charged with capital murder in a gruesome beheading that authorities say was a Mexican cartel hit struck a surprise deal … to cooperate with prosecutors in their case against his siblings,” wrote Root wrote in an August 25, 2016 story in The Texas Tribune.

Fernando spilled all about what went down. He said after getting the texts about the likelihood of Palacios snitching on them, Eduardo shot him in the head as he watched TV at the tire shop. He rolled him up in a blanket and dumped the victim off South Padre Island.

Dina Arevalo, a journalist with Port Isabel South Padre Press, told producers that the Lunas are an indelible example of how a “sense of family can get warped.”

To learn more about the case, watch “Killer Siblings” airing Saturdays at 6/5c on Oxygen, or steam episodes on Oxygen.com.