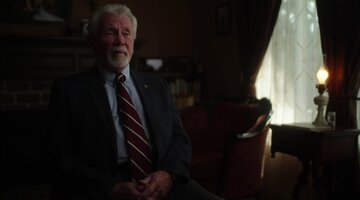 1:53
Exclusive
The Suspect Wore No Shoes 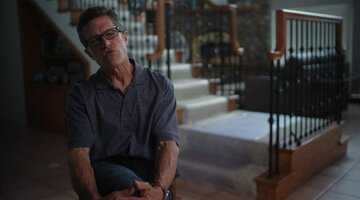 1:17
Exclusive
Paramedics Find the Bodies of Gerald and Vera Woodman

Yom Kippur is the holiest day of the year for Jews, held sacred for the purpose of repentance and atonement and marked by 24 hours of fasting. But mere hours after the holiday ended in 1985 — as two brothers were breaking their fast together — they were simultaneously committing a whole new set of sins.

At 10:30 p.m. on Sept. 25, 1985 — just hours after sunset and the end of the holiday — the Los Angeles Police Department responded to a 911 call about shots fired in a subterranean condominium garage in the tony neighborhood of Brentwood. When they arrived, they found Gerald Woodman, 67, slumped over the steering wheel of his parked Mercedes Benz with two bullet wounds to the chest. His wife, Vera Woodman, 63, had been shot three times and lay just next to the vehicle.

Both were pronounced dead at the scene. Neither were missing any valuables: Gerald still had his wallet, and Vera's jewelry was still on her body. The only sign that anything was amiss at the complex — besides the violent murders of a senior citizen and his wife in the garage — was a chain holding a security gate closed had been cut and re-wrapped to hide the disturbance.

The man who called 911, a 20-year-old neighbor from down the street, had heard two gunshots, a pause, and then three more. Looking out from his balcony, he then saw a man, dressed in all black "like a ninja," running away from the scene, and then heard him talking to another man.

Police got to work trying to determine who would have reason to kill the couple. They learned from family there had been a feud that pitted the eldest and middle brothers, Neil and Stewart Woodman, against their father, with various other family members lining up on one side or the other.

The cause of the rift was the family plastics business, which Gerald had started after immigrating to America in the 1940s. The business had made the Woodman patriarch quite wealthy but, by the early '80s, competition in the industry had made the business less valuable — and Neil and Stewart, who were working for him by then, had decided their father had to go. At the time of his death, they had pushed him out of his own company entirely, which caused endless fights.

Investigators knew they needed to talk to the two brothers, so they called the company. Their secretary made an appointment for them ... two days later. FBI Agent Jack Salisbury found their lack of interest in the investigation concerning.

"It’s a little strange when your parents are murdered and you’re not reaching out," Salisbury told "Killer Siblings." "Antennas went up right away."

By the time the appointment rolled around, police had learned one more thing about Vera Woodman: The company, now run by the brothers, carried a $500,000 life insurance police on her.

When investigators finally spoke with Neil and Stewart, the two claimed they were at a Yom Kippur break fast together with their wives at the time of their parents' murders, that the company's financial position had improved since they'd ousted their father, and that they had simply maintained the life insurance policy on their mother after their father's departure.

Neil had hired the two men as security for a bar mitzvah in July 1985, where they found themselves reporting to another former LAPD officer, Steve Homick, and his brother, Robert Homick. Security's major task? To prevent Gerald and Vera Woodman from entering the event, despite being the celebrant's grandparents.

One of the two guys asked Steve what they were supposed to do to a couple of elderly people who showed up for a kid's party.

“Steven Homick told him directly: ‘If they show up, we just wipe them out,’” Salisbury explained to producers, with Crotsley adding, “This is kind of strong language from someone who’s working security at a bar mitzvah."

Looking into Steve, the LAPD investigators discovered he was under investigation by the FBI in Las Vegas for drug trafficking.

“They became the number one and number two suspects in the case” Crotsley said of the Homick brothers.

Steve Homick, it turns out, had washed out of the LAPD about two decades before: In 1964 — four months after finishing the year-long academy — he was let go for being too violent towards suspects. (The LAPD of the 1950s and '60s was notoriously corrupt and violent; it's unclear what actions precipitated the end of his police career.) He eventually moved to Las Vegas and began working as a card dealer, after which he also became a casino enforcer and eventually a cocaine dealer.

Steve put his brother Robert through UCLA Law, but Robert never became a lawyer; instead, he simply helped his brother — who, among other things, was charged in Vegas with fraud, check cashing, and aggravated assault.

Surveillance photos from a casino placed Steve and Robert there with Neil and Stewart at various points. Further investigation revealed that since Robert maintained a residence in West Los Angeles and Steve in Las Vegas, Steve always flew to see his brother — and did so on the morning of Sept. 24, the day before the Woodman murders. He returned to Vegas on the afternoon of Sept. 26.

Police also discovered that, though Robert lived more than three miles from the Woodmans' Brentwood apartment, he had gotten in a car accident at the entrance to the alleyway behind their building the day before the murders.

That was enough to convince a judge to give them warrants to tap the Homicks' phones — where they discovered the brothers using a code to coordinate calls between pay phones and elude any wiretaps. Police monitored the pay phones and captured both sets of brothers placing and receiving calls amongst themselves.

In Jan. 1986, police were able to obtain a search warrant for Neil and Stewart's business and its financial records, at which time they discovered that the brothers had been borrowing operating capital for at least three years before the murder. The $500,000 check (which would be worth $1.3 million today) from their mother's life insurance policy that arrived on Christmas Eve 1985 made the company solvent again ... and allowed the company to cut a check to Steve Homick for $28,000 on Jan. 9, 1986.

A fifth man, Anthony Majoy, was also arrested and charged that month with being a participant in the murders, the LA Times reported; court records reflect that was a result of Dominguez's cooperation.

In May 1986, Steve Homick was further indicted for three murders in Las Vegas: the killings of oil heiress Bobbie Jean Tipton, her maid, Marie Bullock, and a deliveryman named James Meyer — committed in the course of a burglary in December 1985. Court records reflect that the wiretaps placed during the Woodman murder investigation turned up evidence in the Tipton case as well.

That month, Dominguez pleaded guilty in the Woodman murders and agreed to testify against all the brothers.

In April 1988, the case against the Woodmans, the Homicks, and Majoy was thrown out of court, the LA Times reported, as the court ruled that the judge's decision to meet privately with prosecutors and a key informant in the case in 1986 had denied the men due process. Charges were refiled against them in October.

Then, in May 1989, all four brothers were indicted on federal charges including racketeering, interstate transportation of stolen property, conspiracy, aiding and abetting, wire fraud, and distribution of narcotics, as well as for the murders of the Woodmans and the ones in the Tipton case. Included in that indictment were the Homicks' other brother, William, and their sister Nadine, Steve Homick's wife, Delores, and Anthony Majoy.

Steve Homick was convicted on the murder charges in Nevada and sentenced to death, according to the Las Vegas Sun, but because the Woodman murders occurred first, he was extradited to California to stand trial there, too. (During that trial, Dominguez testified that he'd shot at least two other people in Las Vegas on Steve's orders.)

Stewart Woodman was found guilty in March 1990. Anthony Majoy's trial also resulted in his conviction in March 1990, according to the LA Times. (In his trial, based on Dominquez's preliminary hearing statements — later recanted — Majoy was identified as the assailant in the ninja outfit. Majoy continually insisted he was innocent.)

To avoid the death penalty, Stewart Woodman then agreed to cooperate with prosecutors, who had yet to try his brother Neil or either of the Homicks.

That meeting happened on March 21, 1990, and resulted in an hour-long recorded confession.

“They knew there was a problem with my mother and father,“ Stewart Woodman told investigators of the Homicks. “Bob would always say, ‘Your father’s gonna drive you into a grave. You know you could just take care of it and not worry about it.’”

“Neil’s reasoning behind it," Stewart said, "was he felt that if they just did my father, it would point much more to us than if they did both.”

The Woodman brothers picked the date and place, knowing their parents always broke the Yom Kippur fast with her sister and returned home around 10:00 p.m. They also told the Homicks which parking spot belonged to the family.

Stewart's cooperation helped him avoid the death penalty, and he was dropped from the federal case.

In November 1990, the Homicks and Neil Woodman's federal racketeering trial began, according to the Times; all three were convicted on federal charges in January 1991 and sentenced to life in prison. (Their convictions and sentences were all upheld on appeal in 1992.)

The Homicks were then also both tried alongside Neil Woodman in October 1992 on the state charges in the Woodmans' murders, according to the LA Times. The Homicks were convicted on those charges in June 1993, reported the Times, but the jury deadlocked on the charges against Neil Woodman. Steve Homick received another death sentence after that trial, while Robert was sentenced to life in prison without the possibility of parole.

Neil Woodman's retrial for the state charges in his parents' murders began on Nov. 13, 1995; he was convicted in Jan. 1996, according to the LA Times. He received a sentence of 25 years to life in April 1996, the paper reported.

Steve Homick died of natural causes in 2014 while still incarcerated, according to the Times. Robert Homick remains incarcerated in California with no possibility of parole. Steward Woodman reportedly died in 2014, according to various obituaries. Neil Woodman became eligible for parole in 2001, but California jail records reflect that he has been repeatedly denied parole, including as recently as May 2021.

2 Brothers Kill Uncle Together Over $400