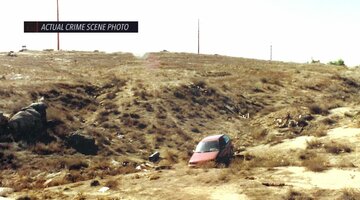 Now Playing
5:21
Digital Original
An Exclusive First Look At The Case of Orlando Gene Romero And Christopher Self 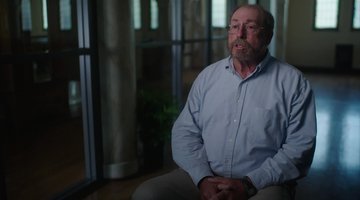 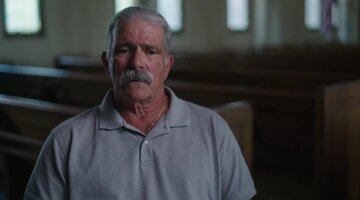 In the fall of 1992, three men were shot and killed, and another victim — an off-duty cop — was seriously wounded during a two-month California crime spree that terrorized Riverside County’s Mead Valley.

The first two victims, Joey Mans, 26, and Timothy Kipp Jones, 24, were discovered by a routine helicopter patrol of the area. The men, longtime best friends, had been gunned down execution-style. One man’s body was riddled with bullet wounds.

“They were young,” a relative of the victims told “Killer Siblings,” airing Saturdays at 6/5c on Oxygen. “They still had a lot of life.”

Evidence at the hilltop crime scene was relatively scant, investigators told producers. They were able to recover spent shell casings, and they observed that the victims’ vehicle had been ransacked.

Officials also noted a distinctive BK shoe impression in the dirt near the bodies. It didn’t match the victims’ footwear. Detectives reasoned that the killer may have left a telltale signature in the dirt. They had a clue to go on as they dug into the case over the following weeks.

On November 25, 1992, the body of Jose Aragon, 22, a college student and competitive motorcyclist from Redlands, turned up in San Timoteo Canyon near Beaumont.

Aragon was found in the bed of his truck. He had been shot numerous times. One bullet entered Aragon’s chin and exited through the helmet he wore as he practiced for an upcoming motorcycle meet.

In a 2016 Redlands Daily Facts story, a detective said that Aragon’s slayers “played with him before they killed him. When they shot him, they asked him, ‘Does it burn? How does it feel to be shot?’”

At the time of the murder, detectives suspected that there may be a link between Aragon’s murder and the killings of Mans and Jones. The crime scenes had things in common. The multiple shots were another similarity. The spent .22 caliber casings — admittedly commonly used ammunition — also matched those left at the earlier murders.

Aragon’s murder “looked like the double homicide up on the hilltop,” Fred Breitkreuz, a detective with the Riverside County Sheriff’s Department, told “Killer Siblings.”

Was this the latest casualty in a deadly crime spree, or was this brutal slaying unrelated to the Lake Mead murders? A third shooting would help investigators answer this question.

On November 30, John Feltenberger, an off-duty Ontario Police Sergeant, was shot during the carjacking of his 1991 red Geo Metro that occurred in an isolated area late at night. Feltenberger survived his wounds.

At the time of his shooting, Feltenberger was unarmed and not in uniform. When a car pulled alongside his, he pulled to the side of the road. A man armed with a shotgun told Feltenberger to get out of his car. He complied and said, “Nobody has to get hurt.”

The assailant shot Feltenberger in the chest and sped off in the Geo Metro. Despite a serious wound and a collapsed lung, Feltenberger managed to get help at a nearby house.

At the hospital, where Feltenberger spent nearly a week and a half, investigators got “a huge piece of evidence,” according to Riverside County Deputy DA Richard West.

A piece of plastic recovered from Feltenberger’s wound matched material found on Aragon’s body. The plastic material strongly suggested the crimes were linked. The reappearance of the BK shoeprint added heft to that theory. Detectives feared that more lives would be lost if the spree continued.

As investigators combed through Feltenberger’s recovered car, a new lead emerged. Aragon’s credit card had been used at a bank ATM the same day he was killed. The ATM surveillance camera captured a picture of a young man who withdrew cash from Aragon’s account.

Orlando Romero and Christopher Self

The suspect’s photograph was circulated. He was eventually identified as a man named Jose. Interrogated by authorities, Jose admitted having knowledge of and a role in the crime spree, according to “Killer Siblings.” But he insisted the slayings themselves were carried out by Orlando Romero, 21, and his brother Christopher Self, 18. (The younger sibling took his stepfather’s surname after his mother remarried.)

The boys’ upbringing was marked by abuse. Troubles followed them into their teens, and the brothers brought out the worst in each other, investigators told producers. By 1990, Romero was arrested for carjacking. His crimes escalated from there.

The elder sibling allegedly called the shots on who lived and died.

“The brothers are responsible for one of the most violent crime sprees in Riverside County history,” authorities told “Killer Siblings.” “These were some vicious characters.”

As such, after authorities tracked down the brothers, who were hiding in an abandoned residence and making plans to flee to Mexico, a SWAT team was called in to make the arrest. Both brothers were armed but subdued and taken into custody.

In 1994, Jose received a sentence of 51 years to life in prison for his role in the crimes in accordance with the terms of his plea agreement.

Two years later, the brothers’ trial began. There were separate juries for each sibling.

Romero was found guilty of first-degree murder for the deaths of Joey Mans, Timothy Jones, and Jose Aragon.

Self was convicted of the same crimes as his brother, in addition to the attempted murder and robbery of Sgt. John Feltenberger.

Both brothers were sentenced to death on August 28, 1996.

On August 2, 2020, San Quentin State Prison officials reported that Romero died while being treated for a COVID-19 infection at a hospital outside the penitentiary, according to local station KPIX-5.

To learn more about the case, watch “Killer Siblings” on Saturdays at 6/5c on Oxygen, or stream episodes on Oxygen.com.