Sign Up for Free to View
An Exclusive First Look At 'Killer Siblings' Season 2, Episode 7 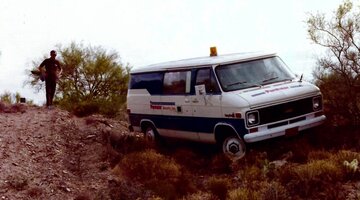 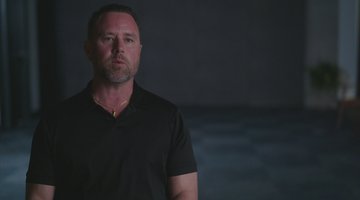 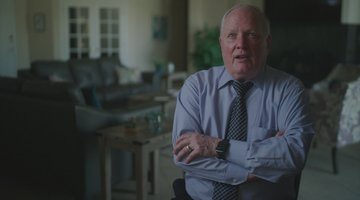 On May 24, 1977, authorities in Arizona were thrust into a deadly case of missing persons — and missing money.

On that Tuesday morning, Russell Dempsey and Cecil Newkirk, Purolator security guards in an armored car carrying $330,000, left Phoenix for the approximately 100-mile drive mostly along Interstate 17 to their first stop at a bank in Prescott.

When the couriers didn’t arrive at their destination, FBI agents considered various scenarios, they told “Killer Siblings,” airing Saturdays at 6/5c on Oxygen.

One possibility was the guards could have absconded with the cash. The fact that Dempsey and Newkirk were middle-aged family men made that theory seem remote. Another explanation was both guards were hijacked along with the money. In yet another, just one guard was behind the disappearance.

Answers would emerge the next day. A helicopter search team spotted the abandoned van on the side of the road in Bumble Bee, a deserted town about 55 miles from Phoenix. The guards and cash were nowhere in sight, but bags of coins remained in the vehicle. Also in the van: fresh blood stains.

“Blood indicated that some form of violence had occurred,” FBI special agent Tony Oldham told “Killer Siblings.” An investigation of the scene also revealed two sets of tire tracks — one from the Purolator car, the other unknown. Officials believed a “third party” was involved.

Detectives urged the public to come forward with tips, and one couple who’d been driving on I-17 on May 24 said they’d seen a Purolator van pulled off the road in front of a police car. When local police confirmed that no one in the department made such a stop, officials theorized individuals had disguised themselves and a car.

Authorities compared tire tracks from where the van was recovered to ones roadside where the couple had spotted the van pulled over on I-17. The tread patterns matched.

As officials methodically eliminated various known car thieves from the list of suspects, the investigation led them to Lake Mead. On June 16, a canvas bag with Russell Dempsey’s body — still in uniform, with his name badge on it — had floated to the surface. Marks were visible around his neck. Authorities feared that Cecil Newkirk would also be found dead.

FBI special agent Laird Hiestand interviewed service station employees in the Lake Mead area for possible witnesses or leads. One garage attendant told authorities that he responded to a call on May 25, the day the van went missing, made by individuals who said they were fishing and had backed their pickup truck into the lake. They needed a tow to get it out. The person who signed the receipt: Michael Poland.

Poland, 37, was a high school dropout whose father, George, was abusive to his mother, Arlene, and all of his siblings, including 27-year-old brother Patrick.

Michael and Patrick were joined at the hip, so when the elder Poland got involved in criminal activity, his younger sibling followed suit. By the middle of 1977, the Poland brothers were plotting “a big score,” according to “Killer Siblings.”

Investigators set up 24-hour surveillance of the brothers. They observed that the suspects didn’t have jobs, but they were busy spending big bucks on new vehicles. How could they afford the spending spree?

“You always follow the money in a case like this,” Special Prosecutor A. Melvin McDonald told producers. “There’s no explanation for this sudden surge of money.”

On June 23, Cecil Newkirk’s body was recovered at Lake Mead. It was floating in a canvas bag tied shut with cord just like his partner. An autopsy revealed that the guard had been brutally beaten before being submerged.

But a month after the crime went down, the FBI still didn’t have enough evidence to arrest the Poland brothers.

Authorities turned their attention to the truck that had been towed at Lake Mead, a vehicle that belonged to George Poland. In an interview with authorities, the Poland patriarch said his sons would never go fishing. Investigators doubled down on determining what the brothers were doing there — and how that vehicle figured into the big picture.

“The pickup becomes of extreme interest,” said FBI Lead Detective Frank Mowrey, adding that officials were seeking evidence that the truck was used to haul the Purolator guards’ bodies. Investigators turned up remnants of cement, which they reasoned could have been used to weigh down the bags holding the guards.

In mid-August, divers recovered a third canvas bag. It contained the guards’ handguns. Authorities then focused on not just what was inside the sacks but the bags themselves. They tracked down the makers of the canvas bags, who in turn identified the Polands as the individuals who bought them.

Authorities also analyzed the canvas bags from the lake: Cement residue recovered from them matched what was in the Polands’ pickup.

On May 17, 1978, officials finally had enough evidence to present to a grand jury. After a federal grand jury returned with an indictment of the Poland brothers for robbery, kidnapping, and murder, authorities called in SWAT teams to arrest the Poland brothers. They were taken to jail in Phoenix.

In exchange for immunity, the Poland brothers’ wives revealed what they knew about the crime, which included how the siblings planned the robbery for months. Authorities were convinced, though, that the women had no foreknowledge that the guards would end up dead.

“Autopsies revealed that the most probable cause of death was drowning, although in the case of Mr. Dempsey, the pathologist was unable to rule out a heart attack as a possible cause of death,” court documents involving the case noted.

Authorities split the case. Bank robbery charges were tried in federal court, followed by the homicide trial in state court. In January 1979, the brothers were convicted of robbery and kidnapping and sentenced to 99 years behind bars.

Ten months later, Michael and Patrick Poland were found guilty of murder and were eligible for the death penalty. Upon appeal, their convictions were overturned due to juror misbehavior that included discussions of the federal case.

Retried, the Poland brothers were again found guilty in 1982. Following a number of appeals, Michael Poland died by lethal injection on June 16, 1999. Patrick Poland was executed on March 15, 2000.

To learn more about the case, watch “Killer Siblings,” airing Saturdays at 6/5c on Oxygen, or stream episodes on Oxygen.com.