Although Kim Kardashian West believes there is an “appropriate time” that people who have committed crimes should serve in prison, she says many of those behind bars deserve the chance to reform themselves.

Kim Kardashian West heads up the beauty empire KKW Beauty and the shapewear line Skims. Her life is well documented on the reality television series “Keeping Up with the Kardashians.” Still, the media mogul isn’t finished mapping out her career.

She now carves 18 hours a week out of her busy schedule to study law.

Transitioning from a career in reality television and beauty to include the world of criminal justice reform may seem like a strange move for some, but for Kim Kardashian West, it's a natural fit.

A single spark can start a great fire

The spark that led to her interest in law and social justice reform is a woman named Alice Johnson, a great-grandmother who was trapped in a life sentence after being convicted of a first-time, non-violent drug offense.

Kardashian West is studying law under an apprenticeship at #cut50, a bipartisan effort aimed at cutting crime and incarceration in the United States. The initiative was co-founded by Van Jones and Jessica Jackson. 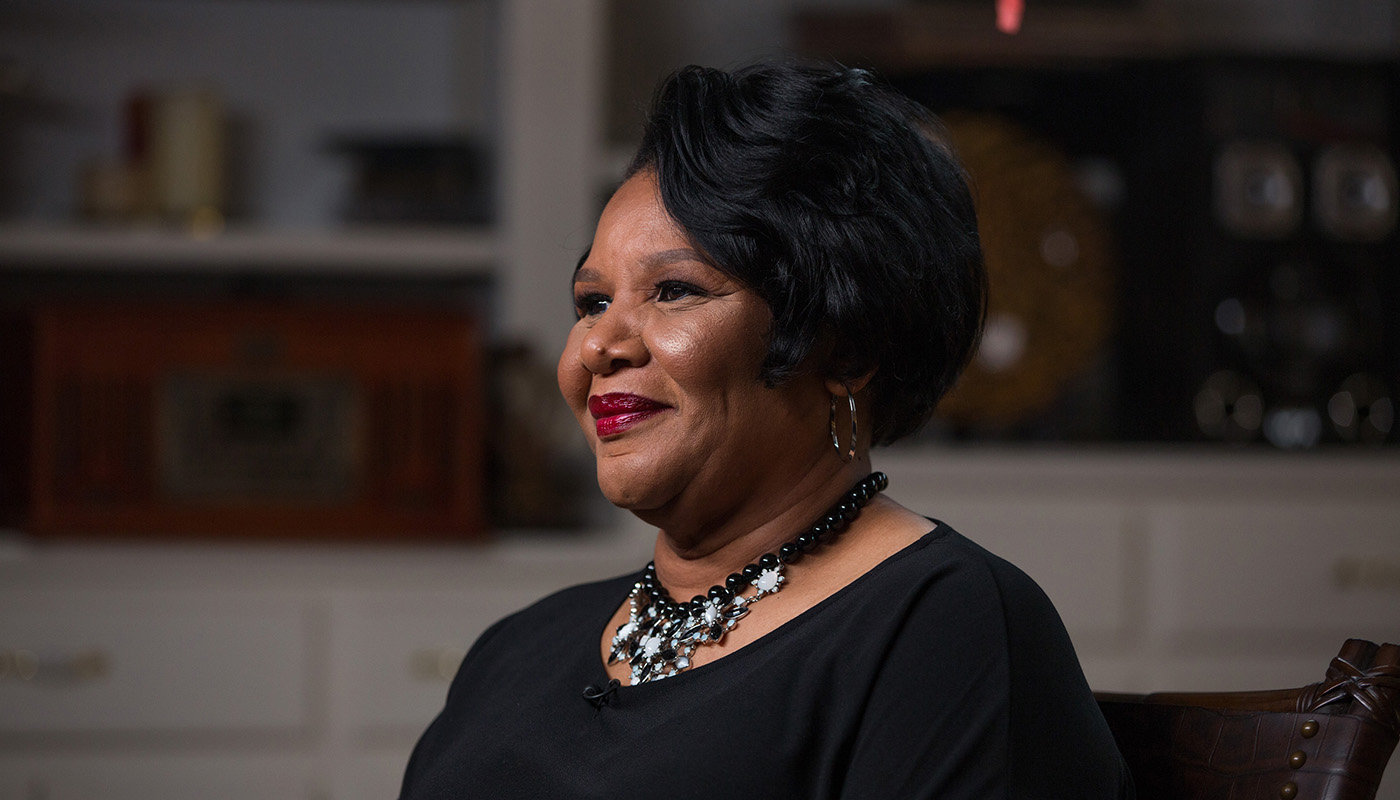 "There hasn’t been one person that has met Alice Johnson that has regretted that decision or felt that wasn’t the right choice." - Kim Kardashian West on Johnson’s release
Alice Johnson. Photo: Getty Images

“When I was speaking at the White House, we needed a certain amount of clemency letters to support Alice’s file,” Kardashian West told Oxygen.com. “I was learning what we needed to make a really strong file to present to the President and so along the way I would hear the name Jessica Jackson so many times.”

Jackson was raising a newborn baby when her husband faced time in prison for a drug offense, according to Kardashian West.

“She finished her GED, got her high school diploma,” Kardashian West said. “[She] said she was gonna go to law school. She did it all with no help….Now she’s one of the most powerful forces in criminal justice and her story was really inspiring to me.” 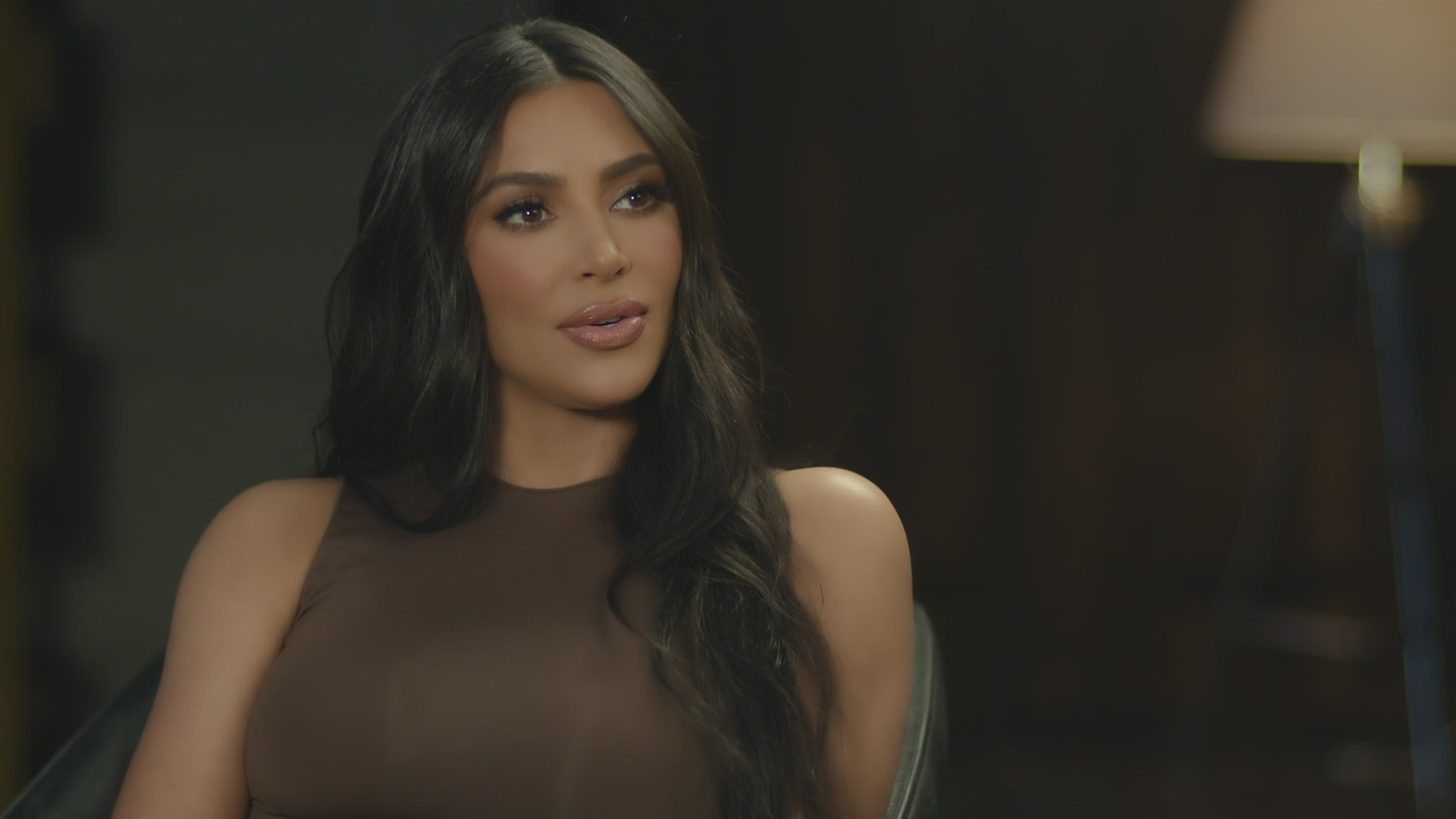 Kardashian West also points to Erin Haney, who has worked as a death penalty attorney, as someone who has helped her learn to be more compassionate when approaching a case.

“This whole process has brought out a whole other side of compassion and non-judgement when meeting people when you have no idea what their circumstances are,” Kardashian West said.

She was back in D.C. last June to speak in support of the First Step Act, which includes measures to reduce sentences for incarcerated people, reported AP News. 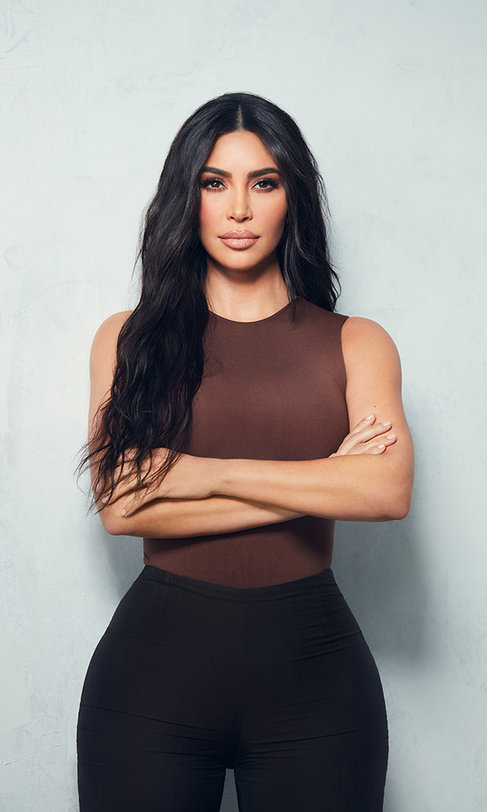 Kardashian West has also supported funding for programs like the 90 days of Freedom project spearheaded by attorneys Brittany Barnett and MiAngel Cody, according to ABC News. Barnett was an attorney for Alice Johnson.

“Brittany was so kind and patient with me,” Kardashian West said. “She took the time to really explain to me so many situations and after the fact, after first step got passed there were so many clients of hers that just didn’t have the funds for paperwork to be filed to actually get out.”

Most of the teams she works with are made up of “powerful women,” according to Kardashian West.

“They’re just amazing women that work so hard,” Kardashian West said. “I love surrounding myself with them and working together with them.”

Digital Original
What Is The First Step Act?

Kardashian West has advocated for people who might be innocent, but she has also used her considerable platform to shed light on people in prison she believes received unfair sentences. Some of those cases will be featured in her upcoming Oxygen documentary “Kim Kardashian West: The Justice Project,” streaming now on Oxygen.

Who are the faces of the Justice Project?

In the past year, Kardashian West has lent her support to several incarcerated people, including Momolu Stewart and David Sheppard.

Stewart and Sheppard, whose cases will be featured in the Oxygen documentary, were both released from prison this past year, and both thanked Kardashian West for her assistance in interviews with Oxygen.com.

In 1992, David Sheppard was convicted of second-degree felony murder for the 1992 shooting death of pharmacy owner Thomas Brannan. A codefendant was the shooter, but Sheppard faced a life sentence for his role in the fatal robbery. 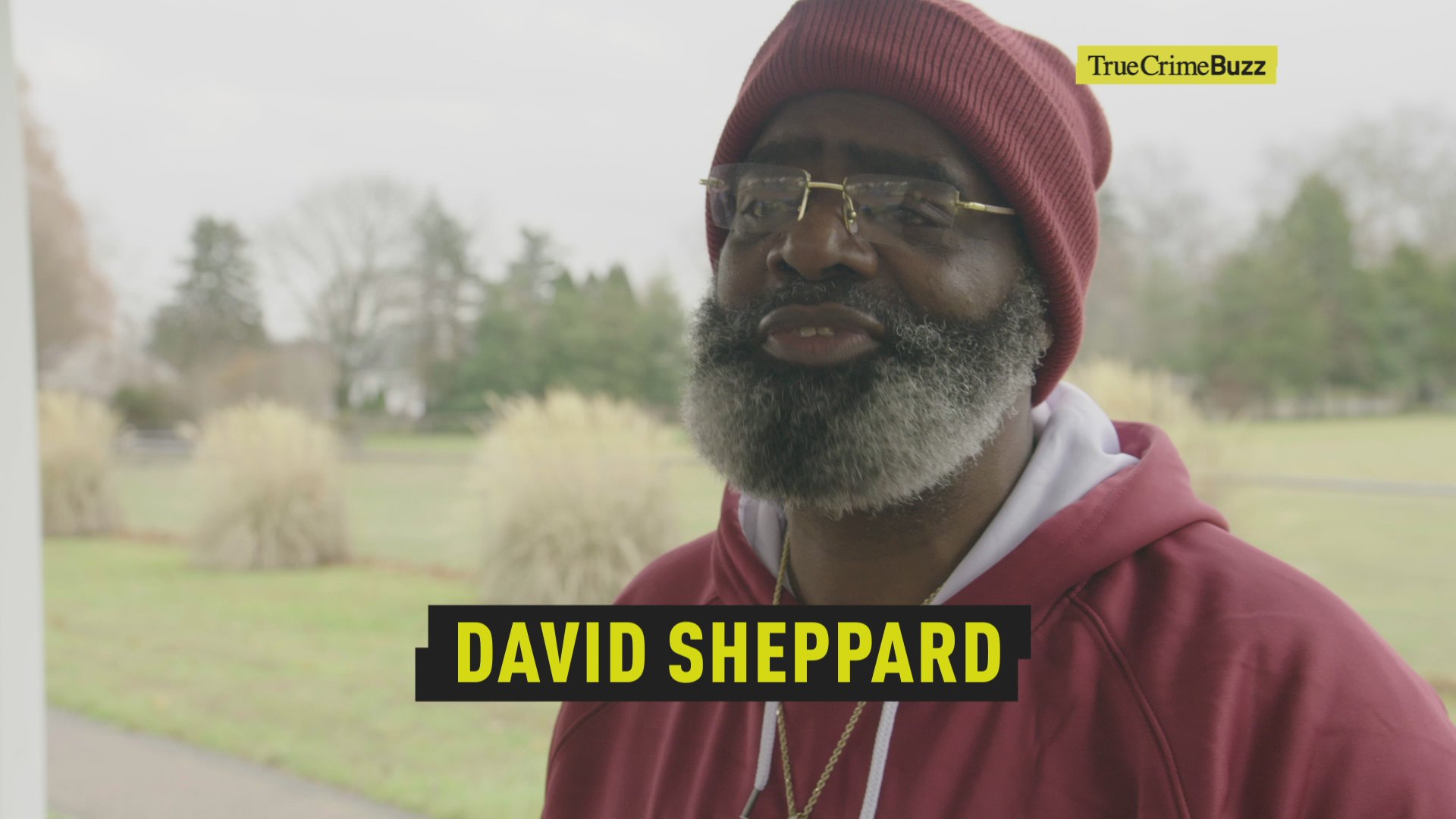 His case was brought to the attention of Kardashian West partly by Sheppard's friend, George Trudel, who had his life sentence commuted in 2019. After Trudel wrote her a letter about Sheppard, she met with Trudel, advocate Liz Geyer, and Lt. Governor John Fetterman to discuss his story.

This past December, the state’s board of pardons approved Sheppard's application for clemency, and Governor Tom Wolf signed off on his commutation. He was released after nearly 30 years in custody, thanking Kardashian West for spotlighting his case.

While Sheppard called her "a great blessing," Stewart highlighted Kardashian West’s "ability to believe in others when the conventional aspect of things would be to shun ‘em.”

Stewart was given a life sentence in the late 1990s for the murder of an unarmed man. During an in-person meeting, Kardashian West and Stewart discussed the murder, and Stewart “openly admitted that he had shot and killed another young man and that he has to live with that reality every day,” she later wrote in a letter of support to have his sentence reduced. 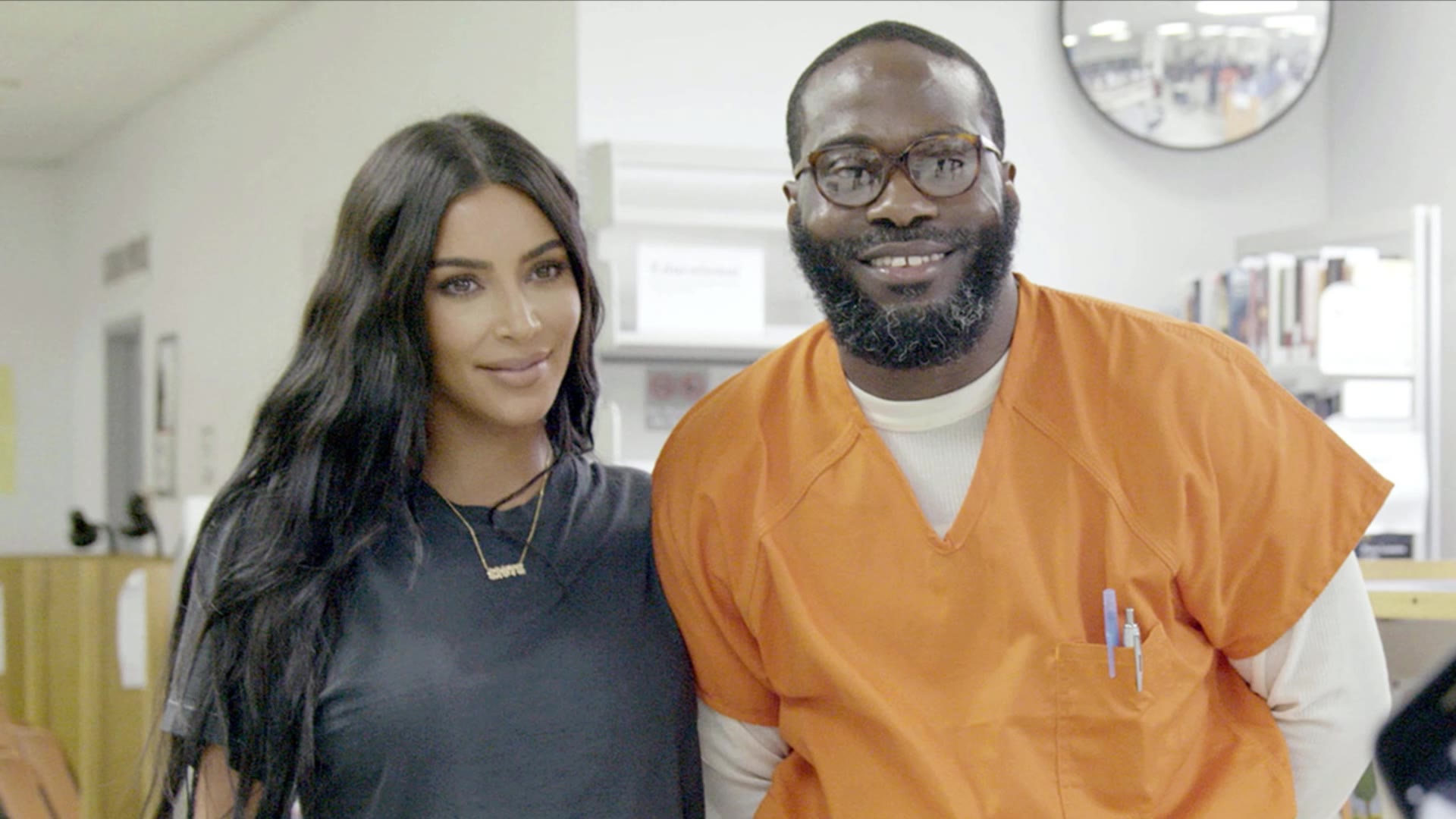 According to Kardashian West, Stewart made every effort to turn his life around since becoming incarcerated, including earning his general education diploma and enrolling in college courses under the Georgetown Prisoner’s Scholars program.

This past October, a judge suspended his sentence, and Stewart took his first steps of freedom after more than two decades behind bars.

The fight continues: Kardashian West is advocating for these women

Two additional pleas for help came from Dawn Jackson, a woman carrying out a 30-year sentence for the murder of a family member she said was abusive, and Alexis Martin, who was given life in prison for killing the man she says was her sex trafficker.

On the day the 1999 murder occurred, Jackson, then 27, went to her step-grandfather's house to ask him for money, said Kardashian West. He then “tried to forcefully have sex with me,” wrote Jackson, and she fatally stabbed him.

Jackson was arrested and charged with first-degree murder, to which she ultimately pleaded guilty, reported The New York Times. Her public defender did not disclose the reports of abuse in court, and she was sentenced to three decades in prison, wrote Jackson.

“She detailed her abuse,” Kardashian West told Oxygen.com. “But then to come find out that she couldn’t be that open during her trial, and she couldn’t reveal any of that. That was the reason why she did what she did — in defense, in snapping, in being abused … You can understand her journey and feel her pain, but how the system failed her and made her out to look was just not fair in my eyes.”

Kardashian West and her team of attorneys are currently looking into Jackson’s case, telling Oxygen.com that Jackson’s abuse, which allegedly started at the age of 5, “absolutely” should have been presented to the court.

Martin was only 14 years old when she said she was sex trafficked by Angelo Kerney, the man she would later plead guilty to killing.

Kerney was shot to death in 2013 after two of Martin’s friends entered his home with the intention to rob him, Kardashian West told “The Justice Project.” They also shot and injured Kerney’s brother, who was raping Martin at the time of the break-in, according to Kardashian West.

Martin, then 15, was arrested for Kerney’s murder, and she was tried as an adult, reported Cincinnati.com. The court ruled there was not enough evidence to prove that the trafficking was related to the shooting, Martin’s attorney, Jennifer M. Kinsley, told “The Justice Project.”

“When I read [Jackson’s] letter for the first time, I cried …”

“It makes no sense why they would try these children as adults when they are the ones getting trafficked,” Kardashian West told Oxygen.com while discussing cases from the documentary.

Martin pleaded guilty to murder and was sentenced to life in prison with the possibility of parole after 21 years, according to Cleveland.com. While in prison, Martin has earned her GED, become a certified dog trainer and has run a group for survivors of human trafficking.

She is currently seeking clemency, and Kardashian West has offered her support to Martin’s legal team.

“Every time I've brought up a sex trafficking case, there always seems to be some huge hurdle because there’s no law in place that protects these children,” Kardashian West said. “The system will take on the case and try them as adults, and to me, that is so broken … no one is protecting them.”

Digital Original
"I Do Believe It Should Be For Rehabilitation:" Kim Kardashian West On The Prison System 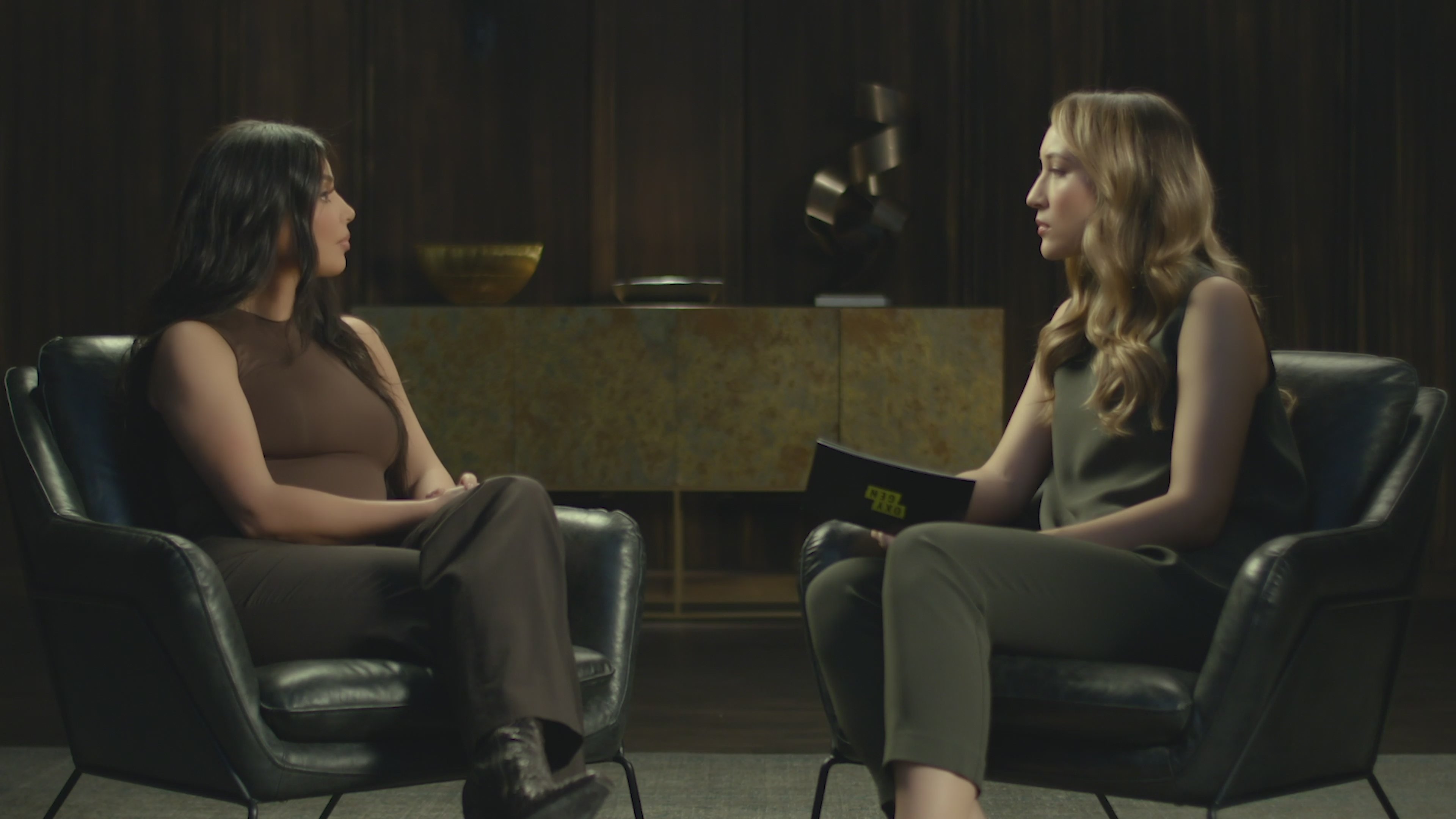 Although Kardashian West believes there is an “appropriate time” that people who have committed crimes should serve in prison, she says many of those behind bars deserve the chance to reform themselves.