Sign Up for Free to View
‘This Season Is Even More Bizarre:’ Dr. Terry Dubrow Talks Return Of Oxygen’s ‘License To Kill’ 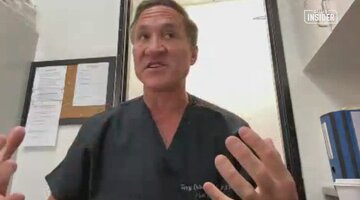 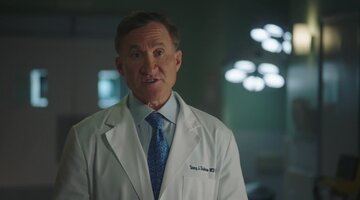 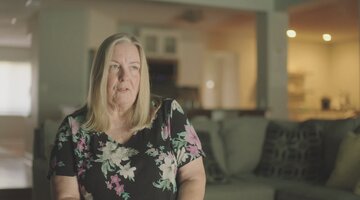 2:11
Exclusive
Who Was Bobbie Sue Dudley?

For her 39th birthday, Terri LaMarti was gifted a “dream” present by her husband, Ned — a gift certificate for liposuction. As a mother of four, LaMarti had tried everything to shed her postpartum weight, but not even continuous jogging seemed to get rid of her “belly.”

During an initial consultation with cosmetic surgeon Dr. Anthony Pignataro at his West Seneca, New York office, LaMarti said she felt completely “calm” and “comfortable” with the charismatic doctor.

“I had absolutely no misgivings or doubts about Dr. Pignataro. He just put me totally at ease,” LaMarti told “License to Kill,” airing Saturdays at 6/5c on Oxygen.

In June 1997, Ned dropped her off for her liposuction appointment at 8:30 a.m., and what followed was the most excruciating pain LaMarti had ever experienced in her life.

After taking a handful of pills, LaMarti was brought to the “surgery center,” a basement located down two flights of stairs, which was a far cry from the sterilized operating room she expected.

“They plopped me down in this chair. I was trying to tell them something’s wrong here, I don’t want to do this. I had no control over anything,” she told producers.

The last thing LaMarti remembered was audibly moaning, and when she woke up hours later at 5 p.m., she was in the waiting room fully dressed. Ned picked her up, and when she got home, there was so much blood pouring down her legs that her daughter had to soak it up with a mop.

Examining her abdomen, LaMarti saw approximately 18 to 22 staples across her stomach, but the surgery incisions had not been closed.

“There were gaping wounds, like the edges weren’t together, like you could stick a man’s finger in these holes,” she recalled.

Concerned, the LaMartis called Dr. Pignataro, who claimed that the blood was actually excess surgery fluid, and that they had nothing to worry about. He told LaMarti to rest and that he would check in with them the following morning.

After a night of sleep, however, she was in even more pain, and they rushed to the hospital emergency room. Doctors discovered that during the procedure, her intestine had been nicked, and LaMarti was fighting off a brutal infection. The sutures placed by Dr. Pignataro had cut off all blood supply to her abdomen, causing it to rot.

LaMarti was left with a four-inch hole that was half an inch deep, and she spent the next few days recovering in the hospital with medication and IV treatments.

While still admitted, she was woken up one night at around 2:30 a.m. Her visitor was none other than Dr. Pignataro, who holding her chart and screaming at her, telling her to go home. Nurses quickly intervened and had him leave the hospital, and LaMarti was discharged days later.

A formal investigation into Dr. Pignataro’s practice was not opened, however, until August 1997, when first responders were called to his office due to a patient in distress. The victim was 26-year-old mother of two Sarah Smith, who was undergoing a breast augmentation when she went into a state of state of cardiac and respiratory arrest.

When emergency crews arrived, Dr. Pignataro was attempting to create an airway for Smith using a coat hanger. Although paramedics were able to revive Smith using CPR, by the time they arrived at the emergency room, she slipped into a coma and later died.

Stunned by the scene, the fire department reported Dr. Pignataro’s practice to local police, who followed up with the surgeon about the procedure. He claimed that during the routine trans-umbilical breast augmentation, Smith stopped breathing, and so he performed CPR and gave her a lidocaine shot.

When that failed to resuscitate her, he said he had his staff call 911. Dr. Pignataro then ended the interview, telling investigators he had to see a patient.

The following day, LaMarti, still recovering at home, received a call from Dr. Paul Dippert, who had treated her at the hospital.

“He said, ‘Do you know what a lucky woman you are? … That son of a bitch just killed a 26-year-old mother of two,’” LaMarti told “License to Kill.”

The West Seneca Police Department opened an investigation into Smith’s death, and when the autopsy report came back, it revealed that Smith had died from asphyxia due to improper ventilation during the anesthesia procedure.

“For layman’s terms, the oxygen levels got so low that it basically caused her heart to stop,” Erie County District Attorney John Flynn told producers.

A toxicology report also determined that Dr. Pignataro had mixed together sodium pentothal and Versed, two medications that relax the body during surgery. The dosage Smith received was so high that it caused her to no longer breathe on her own.

At that point, the New York State Department of Health suspended Dr. Pignataro’s medical license, and the Erie County District Attorney’s Office took over the investigation.

Interviewing his office staff, they learned that during Smith’s surgery, Dr. Pignatoro’s wife, Debbie Pignataro, who acted as an office assistant, a licensed nurse who had only six months of experience in a non-surgical setting, and a 17-year-old high school intern were present.

The nurse and teenager said that Smith woke up mid-procedure and said “ouch,” and she was given more medication to knock her out. That is when Debbie noticed the oxygen levels were plummeting, but instead of stopping immediately, Dr. Pignataro continued with the surgery.

After Debbie noticed that Smith’s lips were “turning blue,” she stopped breathing and went into cardiac arrest.

Digging deeper into the surgeon’s past, investigators learned he was the son of respected Buffalo doctor Ralph Pignataro. The younger Pignataro had trouble getting into any of the recognized, established medical schools in the U.S., and he received his degree from an institute in Puerto Rico.

As a trained ENT doctor, he then moved to West Seneca and set up his cosmetic surgery office, where he became somewhat of a minor celebrity offering bargain prices for tummy tucks, breast augmentations, and nose jobs. Sporting a red Lamborghini, Dr. Pignataro bragged about his exclusive patents, including snap-on hair pieces that were implanted into the skull.

Investigators heard from multiple witnesses, however, that Dr. Pignataro was all flash and no substance.

“All the individuals who were spoken to in this investigation who were with him in the residency program all said he was a disaster … The more we’re looking at Dr. Pignataro, the worse we’re starting to feel,” Flynn told producers.

Hoping to warn others about the practice, LaMarti went public with her story, and multiple women reached out with stories of their own about their experiences with Dr. Pignataro. Including Smith, LaMarti learned of 13 other women who had allegations against him.

Authorities obtained a search warrant for his office, and once inside, they took several photographs of the basement, which they claimed was not properly set up for surgery and housed inadequate equipment.

That August, he accepted a plea deal, and for the charge of criminally negligent homicide, he was sentenced to six months in jail with five years of probation, The New York Times reported in 1998.

As part of the plea agreement, Dr. Pignataro could no longer practice medicine.

Several victims and those involved in the case were disappointed by the sentence, and Dr. Pignataro was released from jail in December 1998.

“It’s such an injustice. He killed somebody,” LaMarti told producers.

Four months after he was released, his wife, Debbie, complained of tingling and numbness in her arms and legs and trouble walking. No one could determine the cause of her symptoms, however, and that summer, she was near the point of paralysis and admitted to the hospital.

They performed a toxicology screen on Debbie, and she tested positive for high levels of arsenic. A criminal investigation was opened into her poisoning, and by obtaining a sample of her hair, they learned that the arsenic exposure began around May 1999.

“During that time, Debbie Pignataro remembers Anthony Pignataro made some soup, and Debbie got sick shortly thereafter. So now we suspect that there may have been arsenic in that soup,” Flynn said.

Debbie gave authorities permission to search their home, and they found the ant killer Terro, which contained arsenic. They also found evidence that Dr. Pignataro had made credit card purchases at a store that sold the Terro.

Investigators conduced numerous interviews with Dr. Pignataro, and when asked if he had tried to kill his wife, he responded, “Well, I can see how someone could think that,” according to Flynn.

After Debbie was released from the hospital, she was wheelchair-bound and had to undergo physical therapy five days a week, but there was still not enough evidence to arrest him.

Soon, however, a jailhouse informant reached to authorities with damning evidence.

While in jail, Dr. Pignataro reportedly revealed that he had a girlfriend and had a life insurance policy on his wife. If he were to collect on it, he said he could start over with the other woman, the informant claimed.

The informant also said that Dr. Pignataro had asked him if he knew how to poison someone, and through phone records, it was confirmed that the two had kept in contact after Dr. Pignataro was released.

Anthony Pignataro, center, is escorted by Erie County Sheriffs Deputies after he pleaded innocent in state Supreme Court, where he was arraigned on charges of attempted murder, assault and possession of a controlled substance, in Buffalo, N.Y., Tuesday, May 9, 2000. Photo: AP

He pleaded guilty to the lesser charge of attempted assault in late 2000, and he was sentenced to 15 years in prison. Debbie divorced him, and an order of protection was issued barring him from seeing their two children.

In December 2013, Dr. Pignataro was released and made his way to Palm Beach, Florida. Three years later, he legally changed his name to Anthony Haute and began advertising himself on an elder care provider website in 2019.

“With Dr. Pignataro being out there somewhere in the world with nobody keeping an eye on him, I guarantee you he’ll hurt somebody else,” LaMarti told producers.

Flynn has since notified the West Palm Beach Police Department of Dr. Pignataro, calling him “one of the most dangerous individuals” that he has ever come across in his career.

Despite his past, there is nothing illegal about him helping elderly patients as long as he is not performing the duties of a licensed doctor.

Debbie will never fully recover from the poisoning, and she has been left with reduced feeling and mobility in her limbs.

To learn more about the life and crimes of Dr. Anthony Pignataro, watch “License to Kill” on Oxygen.com.