Sign Up for Free to View
An Exclusive First Look At 'License To Kill' Season 2, Episode 8 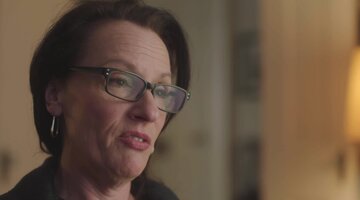 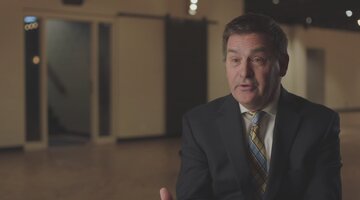 1:04
Exclusive
Where Did The Alpine Manor Murders Take Place? 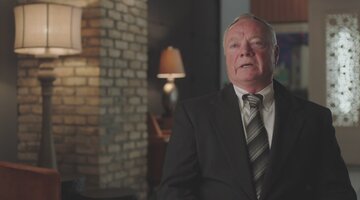 In July 1985, the family of Marguerite Chambers admitted the 58-year-old Alzheimer’s patient to the Alpine Manor nursing home in Walker, Michigan. Although it was a difficult decision for her loved ones, they believed the facility would help Chambers through her final years.

“I felt safe that she was going to be taken care of,” her daughter, Jan Hunderman, told “License to Kill,” airing Saturdays at 6/5c on Oxygen.

They soon realized, however, that some of her caretakers were far from nurturing.

While visiting her mother one day, Hunderman noticed that there was dirt on her face, and when she wet a washcloth to clean her, Chambers became extremely agitated.

“Her arms started going, her eyes got big as saucers, and I knew she was scared … She was afraid of something. Something had happened,” Hunderman told producers.

When she asked the nursing home staff why her mother was so upset, Hunderman said she “didn’t really get any answers,” but they assured her Chambers would be kept clean. Less than two years after she entered the facility, Chambers passed away in January 1987, but it was not until the fall of 1988 that her family would learn what had caused her death.

On Oct. 7, 1988, Ken Wood entered the Walker Police Department to report that his ex-wife, Cathy Wood, a nurse’s aide at Alpine Manor, had come to his home and told him that she had been involved in a series of homicides with one of her co-workers.

Following up on Ken’s statement, detectives spoke to the administrator of the nursing home, who reported nothing unusual occurring at the facility and said that Cathy was an excellent employee. Detectives then approached Cathy and asked her to come down to the police department for an interview, to which she agreed.

At the station, investigators confronted her with Ken’s statements, and while she initially said it was just a joke, she later claimed that her co-worker and lover, Gwendolyn Graham, had suffocated multiple patients at the nursing home.

“According to Cathy, after Graham killed somebody, they would come back to the house and have sex. Cathy thought that it was a release for Gwen. Why they would do that is just inconceivable,” Kaliniak said.

Cathy also confessed that Graham had suffocated Chambers with a washcloth on two occasions, the latter of which resulted in her death.

“She says Gwen had told her that she used a washcloth to place it underneath the chin and hold it up and pinch her nose, and she thought she had suffocated her. Within an hour or so, Gwen found out Marguerite was still breathing. Cathy said a few days later, Gwen Graham went back, placed the washcloth on Margarite Chambers’ mouth, [and] killed her,” retired Wallker Police Department detective Tom Freeman told producers.

She told detectives that a few months earlier, she and Graham had broken up, and that Graham had moved to Tyler, Texas with her new girlfriend, Heather Baragar.

Without enough evidence to obtain an arrest warrant, detectives were forced to let Cathy go while they continued an investigation into her claims. The next morning, they contacted Alpine Manor to speak with other employees who were close with Cathy and found that she had since been discharged from her duties.

Her co-workers shared that Cathy and Graham had an intense, volatile relationship and that they would play odd pranks together, such as lying under patients’ beds and grabbing nurse’s aides by their ankles as they walked by. Employees also revealed the two were often jealous of each other, and that Graham was particularly possessive.

“Cathy Wood had a love-hate relationship with Gwendolyn Graham. At one point … [they] got into a fight, and Gwen Graham dragged Cathy Wood into the bedroom by her hair. It was hard to believe that these things were happening, and it just got to be a real toxic mess,” Kaliniak told producers.

Walker detectives then flew to Texas to interview Graham about the allegations, and she claimed that Cathy was merely making up the rumors to break up her and Baragar. While she agreed to take a polygraph examination, the test was inconclusive, and authorities had to release her from questioning.

Back in Michigan, Cathy agreed to take a polygraph of her own, and when questioned about the murders, she distanced herself from the crimes, telling the examiner she only played the lookout when Graham killed the patients. Cathy failed the test, and she offered no explanation for the results.

While former detective Freeman believed she had failed because she had downplayed her role in the murders, other investigators were skeptical there was any truth to her claims. Days later, however, Cathy called detectives and said she wanted to “tell the truth” about what really happened.

Sitting down in an interview room, Cathy revealed she played a much bigger part in the murders than she had previously claimed.

“Why should I blame her for this, when I had a lot to do with it, too?” she said in a recording obtained by “License to Kill.”

Cathy admitted they plotted at least five murders together and that they selected their victims based on the first letters of their names in order to spell out the word “MURDER,” starting with Chambers, whose killing Cathy said she remembered the “most vividly.”

“There’s a book they keep in the nursing home with all these names on as they die or are discharged to a hospital. And we were going to try and make it spell ‘MURDER,’” Cathy told detectives.

Questioned about their motive for the slayings, Cathy said they did it so they would have “something that would bind [them] together forever.”

“Oh, god. It’s silly, but that’s what it was,” she told investigators.

Before an arrest could be made, prosecutors required investigators to present corroborating physical evidence, and in December 1988, authorities exhumed the remains of Chambers and another victim, Edith Cook.

Although the forensic pathologist was unable to determine if the victims had died from natural disease or suffocation, he was able to alter their causes of death from natural to homicide based on Cathy’s statements.

Shortly after, both Cathy and Graham were arrested. Cathy was charged with two counts of open murder, and Graham was charge with five counts of murder. In exchange for a plea deal, Cathy agreed to testify against Graham. Baragar was also called to the stand, and she testified to the same telling of events that Cathy had shared with investigators.

Graham was ultimately found guilty of five counts of first-degree murder and one count of conspiracy to murder, and she was sentenced to life in prison.

For one count of second-degree murder and one count of conspiracy to murder, Cathy sentenced to 20 to 40 years in prison. In January 2020, she was released from prison early on good behavior and moved to South Carolina.