Sign Up for Free to View
Going Undercover At Dr. Lisa Tseng's Clinc 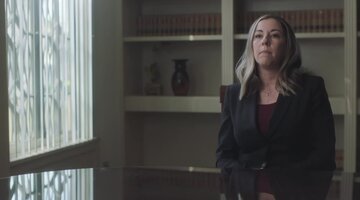 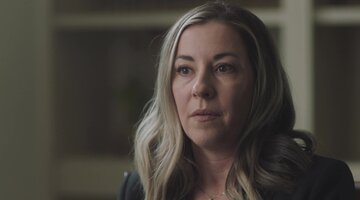 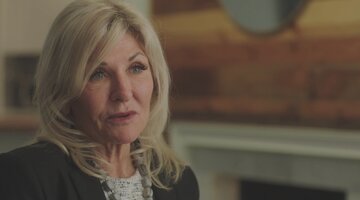 1:21
Exclusive
Who Was Matthew Stavron?

Growing up in southern California, Matthew Stavron had dreams of becoming a professional motocross racer. Like many other extreme sports athletes, however, he suffered a multitude of serious injuries, the first of which occurred when he was just 13 years old.

As a result, Matthew was prescribed medication for the pain, and his mother, Kelle Stavron, became worried he would become dependent on the pills because addiction ran in their family.

“When he hit 18, that injury that he had when he was 13 became a problem. He was in a lot of pain. He was disabled for a year,” Kelle told “License to Kill,” airing Saturdays at 6/5c on Oxygen. “The doctor was upset. He recognized that my son had an addiction. He said that Matthew always wanted more pain medicine[.]”

While Matthew’s dependency on painkillers progressed as the years went on, he later entered a rehabilitation program, and by 24, he was “thriving,” Kelle told producers. That summer, the Stavrons enjoyed some of the most memorable times of their lives together, but in September 2007, the family was ripped apart by Matthew’s unexpected death.

On the morning of the 16th, Kelle woke up to find her son deceased behind his locked bathroom door. He was lying on the floor in the fetal position surrounded by pills.

“I had no idea where he got those pills. I thought he got them off the street. Well, later we found out that he saw a doctor,” Kelle said.

The doctor in question was Hsiu-Ying “Lisa” Tseng, who had prescribed Matthew a deadly combination of OxyContin, Soma, and Xanax less than 36 hours before his overdose.

What the Stavron family didn’t know was that the Drug Enforcement Administration — in conjunction with the Medical Board of California — had opened a case against Dr. Tseng five months prior, after several pharmacists reported concerns about her patients, who were filling prescriptions for high-volume, potent narcotics.

“The pharmacists noticed that the number and types of prescriptions being written were enormous, almost outrageous. Over and over, you had seemingly relatively healthy individuals from Riverside County, San Bernardino County all coming to one doctor in Rowland Heights, east of Downtown Los Angeles, Dr. Lisa Tseng,” Los Angeles District Attorney’s Office Assistant Head Deputy John Niedermann told producers.

Dr. Hsiu-Ying "Lisa" Tseng stands to make a statement to the court prior to receiving her sentence. Photo: Getty Images

Speaking with her patients, authorities learned that “95 percent” of the people they spoke with had gone to Dr. Tseng’s office in search of drugs because they had heard it was easy to get medications because the doctor did not require medical verification such as X-rays, urine tests, or blood tests.

They also discovered that the drug she prescribed in the highest volume was OxyContin, which is “for all intents and purposes heroin in a pill form,” retired DEA special agent Mark Nomady told producers. This raised a red flag for investigators because Dr. Tseng was an osteopathic doctor — not a pain management specialist — whose focus was on holistic healing.

When she started her career, Dr. Tseng treated a normal range of patients at her Advance Care AAA Medical clinic, but as her practice grew, the majority of her visits were from younger white men who were seeking prescription drugs often associated with opioid addiction recreational use.

Starting in April 2008, authorities sent 10 undercover investigators to Dr. Tseng’s office over the span of six months. The covert agents asked her for prescription drugs, and during each meeting, Dr. Tseng failed to conduct a thorough exam or a full review of the patients’ documented medical history.

“Now we’re showing a pattern. Now we’re showing bad behavior. She knew she was doing something wrong. In my mind, it solidified that she was not just practicing bad medicine, she was hurting people, and she was dangerous,” former Medical Board of California investigator Jennifer Doll told producers.

As the agencies continued their investigation, more and more patients continued to seek out medication at Dr. Tseng’s clinic that put their lives at stake. One of them was Joey Rovero, an Arizona State University senior who died in December 2009 after overdosing on Xanax and oxycodone.

Joey’s mother, April Rovero, learned that nine days before his death, he had visited Dr. Tseng and walked out with multiple prescriptions.

With enough evidence for a search warrant, authorities conducted a raid of the Advance Care AAA Medical clinic in August 2010 and obtained various medical records through the office computers.

“I started clicking through 3,000 patient files, and by the end … I found at least 14 people that in her own notes had overdosed and died,” Niedermann told producers.

Investigators were able to track at least $6.6 million coming in from the practice, and bank records showed that Dr. Tseng was making more than $3,000 a day in cash.

“Apart from a co-pay … it’s odd that a medical clinic would also be generating so much cash off the books,” Niedermann continued. “So, it was clear that that type of business became so lucrative she could no longer spend time doing the medicine she was trained to practice because it was more profitable for her to practice drug dealing.”

To prove that the young men’s deaths were attributable to Dr. Tseng overprescribing medication, investigators sat down with the coroner’s office, which revealed that she had routinely prescribed muscle relaxants, narcotics, and anti-anxiety medication together.

Dubbed the “Holy Trinity,” this dangerous combination of drugs is not recommended to be prescribed simultaneously because they are counter-indicative.

“That’s why multiple seemingly healthy patients were dying at her clinic in Rowland Heights,” Niedermann said.

Authorities discovered that Matthew, Joey, and at least 10 other patients had been prescribed this drug cocktail before their deaths, and Dr. Tseng had repeatedly been informed by the coroner’s office of their overdoses.

In March 2012, the Los Angeles County District Attorney’s Office filed three counts of second-degree murder for the deaths of Matthew, Joey, and patient Vu Nguyen, along with more than 20 other counts of illegitimate and fraudulent prescribing.

“All three of them overdosed and died within days of seeing Dr. Tseng. None of them had ever seen another doctor for prescriptions, and the amount of type of medication she gave them was so outrageous and so unneeded,” Niedermann told producers.

The trial took place three years later in September 2015, and she was ultimately convicted of three counts of second-degree murder and more than 20 other counts of illegitimately and fraudulently prescribing.

Dr. Tseng was later sentenced to 30 years to life in prison. Her case was the first time a doctor was charged, arrested, and convicted of murder from the act of prescribing drugs.