Sign Up for Free to View
The Case Of Brian Rosenfeld 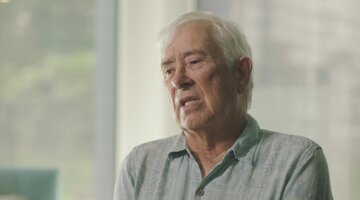 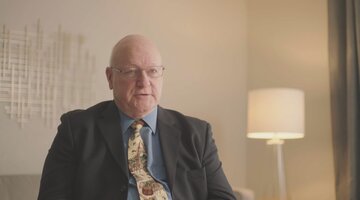 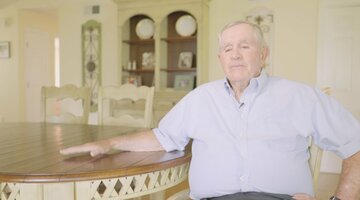 2:07
Exclusive
Who Was Alphonse Silva?

In the spring of 1990, 82-year-old Alphonse Silva underwent treatment for throat cancer, and he was subsequently admitted to the Rosedale Manor Nursing Home in St. Petersburg, Florida as part of his recovery process.

“[W]e hoped that Rosedale Manor would enable him to eventually recover and come home,” his son, Art Silva, told “License to Kill,” airing Saturdays at 6/5c on Oxygen.

Not long after Alphonse settled in, however, he passed away, and his family believed he had succumbed to the cancer. It was not until 10 weeks later that an investigation was opened into a Rosedale Manor nurse, proving Alphonse’s death was anything but natural.

On July 31, 1990, Helen Gasky-Brummer, who specialized in elder abuse at the Florida Department of Child and Family Services, received a call from the abuse hotline about a suspicious nursing home death. Muriel Watts, a 79-year-old comatose patient at Rosedale Manor, had passed away, but multiple nurse’s aides on duty at the time reported that they did not believe Watts had died from natural causes.

When Gasky-Brummer arrived at Rosedale Manor, she spoke with the licensed practical nurse in charge, who was convinced that some type of mishap had led to Watts’ death, piquing Gasky-Brummer's suspicion that foul play could have been involved.

“Nurses see death every day. Why is she concerned about this one patient?” Gasky-Brummer told producers.

The night of Watts’ death, the LPN in charge of the wing was Brian Rosenfeld, and witnesses reported an alarming interaction between him and the comatose patient.

“Muriel Watts had a fever. Brian Rosenfeld put some Tylenol down the tube, but then two aides had observed him pouring some brown liquid, a huge amount, down her feeding tube,” former Tampa Bay Times reporter Stephen Nohlgren told "License to Kill.”

When an aide asked Rosenfeld why he was administering the mystery liquid, he instructed her not to question his methods, and she later heard Rosenfeld say that Watts “would be gone soon.”

Within hours, Watts was dead, and Rosenfeld insisted on cleaning her body before the undertaker arrived, a task that was normally carried out by nurse’s aides. Even stranger, he washed Watts’ entire body with mouth wash and refused to let anyone else help or touch her remains.

In order to have Watts’ body examined for evidence and halt her scheduled cremation, Gasky-Brummer contacted local authorities to report her suspicions, and the Pinellas County Sheriff’s Office took on the case.

After speaking with Gasky-Brummer and reading her investigative report, Pinellas County Sheriff’s Office Deputy Chuck Vaughn placed a hold on Watts’ remains, and an autopsy was performed by the medical examiner’s office.

Vaughn then made his way to Rosedale Manor, where he learned that Rosenfeld had been fired not just for the Watts incident, but also for recurring behavioral issues.

Nursing aides also described Rosenfeld as “sadistic” and said he had come “to enjoy inflicting pain on other people,” Nohlgren said.

Digging further into his background, investigators learned Rosenfeld had worked in more than 16 nursing homes over a 10-year span, and former colleagues relayed incidents in which Rosenfeld would physically abuse his patients. Some recalled that he bent patients’ fingers back until they screamed in pain, and other co-workers detailed times when Rosenfeld threw water on a patient and shoved a banana down another’s throat.

Any time nursing assistants challenged Rosenfeld and his behavior, he would simply pull rank.

No formal complaints were ever filed against Rosenfeld, however, and there was no physical evidence or proof to validate the witnesses’ claims. So, he went on to work in multiple nursing homes without consequence.

“It was hard to tell whether he was fired or whether he left on his own, but it could be what would lead to him jumping from nursing home to nursing home,” Gasky-Brummer told producers.

While Watts’ autopsy revealed no external signs of injury and no definitive cause of death, investigators sent blood and gastric content samples to the lab for further analysis. Vaughn then met with Rosenfeld at his apartment to discuss the various complaints against him, which he claimed were nothing more than malicious accusations.

After the toxicology report came back, it revealed that Watts’ blood had toxic levels of acetaminophen and five times the normal dose of a drug called Melleril, which is an antipsychotic medication normally prescribed to patients with schizophrenia or mood disorders.

As Watts was comatose, there was no reason for her to have Melleril in her system, according to “License to Kill.”

Authorities brought Rosenfeld in for an interview on Aug. 23, 1990, and he told investigators that due to him being stressed and overworked, he may have accidentally administered the wrong medication to his patients. When questioned about Watts, Rosenfeld admitted he possibly could have given her the Melleril in error.

“He said, ‘I have occasionally mixed up medications for patients,’ and he even went so far as to say it was about 50 percent of the time,” Larry Bedore, chief investigator for the medical examiner’s office, told producers.

Rosenfeld was then arrested for Watts’ murder and held without bail, and law enforcement began to expand its investigation, learning that a total of 201 patients had died during Rosenfeld’s shifts, according to “License to Kill.”

“That gave us a list of potential bodies that needed to be investigated for evidence of malfeasance on Brian Rosenfeld’s part,” Assistant Medical Examiner Jackie Martino told producers.

Investigators narrowed down the investigation to three cases — including Alphonse and Hazel DeRemer, an 81-year-old Alzheimer’s patient who died three years earlier — in which the bodies could be exhumed and autopsied for evidence.

As they awaited the autopsy results, David Greenway, a former cellmate of Rosenfeld’s, contacted authorities and told them that Rosenfield had admitted to injecting a female comatose patient with Melleril because he felt sorry for her.

He claimed Rosenfeld said he had done this on numerous occasions and had claimed approximately 23 victims across various nursing homes.

It was ultimately revealed that Alphonse and DeRemer had lethal amounts of Melleril in their systems, and Rosenfeld’s charges were upgraded to three counts of first-degree murder.

The case never went to trial, however, as Rosenfeld agreed to plead guilty in order to avoid the death penalty. He was given three life sentences without the possibility of parole.

To learn more about the case, watch “License to Kill” on Oxygen.com.