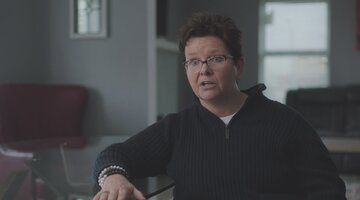 0:54
Exclusive
What Happened To Robert Courtney? 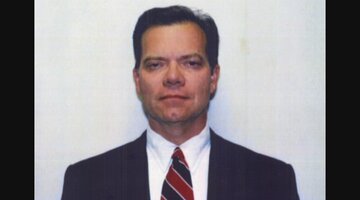 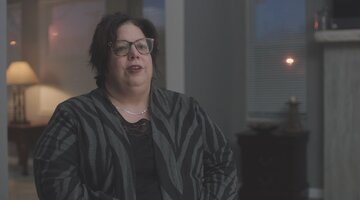 1:20
Exclusive
Who Was Carol LaBruzzo?

In January 2001, Pat Withers was given a diagnosis that to many patients feels like a death sentence: cancer.

To Pat, however, it was more of a gut check. The 70-year-old had been healthy and active her entire life, and she attacked the disease “in a very positive way,” according to her son, Clayton Withers.

“I’m a local pastor, and so we were extremely confident in God’s power to both heal and also to give comfort,” Clayton told “License to Kill,” airing Saturdays at 6/5c on Oxygen.

Pat trusted her oncologist, Dr. Verda Hunter, with her life, and after undergoing surgery to remove a malignant tumor on her uterus, she began chemotherapy treatments at Dr. Hunter’s office inside the Research Medical Center in Kansas City, Missouri.

Dr. Hunter had created her own infusion center, and the drugs were prepared right before they were administered to her patients at the Research Medical Tower Pharmacy, which was owned by well-respected pharmacist Robert Courtney.

“[Courtney] would physically mix the compounds that were needed for each of the treatments for Dr. Hunter’s patients … She trusted the pharmacist because they’re one of the most trusted professions in the world,” FBI Supervisory Special Agent Judy Lewis-Arnold told producers.

As Pat started her chemotherapy, she was surprised by how strong she felt, and three weeks into treatment, she had not lost a single hair on her head and was experiencing no other side effects. That is when Pat and her family learned the cancer was not responding to the drugs, and that it had spread significantly throughout her body, affecting her colon and liver.

“She literally wasted away to almost nothing,” Clayton said.

“When I talked to Dr. Hunter’s staff, they conveyed to me that they weren’t seeing the hair loss with the Taxol regiment and the nausea and vomiting with the Gemzar regiment … that was troubling to me,” Ashley told producers. “And so that got me to thinking, ‘I wonder if these patients were getting the full dose of their chemotherapy.’”

When Ashley asked the staff where the office had obtained the drugs, they indicated it was from Courtney’s pharmacy. Ashley then examined a utilization report, and he found that Courtney was buying far fewer drugs than the amount he was selling to the doctors.

He also discovered that Courtney was selling Gemzar vials for $20 less than the Eli Lilly price.

“That did not make any sense because that meant that he was losing $200 to $300 per patient by providing them [a] drug,” Ashley told “License to Kill.”

Taking into consideration the lack of drug toxicity, the lack of volume, and the medication price, Ashley suspected Courtney was diluting the chemotherapy treatments. When he shared these concerns with Dr. Hunter, she took a sample of a prescription provided by Courtney’s pharmacy and sent it out for testing.

On June 12, 2001, Dr. Hunter received the results, showing that the sample had only 30 percent of the potency that she had ordered for the patient’s prescription. Following the confirmation, Dr. Hunter ceased doing business with Courtney, had her chemotherapy prescriptions filled at another pharmacy, and trained her staff to do the drug compounding in-house.

She also contacted the FBI to report her findings, and that July, the agency opened an investigation into Courtney alongside the FDA. Agents soon met with Dr. Hunter, who provided additional samples of chemotherapy prescriptions prepared by Courtney.

The seven samples were sent to the national FDA forensics lab in Cincinnati, Ohio for testing, and when the FBI’s Kansas City office received the results, it was discovered that the prescriptions contained only 17 to 39 percent of the required medication.

“This wasn’t just a typical prescription that a pharmacist was shorting to make a profit. This was actually affecting people’s lives,” FDA Investigator Stephen Holt told “License to Kill.”

Authorities also learned that Courtney had amassed around $19 million from diluting the prescriptions, shedding light on the pharmacist’s motive.

To prove that Courtney was responsible for the dilution, authorities ran a sting operation with the help of Dr. Hunter, who ordered chemotherapy infusion bags from the Research Medical Tower Pharmacy. Courtney then prepared and initialed the prescriptions, bringing them to her office himself.

When Courtney handed off the IV bags to a nurse, she delivered them directly to an FBI agent and an FDA agent who were waiting inside the office. The agents then flew the prescriptions to Ohio for FDA testing, and the results were ready the next day.

One sample of Taxol detected 28 percent of the drug, a bag of Gemzar detected 24 percent, and another Gemzar sample detected 0 percent.

“They might as well have been being treated with a saline solution. There was no therapeutic benefit that was being had by the patient,” Holt said.

On Aug. 13, 2001, a search warrant was issued for Courtney’s pharmacy. While speaking with investigators, he admitted to providing the medications requested by Dr. Hunter before asking to speak with an attorney.

The Research Medical Tower Pharmacy was quickly shut down, and as authorities assembled the evidence for trial, they filed a one-count complaint against Courtney for adulteration and misbranding for the diluted medication. He later turned himself in to the FBI.

As local media picked up the story, calls from cancer patients and their families poured into the FBI, worried that Courtney’s actions might have affected their treatments. When Clayton took his mother for her final round of chemotherapy, they found the pharmacy closed, and they were directed to receive treatment at the hospital.

“From the moment my mom got her treatments at a different location actually in the hospital, everything changed for her physically. Within a few days, she began to lose her hair. She did feel nausea, and she had never felt any of those things before,” Clayton told producers.

On Aug. 23, 2001, Courtney was indicted by the federal grand jury for the tampering of chemotherapy medications. As part of a deal with prosecutors, he ultimately pleaded guilty and admitted to diluting almost 160 doses that went to 34 separate patients, reported CBS News.

Courtney also agreed to debrief investigators on the extent of his crimes, and authorities learned that his actions had affected at least 4,000 patients and 98,000 prescriptions.

“One of the statements Courtney made in the interviews was, whatever I could dilute, I did dilute for as long as I’ve been a pharmacist, which was 1975,” Lewis-Arnold told producers.

On Dec. 5, 2002, Courtney was sentenced to 30 years in prison. The $19 million he earned from diluting patients' medications was seized and distributed among his victims and their families.

Pat passed away from cancer in November 2001.

“The end of my mom’s life was incredibly peaceful,” Clayton said. “My mom actually modeled what forgiveness looks like when you’re the victim, even in the face of a terrible injustice done to her.”