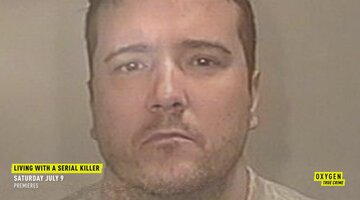 Now Playing
1:00
Preview
Your First Look at Season 2 of ‘Living With a Serial Killer’ 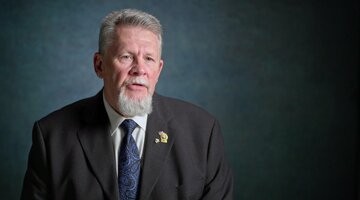 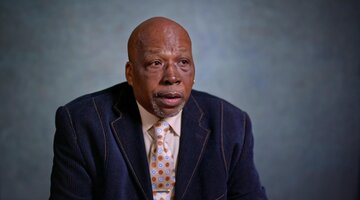 This article has been updated to reflect the 2022 season of "Living With A Serial Killer."

Kerri Rawson once thought of her father as her best friend.

A self-described daddy’s girl, Rawson looked up to her father, a respected compliance officer for Park City, Kansas who used to give her bear hugs and call to ask whether she had checked the oil in her car, according to a 2015 The Wichita Eagle article.

He was a leader in his church, once volunteered with the Boy Scouts of America alongside his son, and even built a treehouse in the back of his small three-bedroom ranch for his children to play in, Rawson later told  ABC’s “20/20" in 2019.

But the image Rawson had of her father, Dennis Rader, would be shattered in 2005 after he was arrested for being the “BTK” killer, an acronym referencing Rader’s habit of binding, torturing, and killing his victims.

Rader would coldly admit to killing 10 victims — ranging in ages from 9 to 62 years old — over nearly two decades in his sentencing hearing in 2005. But it was the way he had described his own family, calling them social contacts and “pawns” in his devious game, that would cause Rawson to question everything she thought she knew about the man who had raised her.

Rawson’s struggle to make sense of the two opposing versions of her father mirrors the experience many children of serial killers have after being forced to confront whether the positive memories they had of their parent came from a place of real love. Discovering your loved one is a killer is a struggle documented in in Oxygen’s "Living With A Serial Killer,” which returns for Season 2 on Saturday, July 9 at 9/8c on Oxygen.

Katherine Ramsland, a forensic psychology expert who wrote the book “Confession of a Serial Killer: The Untold Story of Dennis Rader, the BTK Killer,” after extensive correspondence with Rader, told Oxygen.com it’s difficult to know whether serial killers are capable of actually loving their children.

“How deeply does any given parent feel for their child? It’s not for an outsider to be able to evaluate, so I think the same question can really be asked for anyone. How do we know?” she asked.

It may be impossible to get inside the mind of another, but Ramsland said there have been serial killers who have exhibited “loving and protective behavior over their own families even as they are killing the children of other families.”

For example, serial killer Israel Keyes — who is suspected of killing multiple victims across the country — reportedly tried to make a deal with prosecutors to protect his young daughter from discovering his sinister double life, Ramsland wrote in an article for Psychology Today.

“I want an execution date,” Keyes allegedly said. “I want this whole thing wrapped up and over with as soon as possible. I’ll give you every single gory detail you want, but that’s what I want because I want my kid to have a chance to grow up … and not have all this hanging over her head.”

Ramsland questioned, however, just how powerful that protective instinct might have been.

“I think it was a pretense that he really cared about her, but on the other hand, his murders were all highly narcissistic and he had to know if he got caught … there’s no way you’d keep that out of the press,” she told Oxygen.com. “So, he had to know it would affect her.”

Devious Deception or Targets Of Rage?

Ramsland said the relationship serial killers have with their children can be complicated — and there is no uniform experience.

Some killers like Belle Gunness, who lived in Illinois and Indiana in the late 1800s and early 1900s, are suspected of killing their children. While Gunness was never able to have any children of her own, she served as a foster mother and stepmother to multiple children who died in her care, according to the LaPorte County Historical Society Museum. Several of Gunness’ husbands and romantic suitors also mysteriously died or disappeared — with Gunness once claiming her husband, Peter Gunness, died accidentally after being hit in the head with a sausage grinder.  After her small farm burned to the ground on April 28, 1908, investigators discovered 13 bodies buried on the property.

Another more modern example of a killer who turned against her own offspring is Stacey Castor: a notorious Black Widow who tried to pin the deaths of her two husbands on her daughter by staging a suicide and leaving behind a suicide note that seemed to take credit for the deaths. Castor’s daughter survived, however, and was able to point authorities toward her own mother.

Other serial killers like Philadelphia’s Joseph Kallinger, who was once known by the nickname “Crazy Joe," coerced their children into taking part in their heinous crimes. Kallinger took his son Michael on a killing and kidnapping spree in the 1970s.

Kallinger and Michael, who had been just 13 at the time, broke into homes during the crazed spree, terrorizing the home owners, sexually abusing women, and even killing, The New York Times reported in 1996. But not all of his children received the special treatment he gave Michael. He was also later convicted of killing his son, Joseph Kallinger, not long after the 14-year-old had reported him for child abuse, disposing of the remains in the ruble of an old building.

Joseph and Michael served time behind bars, but the younger Kallinger was later released, changed his name, and disappeared, seemingly leaving his past behind him.

However, according to Ramsland, the more common route most serial killer parents take with their children is deception: covertly covering any sign of their murderous ways in front of those they love.

Serial killers are often able to compartmentalize, convincing themselves that “they are good people because they are raising good kids and are good neighbors … while the secret core of their identify remains” hidden, she said.

Gary Ridgeway’s son, Matthew Ridgeway, believed his father to be a loving and supportive parent who never yelled and often took him camping or on bike rides.

“Even when I was in fourth grade, when I was with soccer, he’d always, you know, be there for me,” Matthew later told investigators, The News Tribune reported in 2003. “I don’t think I ever remember him not being there.”

Gary, who earned the nickname The Green River killer in the press, is suspected of killing at least 48 women. He often used his son while on the hunt for his victims, showing the women his son’s picture or the boy’s room to put them at ease, the paper reported.

Gary once even picked up a woman with Matthew in the car and killed her in the nearby woods, later returning to tell his son that the woman had just decided to walk home.

When the dark truth is revealed, the children of the serial killers are left grappling with what that means for their relationship, while the killers themselves often view the relationships in the same way they always have.

“They still continue to believe they can have relationships with their kids, which some of them do,” Ramsland said, adding that the killers often view themselves as the same person they always were.

The revelation can be much more devastating to their children.

“They are the ones that have to struggle because they feel betrayed and suddenly, they see the behaviors in a new light,” she said.

Rawson didn’t speak to her dad for two years after he described his family as “pawns” at his sentencing hearing, but she has slowly re-established the relationship.

Now a married mother of two, she told PEOPLE in 2019 that she spent the first few years after the devastating discovery going to therapy and working through the complicated feelings she has for her father.

“For those first seven years, I was BTK’s daughter,” she said. “He was BTK and I was BTK’s daughter. I wasn’t Kerri and he wasn’t Dad. It wasn’t until I really let go of some of that hardness and anger that I was able to come back more to the person I was and then find my dad again.”

She admitted her father is likely a psychopath and narcissist — and doesn’t condone the countless lives he took — but believes there’s another side to him as well.

While little is known about how Ted Bundy’s biological daughter — who he conceived in prison with former wife Carole Ann Boone — views her father today, his longtime girlfriend's daughter, Molly Kendall, has also recently decided to speak out about the man she once viewed as a father figure.

Kendall’s mother, Elizabeth Kendall, dated Bundy for years before he was arrested in 1975 for the kidnapping of Carole DaRonch.

In the re-release of her mother’s memoir “The Phantom Prince: My Life With Ted Bundy,” Molly remembered trips to the zoo where Bundy would playfully pretend to feed her to the crocodiles or the time her cat gave birth to kittens and he quickly revived one that had appeared to be stillborn.

“Ted brought so much joy into our lives,” Molly wrote in a chapter from her perspective. “We felt really lucky that he was our guy.”

But Molly’s feelings drastically shifted after Bundy was arrested. Authorities believe he killed more than 30 women during his rampage.

“I had loved Ted with my entire heart, but when forced to accept the truth of who he really was, I could no longer sustain that love,” she wrote. “I cannot love a person who enjoys torturing, raping, maiming and killing women.”

Melissa Moore, the daughter of the serial killer Keith Jesperson, also struggled to reconcile the complex feelings she felt toward her father after he was arrested for killing eight women when she was just 15 years old. Jesperson is known as “Happy Face Killer" because of the smiley faces he often wrote on letters to the media or authorities.

While Moore had loving memories of her father, she also remembered his rage — particularly one disturbing incident where he had hung some small kittens from a clothes line when she was a child, ABC News reported in 2009.

Rather than shrink away from the connection to her father, in the years since she discovered the truth, Moore has become an outspoken advocate to help other children of killers.

“I know I’m in the perfect place at the perfect time, telling my story to those who have been searching for answers within the dark crevices of their own souls,” she wrote in her book “Shattered Silence: The Untold Story of a Serial Killer’s Daughter.” “I know that I’m bringing light into that darkness. I know that I’m literally breaking the chains of horror, secrecy and devastation.”

She also serves as the host and executive producer of the LMN show “Monster in My Family.”

Moore told ABC News in 2015 she still struggles to forgive the man she once thought was a loving father.

Regardless of whether or not the children of serial killers are ever able to reconcile with their infamous parents, Ramsland said they are often left haunted by their past.

“Often, they just feel very alone, like you could never understand this?” she said.

For more on this topic, watch Oxygen’s "Living With A Serial Killer,” which returns for Season 2 on Saturday, July 9 at 9/8c on Oxygen

What To Know Before 'Serial Killer Week' Premieres