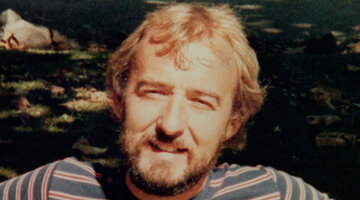 Now Playing
0:56
Preview
Your First Look at Manifesto of a Serial Killer 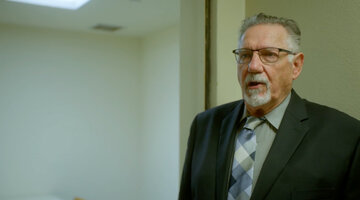 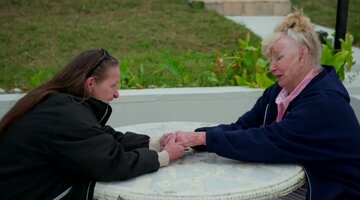 On June 2, 1985, Leonard Lake was arrested near San Francisco for carrying a gun and an illegal silencer in a stolen car he was driving.

The arrest led officials to a cabin in Wilseyville, California owned by Lake’s ex-wife, Claralyn “Cricket” Balazs. There, they discovered something horrifying: Lake, 38, and his associate Charles Ng, 25, had used the secluded property as a torture-murder compound, according to The New York Post. Police found human remains at the cabin, as well as videotapes and written documents outlining “Operation Miranda,” Lake’s depraved plans for enslaving women, reported The Associated Press.

“Manifesto of a Serial Killer,” streaming now on Oxygen, takes a deep dive into the shocking case of the two serial killers who worked in tandem to kill and torture women. But what did Lake's ex-wife, Balazs, know as the owner of the cabin?

Balazs, who’d worked as a teacher’s aide, married Lake in 1981. They separated a year later, the New York Times reported in 1985. However, she maintained a relationship with him after the split.

RELATED: How Police Knew Baton Rouge Had Multiple Killers ‘In Hunting Mode’ At Once

Early on in the investigation, Balazs was a key witness, according to a 1985 Associated Press report, especially because while he was in custody after his arrest, Lake poisoned himself and died. Investigators were left with pressing questions about what Lake had done.

One of the mysteries detectives faced revolved around the photographs of 21 women found inside a bunker on the Wilseyville property. Balazs was questioned about the pictures.

“Claralyn admitted to us that Leonard Lake was into photography and Leonard liked to take pictures of these young girls,” Ed Erdelatz, a homicide detective with San Francisco Police Department, told “Manifesto of a Serial Killer.”

But did she know that he was then torturing and murdering them?

“She said, ‘I just thought he was living this very active fantasy life,’” said Erdelatz. “She played along with it, not really believing that he was intending to commit all these crimes and abduct women.”

Following the interview with police, Balazs hired an attorney.

“That was the end of any more interviews with Claralyn,” according to Erdelatz.

In a KGO-TV statement, Balazs said: “I have cooperated with the police to the best of my ability. I wish to express my concern for the people affected by this investigation. On advice of my attorneys, I will make no further statements at this time.”

Balazs’s legal team asked for “blanket immunity” before sharing more information with investigators. In return for immunity from prosecution, Balazs eventually agreed to testify against Ng.

However, having been granted this deal, she was not asked any questions by the prosecution after taking the witness stand, according to “Die For Me: The Terrifying Story of Charles Ng/Leonard Lake Torture Murders.” Attorneys regarded her as an unreliable witness.

“Despite the fact that Claralyn’s property was clearly a crime scene, police could not prove that she had any involvement in the horrors that occurred there,” Jim Wieder, a former Bay Area crime reporter, told “Manifesto of a Serial Killer.”

No charges were ever filed against Balazs.

To learn more about the case and what Balazs did with the Wilseyville cabin, watch “Manifesto of a Serial Killer,” streaming on Oxygen.com.

Where Are The Murderers In 'Serial Killer Capital' Now?

Manifesto of a Serial Killer