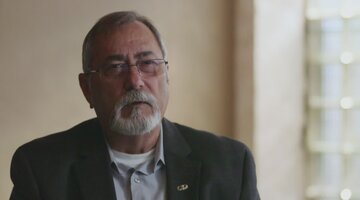 1:43
Mark of a Serial Killer
Mark of a Killer: Hikers Find a Brutally Murdered Body in Los Angeles (Season 1, Episode 5) 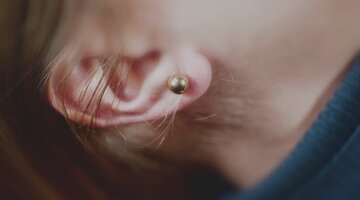 1:23
Mark of a Serial Killer
Mark of a Killer: Rodney Alcala was a Collector (Season 1, Episode 5) 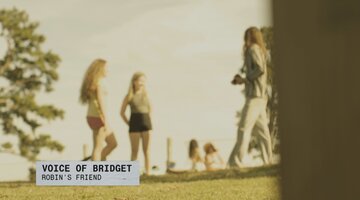 The name Charles Albright may not immediately ring a bell, but the media-anointed nickname “Eyeball Killer” very well might.

Albright was a seemingly normal man who was raised in Oak Cliff, Texas by overly protective adoptive parents. He also lived there in the early ’90s with his girlfriend, Dixie. He was charming, underemployed, and often asked to babysit neighborhood kids.

Nobody suspected a thing about him when a string of sex workers were shot and murdered starting in December 1991 with the brutal death of Mary Lou Pratt, according to the New York Daily News. While homicide was common in the area — around 500 homicides happened that year in Dallas, around ten times the amount in more recent years — the nature of these deaths startled investigators.

These women were all missing their eyes.

Removed with surgical precision, the person who removed these women’s eyes would have had to have extremely deft training in anatomy — not that any doctor is quite taught how to remove the ropy optic nerve, and all 6 major muscles connecting the eye to the socket, without harming the eyelids at all. This “mark” or modus operandi was eventually what helped lead authorities to Albright, who is the subject of the next episode of “Mark Of A Killer” which airs Sundays at 7/6c on Oxygen.

Charles Albright, who went to trial and was convicted for one of those murders, had a fascinating youth replete with clues about his relationship to eyes. Albright was to serve the rest of his life behind bars, but what happened before? What in his life had happened that he even knew these highly advanced skills? Why the eyes?

(Charles Albright was adopted by Delle and Fred Albright)

Given a gun at a young age, Albright started shooting small animals like squirrels and rabbits, and his mother Delle, a school teacher, was quick to introduce him to taxidermy. In 1944, when Albright was about 11 years old, his mother enrolled him in a mail-order course where “he learned how to pop an eye out of its socket without damaging the surrounding tissues,” the New York Daily News reported. But his family didn’t have enough money for him to replace the eyes of his stuffed animals with the glass taxidermy eyes found in expensive stores — so his mother substituted buttons from her sewing kit instead.

“He loved their iridescent gleam,” reported Skip Hollandsworth in a Texas Monthly feature that went deep into the life of Charles Albright and the investigation of the murders. Albright coveted the taxidermy eyes. “He wished he could collect them the way other boys collected marbles.”

(Charles Albright was the star halfback on his college's football team.)

Hollandsworth, whose tome on Albright’s life featured selections of interviews with the serial killer, specifically looked at signs of Albright’s interest in eyes in his youth. While at Arkansas State Teachers College, Albright continued seemingly harmless prankster antics.

When his friend “Andrew” broke up with his girlfriend, Albright retrieved discarded photographs of the woman and cut out her eyes, replacing them in the photo of Andrew’s new girlfriend. Albright attached more cut-outs of her eyes elsewhere, like on Andrew’s ceiling and in the urinal. The ex-girlfriend apparently had beautiful, almond-shaped eyes. 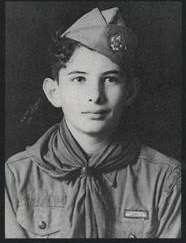 Albright, who bumped around from career to career, had a stint as a stylist at beauty salon, Hollandsworth reported. When a stylist friend asked him to paint his wife — Albright, though self-taught, was a talented painter as well — Albright worked for weeks without finishing the painting.

His insistence on “a special feature” that needed extra attention didn’t soothe his friend, who was tired of being kept waiting and dropped by to see the painting. Everything was done except for the eyes. It took him months to paint the eyes.

In an interview with Albright, Hollandsworth asked him about the eyes. “Well, I do want to paint fine eyes. That’s every other artist’s weakness — they can’t paint eyes,” said the man.

(Charles Albright was known as the "most good-natured, eager-to-please of children" according to Hollandsworth's Texas Monthly feature.)

Perhaps bitter about his own thwarted dreams of becoming a surgeon, Albright recounted a story to Hollandsworth about Irv Stone who was on a softball team with him, remembering how others would call him “Dr. Stone.” Stone was the head of the Dallas County forensic science department, which was instrumental in putting Albright away.

“So finally I said something to him about supraorbital foramen bothering me. He’d say ‘Huh’ I’d say, ‘You know, where the ophthalmic division of the trigeminal nerve comes through and feeds my eyebrow up here. It’s really been bothering me,” recalled Albright in his interview with Hollandsworth. He was referring to the “little ridge” right above one’s eyes.

“And Irv, sort of cocky, said ‘I hate to inform you that I am not a medical doctor.’ I’m surprised he didn’t know his anatomy.”

Perhaps Stone was surprised that his teammate was performing an elaborate “gotcha” when he could have just said he had a headache.

Albright’s preoccupation with eyes is palpable in all of these stories of his youth. His expertise was a source of pride for him, as the anatomy anecdote reveals. His reasoning, less clear.

When Hollandsworth asked Albright who would cut out the eyeballs of women, Albright said: “I don’t know the purpose behind it, unless that person thought the women wouldn’t be able to see without their eyes in the next world — which is sort of ignorant.”

Albright was sentenced to life for murder with a deadly weapon, and is incarcerated at a psychiatric unit in Lubbock, Texas, according to Texas Department of Corrections.

Learn more about serial killers and their special MOs on "Mark of a Killer," on Oxygen, Sundays 7/6c.